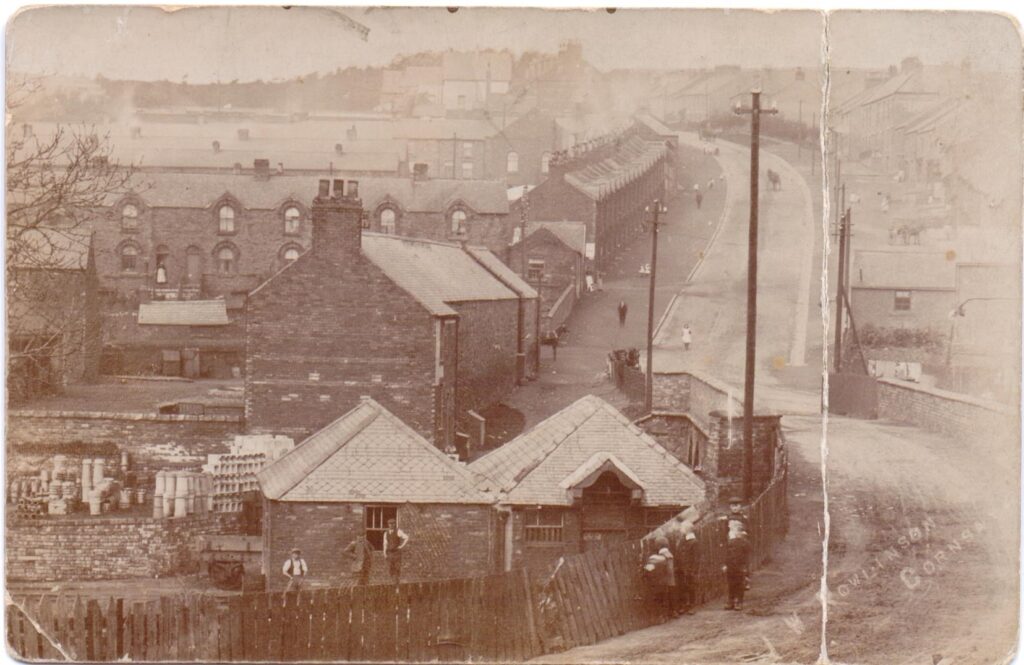 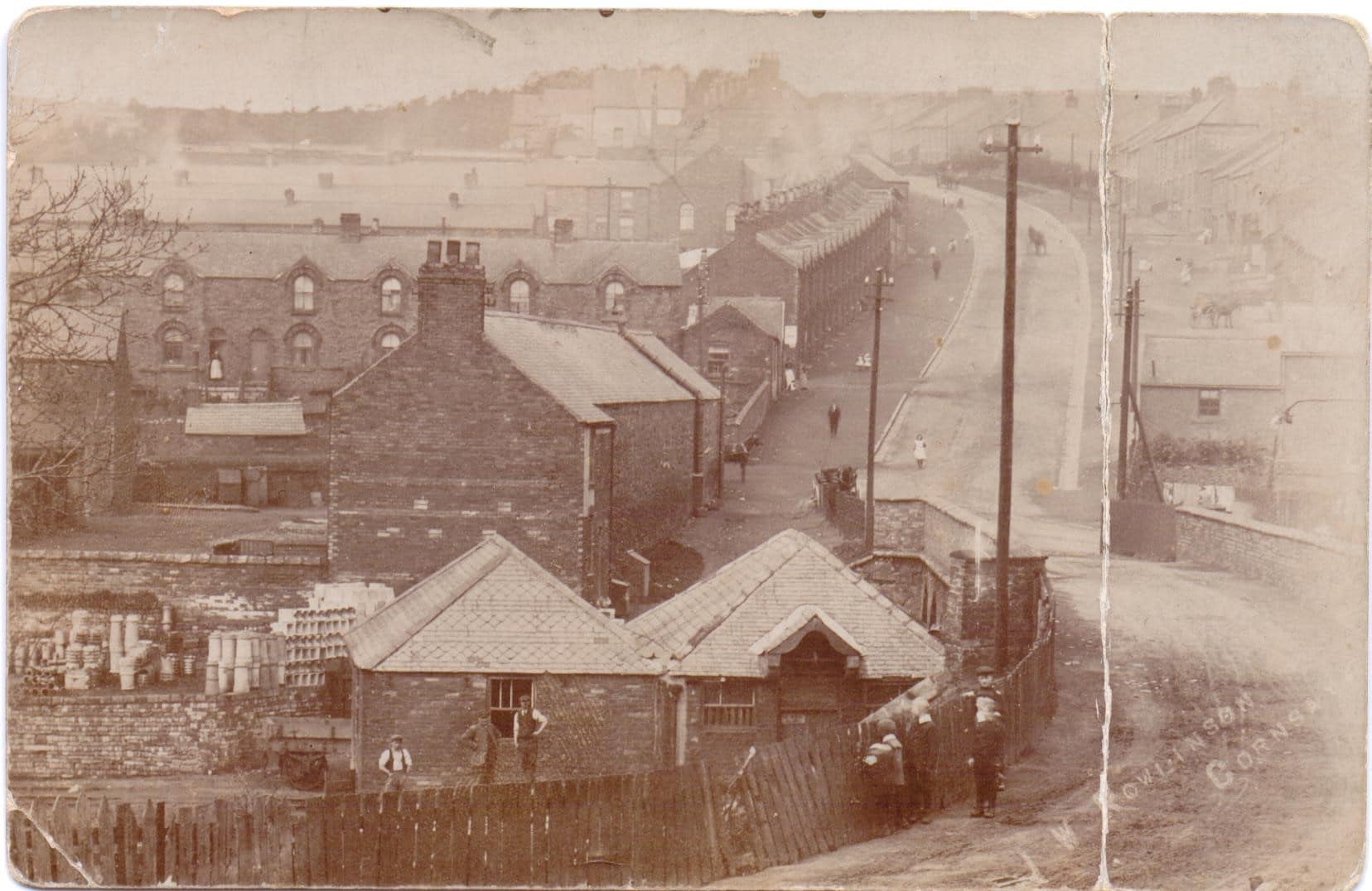 On January 6th 2022, the long-awaited 1921 England and Wales census was released to the public on the family history website, Findmypast. Awarded the contract from The National Archives in 2019, Findmypast has worked tirelessly with conservators, technicians, and transcribers to make this massive collection of more than 30,000 bound volumes of original documents available online and fully searchable. Taken on 19 June 1921, the survey of 38 million people is a massive addition to the family history community.

Tamsin Todd, CEO of Findmypast, said: “Taken between two world wars, following a global flu pandemic, during a period of economic turmoil and migration from the UK, and with social change at home as women won the right to vote, the 1921 census documents a moment in time that will resonate with people living today.” What makes it even more valuable is that the 1931 census was destroyed in a fire in 1942, and the 1941 census was never taken, so it is the last census available for 30 years! 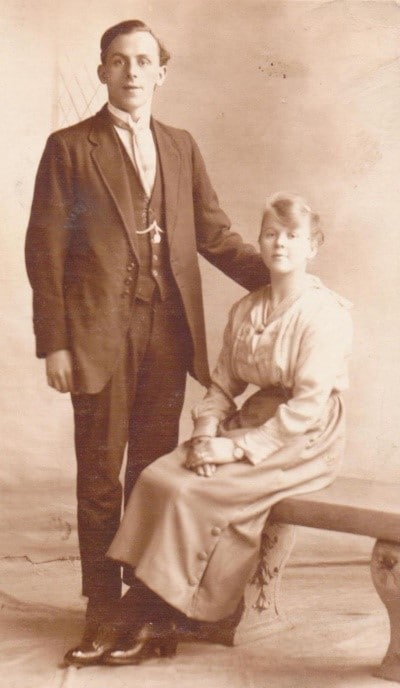 Previous censuses asked all persons in the household questions such as age, birthplace, occupation, and residence, but the 1921 census also asked for place of work and employer details, full or part-time education, and those who were out of work. Marital status now included “divorced” as an option, which 16,000 people chose to disclose (despite the stigma at the time). Those under 15 recorded whether mother, father, or both were dead. The effects of World War I are evident, with over 730,000 fatherless children being recorded and 1.7 million more women enumerated than men. Women are seen entering the workforce in higher numbers and in jobs typically given to men: “engineers, vets, barristers, architects, and solicitors.”

To search for your ancestor, visit www.findmypast.com.  You don’t need a subscription, but you do need to register, which is free. On the home page, click on “1921 Census” on the top menu bar.  You can search by a name and birth year or click on “advanced search” for more search field options. The remarkable thing about this index is the vast array of search options. Besides the typical search fields for name, birth year and birthplace, and location, there are options such as nationality, institution name, vessel name, occupation, employer, branch of service, orphanhood, education, language spoken, and keywords. On a Findmypast Facebook live broadcast, one listener had luck finding her illusive ancestor by searching under “institution” for the blind school where her ancestor attended. There she was! Her name had been difficult to read and mis-indexed – the listener was elated! And yes, you can submit fixes when you find mis-transcriptions. 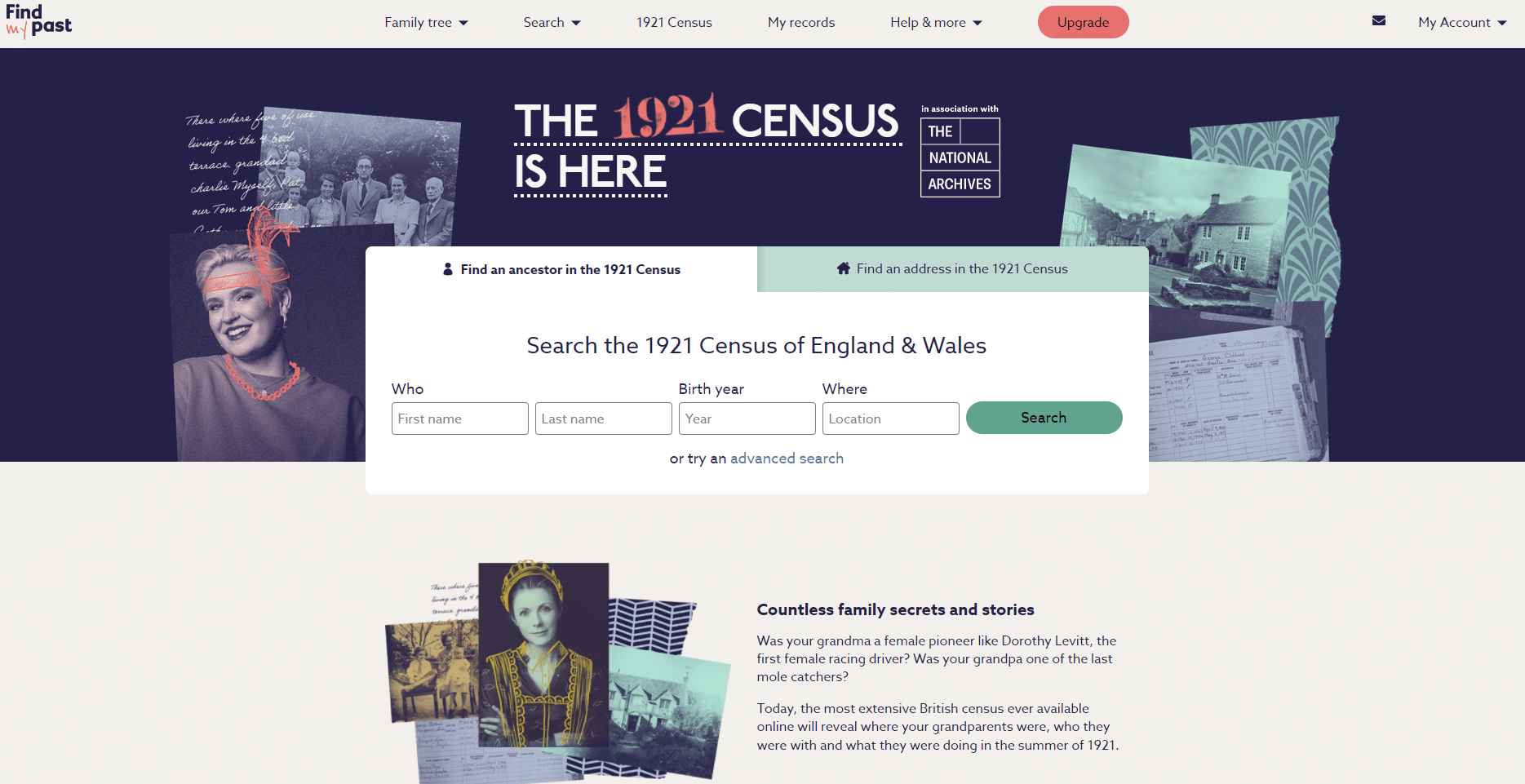 Although searching the index is free of charge, the pay-per-view cost is £2.50 for every record transcription and £3.50 (or about $5.00) for each image. Try searching the free index for each person you expect to be enumerated in the household to get a consistent parish and registration district. This will help eliminate false matches. You can also hover over the “Record transcript” icon for any index entry to see the first names of more household members.

In the 1921 census an entry was found for Charlotte (Saville) Parkin, cousin to my 2nd Great Grandmother, Emily Wanless. The Wanless family immigrated to Utah in the 1870s, and Charlotte wrote letters from England to her Utah cousins. Family history only has bits and pieces of Charlotte’s life from those letters. Here we find her living in Sheffield, England, of the age 53 years and 10 months and widowed. She was born in Sheffield, and worked from home as a shopkeeper. Enumerated with her are her daughter Nellie (age 21 years 8 months), son William (age 17 years 9 months), sister Eliza Goodlad (age 63 years 4 months and widowed), and a boarder named George Henry Smith (age 26 years 4 months) who worked as Fireman. In the bottom righthand corner is Charlotte Parkin’s signature. Another fun detail is in the bottom lefthand corner where is asked the number of rooms in the property, was recorded as five.

Enumerations were actually filled out on the back of the schedule. The front of the schedule, which includes the address, can be seen by clicking on “Extra (Address).”  New thumbnails will then be available at the bottom of the screen. By click on “Address” you can view the front of the schedule and learn the family’s address.  Here I could see that address for “Mrs. C. Parkin’s” household was 70 Penistone Road, Sheffield.

Other thumbnail options include the Census Collector Maps of the registration district and Plans of Division with the enumerator’s walking route showing the names of the streets. If you are struggling to locate your ancestor’s address on a contemporary map, these cross streets may provide the clues you need. You can download any of these images in the Options menu in the top right of the screen.

Once you purchase either a transcription or the original census image, they are saved under “My records” at the top of the website for quick access later. This is one database you won’t want to wait to dive into! If you feel daunted by the task, reach out to Price Genealogy – we’d love to help!

Who Do You Think You Are, “1921 census release date revealed,” published 27 October 2021 by Rosemary Collins (https://www.whodoyouthinkyouaremagazine.com/news/1921-census-release-date-revealed/#:~:text=Family%20history%20website%20Findmypast%20has,years%20owing%20to%20privacy%20restrictions: accessed 18 January 2022).