Many American history classes begin with New England settlement in the early 1600s. Even though other colonies which are now part of the U.S. were being settled around that time, the colonies comprising New England were among the first to band together and eventually call for independence. Because of westward expansion and migration, many people across the United States can trace ancestry from New England. Today, New England comprises the states of Connecticut, Maine, Massachusetts, New Hampshire, Rhode Island, and Vermont. If you have ancestors that resided in any of those states, this New England genealogy article is for you.

The earliest settlers in Massachusetts were the Pilgrims who settled Plymouth colony in 1620. During the Great Migration from 1620 to 1643, around 20,000 people migrated from England to New England. Massachusetts Bay Colony was established in 1630. In 1691, the Plymouth and Massachusetts Bay Colonies merged into the Province of Massachusetts. This included what is now Maine; Maine become its own state in 1820. The New Haven and Connecticut colonies were founded in the 1630s and merged into Connecticut Colony in 1662. The area of Vermont was disputed land between New York and New Hampshire, with people filing land claims with both colonies. Vermont declared independence from England and from both colonies in 1777. Rhode Island began as a safe haven for Roger Williams, Anne Hutchinson, and their followers.

Boston was a major immigration port until 1750 when other ports began competing with it. Many people who migrated to New England were religious dissenters in their home countries and came seeking religious freedom. Some who migrated within New England were religious dissenters from the colonies they left; others migrated because of geographic conditions that affected farming. Other than English immigrants, New England was also settled by French Huguenots, Irish, Scotch-Irish, Germans, Acadians, and French Canadians. Those who immigrated prior to the Revolution married into families of the English settlers of the Great Migration. After the Revolution, settlement was encouraged in some areas to offset the cost of the war. Many Irish came due to the potato famine of the late 1840s.

The New England colonies administered themselves at the town level, so genealogical records are most often found at that level. Towns in Rhode Island ran independently, and the colony had no county system until the eighteenth century.

Because religious freedom was a major factor drawing immigrants to New England, religious practices were a big part of many communities. Church records are a prominent resource. Church and town records are good places to find birth and christening, marriage, and death information. These records can also help prove relationships.

Census records are also a good record to search, especially early in the process as these can give clues to other records to research. The first federal census was taken in 1790. This census, and those through the 1840 census, contain the names of heads of household and tallies of age groups for males and females. The 1850 and later censuses name each individual. State censuses can be searched for Massachusetts, Maine, and Rhode Island. Prior to the Revolution, there were no federal censuses; however, some colonies and provinces took censuses, including New Hampshire and Rhode Island. Connecticut’s provincial census does not list any names.

Biographical sketches can be a good place to find clues for research, especially if your ancestor was a prominent individual in his community. These are often included in county histories and compiled genealogies. This can be a gold mine if it is well documented; be careful because such sources are not always well documented.

Probate and court records are a good resource, especially for ancestors in early New England. These records give the location and date of estate actions and may also give names and relationships of relatives. Maine, Massachusetts, and New Hampshire kept these records at the county level; Rhode Island kept these at the town level; Connecticut and Vermont kept these at the probate district level. Search will books, inventories, administrations, petitions, court order books, docket books, and registers.

Another good resource for early New England research is land and property records. Fathers may have given land to sons and sons-in-law; families that bought and sold land with each other often intermarried. Land records prior to 1850 are likely to include births, marriages, and deaths, and may also show location and relationships. Connecticut, Rhode Island, and Vermont (after 1780) kept land records at the town level. Maine, Massachusetts, New Hampshire, and Vermont (before 1780) kept land records at the county level. Note that in areas where land was disputed between two states or two colonies, the land records could be in either disputed jurisdiction, so search both when applicable. When searching, begin with deed and mortgage indexes, then use the information from the indexes to search the actual records. Include plat books, grants, warrants, patents, and surveys in your search. 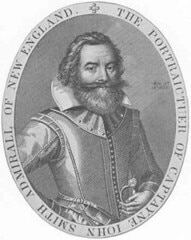 If your ancestors were among early New England immigrants, check published sources for lists of immigrants.

If your ancestor served in the Revolutionary war, or any other war, search for his service and pension records.

Many of these records are being digitized and placed online, but not all of them are there yet. Records can be found in the FamilySearch Catalog, the FamilySearch wiki, the Ancestry card catalog, the Redbook, and American Ancestors. County and town histories may be found through online archives, Google Books, and FamilySearch books.

The FamilySearch Wiki has pages for states, counties, and many towns. Within each state and county page are links to databases to search various record types, and information about those record types for that specific locality. To find the town pages, navigate to the appropriate county page then look under Populated Places. Here will be an alphabetical list of cities, towns, villages, unincorporated places, and census-designated places. Towns with links will either take you to the FamilySearch Wiki page or the Wikipedia page for that town.

In the FamilySearch Catalog you can do a search in Place for your ancestor’s town to find records pertaining to that town. A search for United States, Massachusetts, Franklin, New Salem yielded results for church histories, church records, genealogy, history, public records, schools-history, and vital records. Perusing these search results may lead to useful records that may mention your ancestors.

The Ancestry card catalog can be narrowed by place, year, and record type.

The Redbook Online contains information about every state in the U.S. including historical content, links to databases, and contact information for repositories and historical and genealogical societies.

To find digital county histories, search in Google Books or FamilySearch Books for the county name.

Note that church and town records are not always available online, so it may be necessary to contact the church office or the town clerk about record access. Contact information can be obtained through the FamilySearch or Ancestry wikies, or by a quick Google search.

Our specialists at Price Genealogy have many years of experience tracing New England families, and we are available to help you discover your ancestors and break through brick walls.

All photos are public domain.

Do you have any questions about New England genealogy?  Let us know in a comment below!