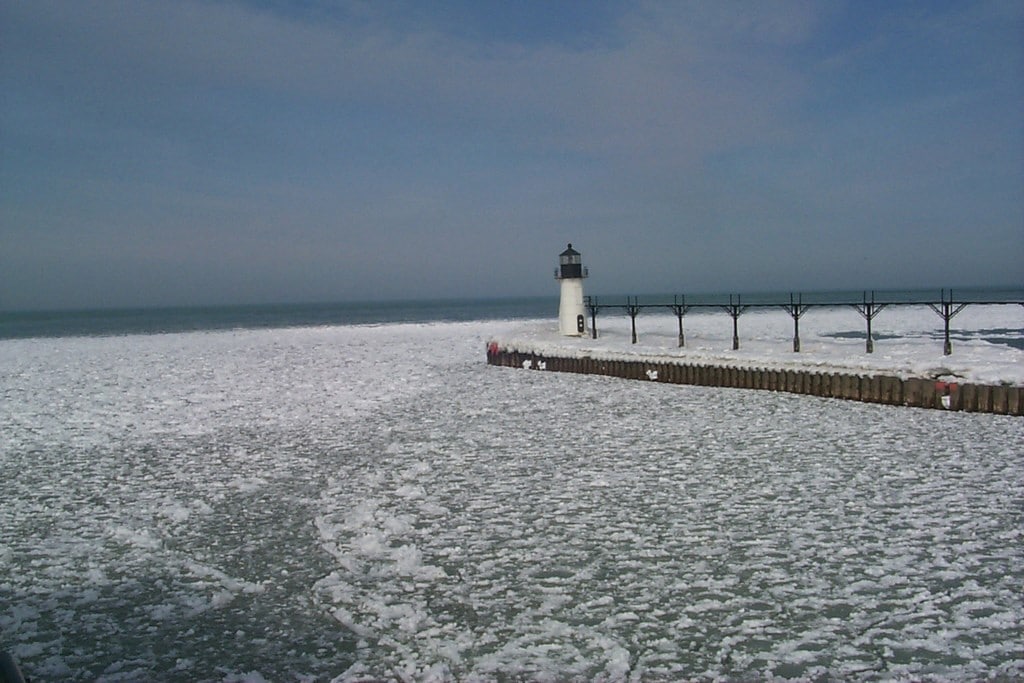 Home of Wisconsin cheese and Chicago deep dish pizza, the land around the Great Lakes has attracted settlers with its fertile soil and many rivers. The Great Lakes region of the U.S. includes the states of Illinois, Indiana, Michigan, Ohio, and Wisconsin. Before the states were formed, the land changed hands between European forces, then was organized and reorganized by the U.S. If you have ancestors in this area, it is important to pay attention to the jurisdictional changes, which will be explained shortly, along with other tips for researching Great Lakes ancestors.

The area that is now the Great Lakes region was first explored by the French in the seventeenth century. The French set up missions and forts in several parts of the area through the seventeenth and eighteenth centuries. France placed this land under their Louisiana government, until they lost it to the British in 1763 due to the French and Indian War. Twenty years later, the Great Lakes area became part of the United States through the Treaty of Paris following the Revolutionary War.

[i]While the French occupied the area, they formed alliances with the Native American tribes; this included trading with them and intermarriage. Tribes in the area included Chippewa or Ojibway, Potawatomi, Miami, Ottawa, and Menominee. After the land came into British control, settlement west of the Appalachians was discouraged because the land was reserved for Native Americans. After the Revolution, many tribes moved west of the Mississippi River to continue trading with the French, and the Americans began settling the area. 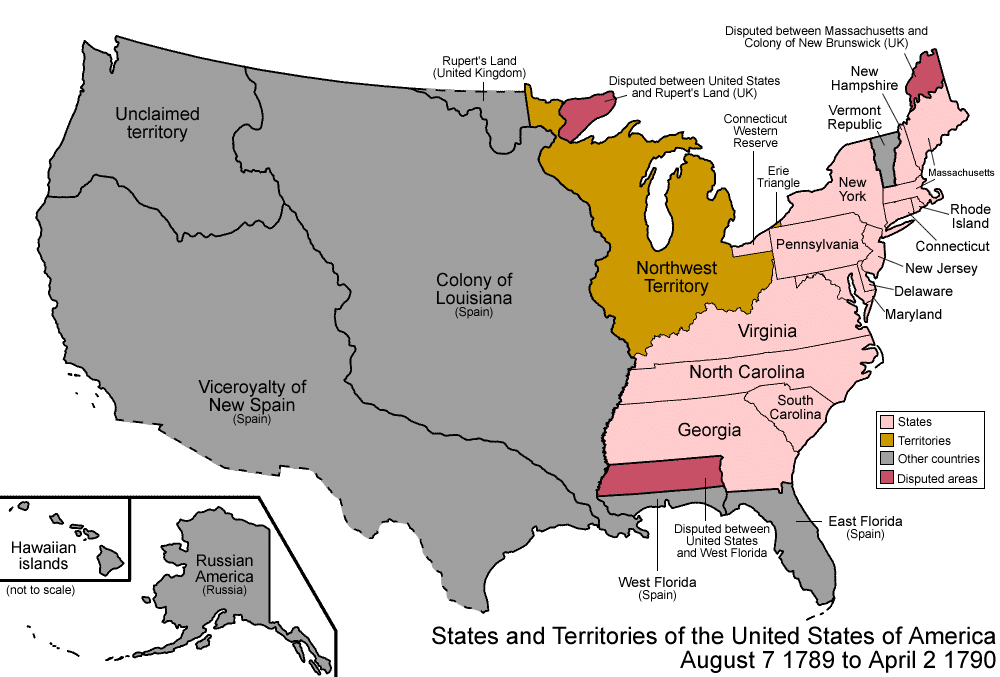 Many kinds of settlers were attracted to the Great Lakes area. Revolutionary War veterans received bounty land in this area. Some veterans claimed their land and moved there, while others sold their claims. The completion of the Erie Canal in 1825 accelerated migration into the Great Lakes area. People migrated over the Appalachians or by river from New England, the Mid-Atlantic, and the Southeast. After the Civil War, African Americans migrated from the South. European immigrants landing here included Irish, Finns, Norwegians, Swedes, Italians, Poles, Canadians, English, Swiss, Germans, Welsh, and Dutch. People also migrated out of the Great Lakes area to go further west to Kansas or Nebraska; some left for the California Gold Rush after 1849.

Census records are a good place to begin research on your ancestors, because they can give clues to other records to research. The Northwest Territory appears on the 1800 Federal Census listed as territory northwest of the River Ohio.  Michigan and Ohio first appear on the 1820 census. Indiana and Illinois first appear on the 1830 census. Wisconsin first appears on the 1840 census. Note that because of boundary changes, an ancestor could have lived in multiple territories without moving, so censuses of parent territories should be checked for early ancestors.

Another good record type is cemetery records, both the tombstones themselves and the burial records. Family members were usually buried near each other in the same cemetery, near the place that they lived or died. The burial records or sexton records may contain more information than the gravestones themselves. These records usually include birth and death information, and clues about military service or organizations the ancestor was in. Many gravestone images can be found online at Find-A-Grave or BillionGraves. Historical and genealogical societies often have transcriptions of gravestones in their local area.

Court records, both civil and criminal, are another good resource. The French were the first to set up courts before the area became part of the U.S. Before statehood, county and territorial courts were set up. Records include information about the parties involved in a case and may contain information about their relatives and neighbors. This may also be a source of juicy stories about your ancestors.

Probate records are good for researching early ancestors. These records give the location and date of estate actions and give names of heirs and tell how they are related to each other. For ancestors who died intestate (without a will), there are administrator bonds, inventories, and settlement records. For ancestors who died testate (with a will), there are executor bonds, wills, codicils, and settlement records. If a man died leaving behind minor dependents, there would also be guardianship records.

Another useful resource is land and property records. This includes records of bounty land awarded to Revolutionary War veterans. Fathers may have given land to sons and sons-in-law; families that bought and sold land with each other often intermarried. Boundary changes and disputes affected where the land transactions were recorded, so it may be necessary to check multiple jurisdictions in some cases. Deed and mortgage indexes point to the books the land transactions were recorded in, so start with the indexes in your search for land records. Include plat books, grants, warrants, patents, and surveys in your search.

Military records are also good to include in a search for your Great Lakes ancestors. Early American settlers to the area may have been involved in the Revolutionary War or the War of 1812. Later ancestors may have been involved in the Civil War or the World Wars. If your ancestor fought in one of the earlier wars, they may have qualified for bounty land. In any of the wars, the ancestor, or his widow or dependents may have qualified for a pension. Ancestors applying for such benefits would have had to provide sufficient proof to the government that they qualified, which creates a wonderful paper trail for genealogists researching them today. Military records can be searched at Fold3. Details of historical context and other resources can be found through the FamilySearch Wiki.

Another good record to search is newspapers. Newspapers may contain birth, marriage, or death announcements for your ancestors, obituaries, and social information. In small towns, everything made the news, so newspapers are especially valuable for ancestors living in small towns. Even if your ancestor isn’t mentioned in the news, a newspaper from the time and place gives a glimpse of what life was like for them. 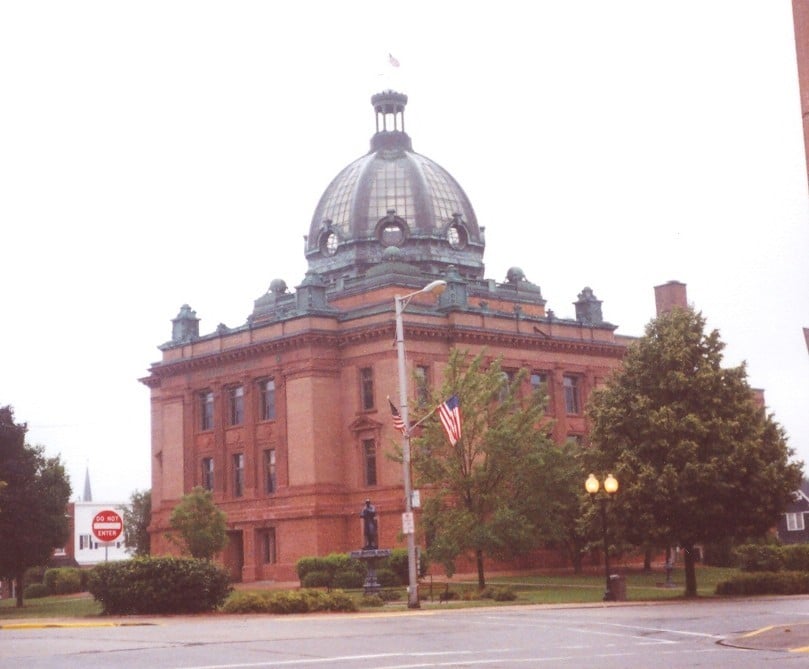 Many of these records are being digitized and placed online, but not all of them are there yet. Records can be found in the FamilySearch Catalog, the FamilySearch Wiki, the Ancestry card catalog, the Redbook, and through historical and genealogical societies.

The FamilySearch Wiki and the Redbook Online are both good reference places to learn historical context, specific dates of jurisdictional changes, and to find contact information for historical and genealogical societies, and additional resources for searching records. Both have pages for each specific state and record type. The FamilySearch wiki has pages for each specific county and many towns.

Records can also be found through the FamilySearch Catalog and the Ancestry Card Catalog. Both catalogs can be searched using a keyword or place name. The Ancestry catalog can be narrowed down by selecting a time period, location, and record type.

If you need help finding your Great Lakes ancestors, Price Genealogy can help.

"File:GrantCountyWisconsinCourtHouse.jpg" by Jimmy Emerson is licensed under CC BY 2.0