A 1912 Swedish Christmas Story of Charity and Love 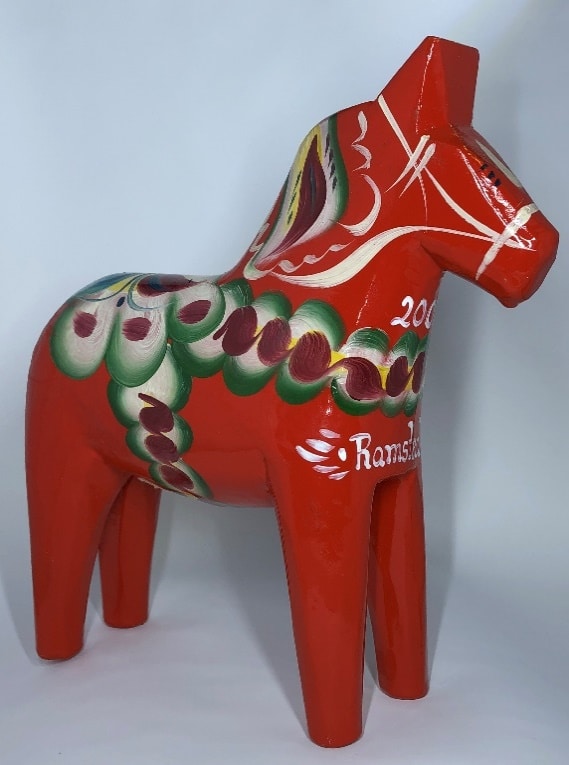 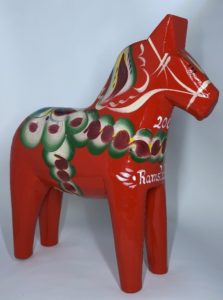 As lovers of family history, our hearts turn to past Christmas memories this time of year. We enjoy stories passed down from parents and grandparents. Did your ancestors keep diaries or write letters describing Christmases long ago? It is wonderful when traditions and holiday recipes survive through the generations. Write them down now if you haven’t done so already.

We appreciate those ancestors who wrote down their memories. My favorite Christmas memory of old came from my Swedish grandmother, Anna “Elisabeth” Sandholm (1895-1989), for the year 1912. She lived just outside the medieval fortress walls of the town of Visby on the island of Gotland, 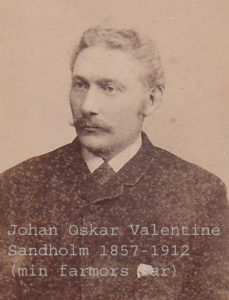 Sweden. Tragedy struck twice in the fall of that year. First, her oldest brother, the seaman Karl Sandholm died on 30 September, of tuberculosis. Then her father, Johan Oscar Valentine Sandholm (1857-1912) was killed in a train accident.

She said that the train hit her father during a driving rainstorm. He had pulled his hat tightly over his head and couldn’t hear or see the oncoming train as he and a friend drove home in a horse-drawn wagon. They were stuck. Johan was killed and his fellow passenger survived. The horse broke loose and ran off. Other details added to the poignancy of the family memory. Elisabeth’s family would never be the same again.

Usually, when someone dies in an accident, a report will be found in the news. An inquiry by correspondence led to the discovery of a newspaper account of the event. Then I wrote to the police department in Visby and was fortunate enough to find that the chief of police was very interested in the history of Gotland’s railways and steam trolleys. He located a 13-page manuscript account of the police hearing and witness testimonies. A professional translator was employed. As a piece of advice, always ask questions; never assume that no one will know or be interested. People like to help.

These documents clarified many details of the story. It did not all line up with what my grandmother remembered, which is typical of family lore. Elisabeth’s mother may have shared a sanitized version, since Elisabeth was age 17, and now the oldest surviving child in the family with six younger siblings. Christmas was less than two months away, and this is what Elisabeth later wrote:

"Two deaths, so close together, was hard on us all, especially on my mother who was not so very strong. The outlook for the coming Holiday season was bleak, and we all [were] in a sorrowful mood. I remember myself, at my young age, taking over the baking for our large family."

[On Christmas morning,] "Some friendly soul, with sympathy of heart, brought happiness—not dreamed of, on that big day. Our own tree, rather skimpy looking with no new decorations on it and not many presents underneath it either, represented mourning and concern for the future. Christmas eve passed quietly by, but the excitement the next morning overpassed all expectation. The first one of us children awake took that customary look out through the window, with new-fallen snow in mind. He really got ‘an eyeful’ of a surprise, as there below the front step in the snow had been placed a Christmas tree during the night. It was the largest tree ever and so heavily decorated with 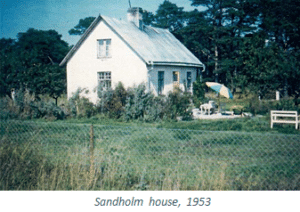 everything, even edible things. We did not take time to cover up properly before we ran outside to see if it was real. We had to feel the branches and feel the things that hung upon them. It was not a dream [. . . ] and blessed be the people who demonstrated so much good will. Whoever that was, who had placed that tree there during the night, we never found out,--but charged it up to the good Fairy. It must have taken the biggest part of the night for decorating of that tree. If that had been done outside of our house, on the spot where we found it, the use of light of some kind would have been necessary, as the night was dark. [. . . .] If the tree had been dressed elsewhere and brought over—our puzzled minds never were able to study out how it could have been transferred—all decorated. It all remained a mystery to us, but to those good people who had created so much beauty and happiness for us in our time of sorrows, we gave a silent thanks. It impressed our mother so much and made her feel so good to see all that sympathy from kind people being bestowed upon us all, during our time of bereavement." 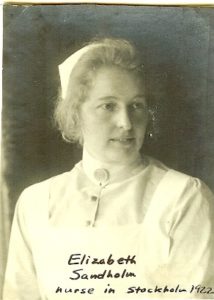 Unfortunately, the sorrows for the family were not over. About fifteen months later, Elisabeth’s mother, Anna Sofia (née Hägg) (Sandholm) died of tuberculosis in Elisabeth’s arms. Elisabeth was 18 and tried for a while to keep things going, but it was impossible with the youngest of the siblings only five years old. The authorities stepped in and the children were divided up among a couple uncles. Elisabeth went off to Stockholm to begin a life of nursing for the elderly in a hospital. The next child in age below Elisabeth was Richard Sandholm, but at age 21 he died of the “Spanska sjukan”—the Spanish Influenza. Worldwide, 500 million people were infected and about 50 to 100 million died, most of them young adults of otherwise robust health. Genealogy is especially interesting when it can be combined with general history.

Elisabeth eventually traveled to America on the SS Drottningholm in 1923, met my Swedish grandfather, and married two weeks later. Many aspects of her life have been traced through Swedish and American records. Journals and memoirs make all the difference, and it is good advice for each of us to record our experiences for our posterity. Our researchers at Price Genealogy can help you discover and document your Swedish ancestors, just like this Swedish Christmas story.

Despite all the strife around us today, the world is full of good people who selflessly serve and bless those who are struggling. Christmas is a great time to reflect and preserve these precious family stories for future generations to cherish.