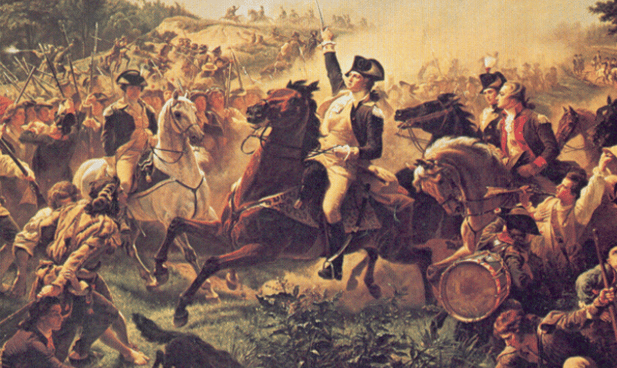 Colonists in the Americas were tired of Britain’s tyrannical rule and wanted to govern themselves as their own nation. But Britain wasn’t so willing to let go of her colonies, which led to the Revolutionary War. On 4 July 1776, the Declaration of Independence was signed, creating a collection of independent states acting in unison to achieve their freedom. The war went on for several more years. The soldiers who fought in the Revolution, and their families, sacrificed much to give birth to a new country. The American Revolution veterans were regarded as local heroes. Therefore, it was expedient that the U.S. reward these soldiers. Pensions was one way of giving back. This article series will explore how pensions can aid you in researching your Revolutionary War era ancestors.

The earliest pension records for Revolutionary War veterans were for those who were disabled in service. The earliest widows’ and orphans’ pensions were for family members whose husbands or fathers died in the war. As time went on, more money became available for pensions, and fewer veterans and widows were still alive. This resulted in the laws changing to become less restrictive, thus qualifying more people for pensions.

Pensions given in 1776 were based on disability incurred in the war. In 1806, pensions were expanded to disabled state troops and militia. Beginning in 1818, a pension was available for any veteran who had served at least nine months with or without disability. Because too many people were applying for this, it was modified in 1820 so that applicants had to prove their need. In 1832, pensions were granted to veterans who served at least six months. Those who served longer than two years were given full pay, while those who served less than two years were given half pay. This act didn’t require the veteran to demonstrate need. By then, many who had served in the Revolutionary War were dead, but not all who were living were able to prove six months of service. Jacob Long was able to prove service of over six months to receive a pension of $31.09 per year. Prior to the act of 1832, he didn’t qualify for a pension.

Meanwhile, changes in eligibility occurred for widows’ pensions. Widows and orphans of deceased and disabled soldiers were granted pensions beginning in 1780. An act in 1818 provided pensions for widows and orphans for wars prior to 1818 (including both the American Revolution and War of 1812). In 1836, the widow had to be married to the soldier prior to the end of his service. Two years later, widows who married prior to 1794 were entitled to half pay. Acts occurring in 1843, 1844, and 1848 changed the required marriage date. Such changes resulted in younger and younger widows qualifying for a pension. In 1853, all restrictions on the marriage date were removed. This meant that a young woman could marry an old, rich pensioner, and receive a widow’s pension after he died. In 1878, widows of soldiers who served at least fourteen days qualified to receive a pension for life. By this time, all American Revolution soldiers had died.  [1]

A change regarding the neediness of pensioners occurred in 1820. Previously, the pensioner decided if they were poor enough to require a pension. Sometimes the Secretary of War would decide a pensioner was not poor enough and strike them off the pension rolls. The act of 1820 defined what level of poverty qualified one for a pension. An act of 1823 restored pensions to those who were struck off the role but had since become indigent. In 1828, applicants were no longer required to demonstrate need.

Both federal and state pensions existed. The state might have granted a pension where the federal government wouldn’t, such as a widow whose husband’s service didn’t qualify. In addition, there were private relief acts. These came about by a veteran or a widow writing to their congressman requesting help.

Not all pension applicants were granted a pension. Some were rejected for various reasons and would work to prove they were worthy of a pension. Reasons for a pension being rejected included marriage after service (or after the required marriage date), lack of service, or the soldier deserting the army. More on this will be discussed in the next blog.

The process of applying for a pension involved the soldier appearing in a court in the state he resided, and describing his service to the court. He had to include his place of enlistment, his commanding officer, and the length of service. Witnesses, including neighbors and fellow soldiers, testified of the soldier’s service. In the case of a widow’s pension, the widow had to provide this information and present proof of her marriage to the deceased soldier.

Many of the pension papers of Jacob Long and his widow, Mary Long, were written by the prothonotary at the Court of Common Pleas of Lancaster County, Pennsylvania. They indicated that Jacob or Mary Long appeared in court and listed everything they declared regarding Jacob Long’s service, their marriage, and his death (for Mary’s widow’s pension).

Once the pension was approved, a set annual amount would be determined, which the pensioner could pick up from the War Department office twice a year. Jacob Long was allowed to pick up his payments every March and September. A final payment was often made to the heirs of the pensioner, which consisted of the amount owed between the last payment picked up and the time of death. Sometimes this happened decades after the death.

The pension record is a good place to learn details of the veteran’s service. This was the case with Jacob Long. He resided in Lancaster, Lancaster, Pennsylvania at the time of enlistment and served in the Pennsylvania Militia under the following officers: Captain Peter Huffnagle’s company, Lieutenants William Bowman and Peter Diffenderfer, Colonel George Ross’s Regiment or Battalion, and Major William Ross. He was unable to recollect who the other officers were at the time he applied for his pension. [2]

In 1777, he served as a substitute for Henry Musser, also of Lancaster. He served two months as a sergeant under Captain Joseph Hubley. They guarded the barracks in Lancaster where prisoners were kept. That same year, he marched from Lancaster, Pennsylvania to Fredericktown, Maryland under Captain George Franciscus’s company, guarding 500 English and Scottish prisoners. On their return to Lancaster, they joined Colonel Elder’s regiment and marched fifteen or eighteen miles near Darby. There they joined General Botter’s brigade.

Jacob Long was sent with a picquet to relieve another picquet but found them missing. It was later discovered that the picquet they were sent to relieve had been captured by the enemy. The following is what is reported of what happened next:

he however took his post as one of the Picquet
& acted as Corporal or Sargent, in relieving the sentinels for 24 hours, this Picquet was
stationed about a mile from mud fort, at the time the British took possession of it
heard the firing, saw the smoke in daytime & at night the flashing of the canon, heard
the shouting of the troops, the Picquet to which [Jacob Long] belonged & which
consisted of about sixty while they were on duty were repeatedly fired on by the enemy
one man belonging to the Picquet above them had his leg shot off, The Captain
. . . in a spirit of retaliation attempted to have one of the enemys
sentinel shot, but while in the act of carrying his design into action, was stopt
& reproved by General Botter, who happened to come there at that time with a
troop of horse, this campaign at Darby was in the fall of the year, weather
inclement, no tents, exposed to the weather night & day without a covering or shelter,
laid there about a month

His regiment was later ordered to join General Irvin’s brigade. After returning to Lancaster, Jacob Long was discharged. He served again in the spring of 1778, taking prisoners to Philadelphia under Captain William Apps. Additional detailed of his service are given in like manner to the above quoted passage. A lot can be learned of an ancestor’s war service by reading their pension files, such as in the case of Jacob Long.

Contemporary survivors who served with Jacob Long are mentioned, including Thomas Kautz/Karts and George Leonard. The pension record includes statements by them about their service together.

Aside from the pension records, other places to learn details of a soldier’s service in the Revolutionary War include service records, regimental histories, battle histories, and state and local histories.

The next article in the series will go into more detail about the genealogical value found in Revolutionary War pension records.