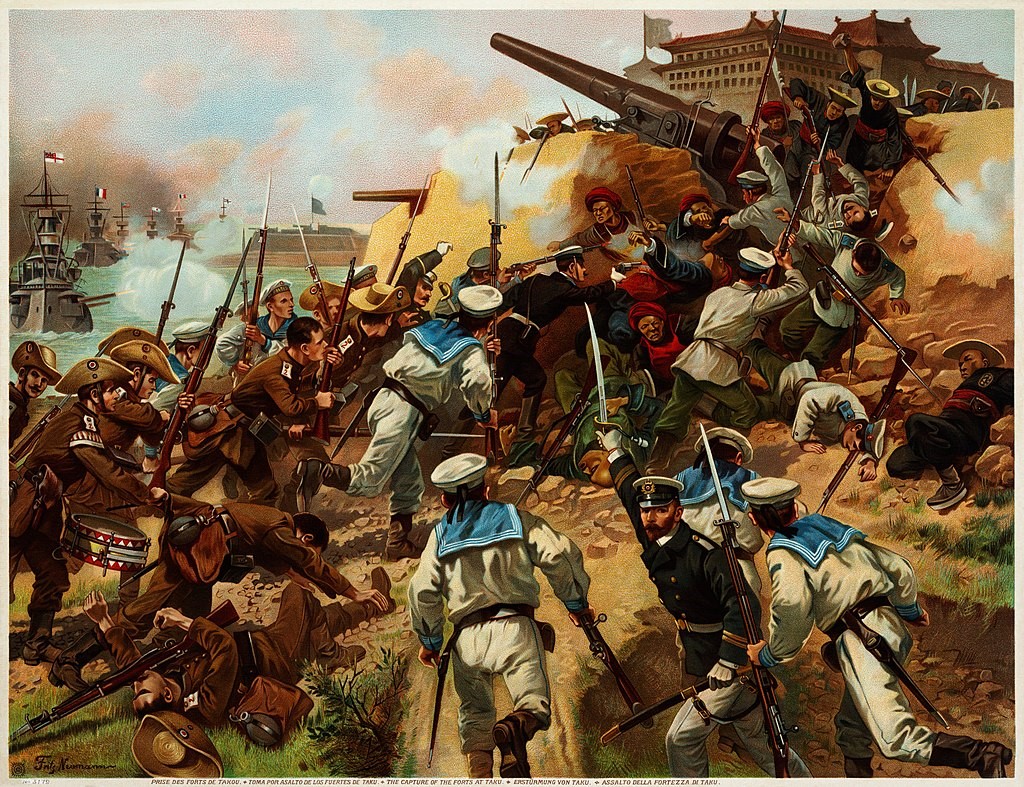 Did your ancestor serve in the British Army? Many of these records are online and available for searching! Army records provide vital information for family history research, including birth dates and places, parents’ names, physical descriptions, and a detailed record of service—rich, personal information that may not be found in any other record set.

Prior to the reign of Charles II in 1660, the first line of defense against invaders was not a standing army, but rather militias made up of locals with varying levels of experience and skill. These militias were loosely organized, and quickly disbanded when the battles were over. During Charles II’s rule there were only a few thousand men on permanent duty in England, although a few thousand more stationed in Ireland and the European continent could be called home if needed. There was no military presence, or for that matter, any police force other than local constables.[1]

The army was gradually expanded by William and Mary in the 1690s, but the Acts of Union passed by Parliament in 1707 combined regiments of England and Scotland into one operational command, and the British Army was born. The British Army was key to the formation of colonies and protectorates, capturing territories, securing the empire’s borders, and supporting friendly governments.[2] 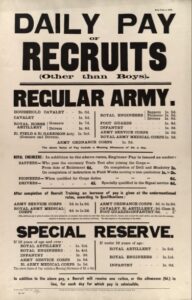 The British Army did not have a central record keeping system until the First World War. Prior to 1914, military records were kept by individual regiments. These records comprise soldiers’ attestation and discharge papers and form part of the War Office (WO) series of records now held at The National Archives in London, England. Useful websites for finding online copies of these records are Find My Past and Fold 3.

To begin searching for your ancestor in the British Army records, a good beginning search strategy is to enter the soldier’s name, and his year and place of birth. If you know your ancestor’s regiment, rank, or place of service, include that information in your search in order to narrow the results. 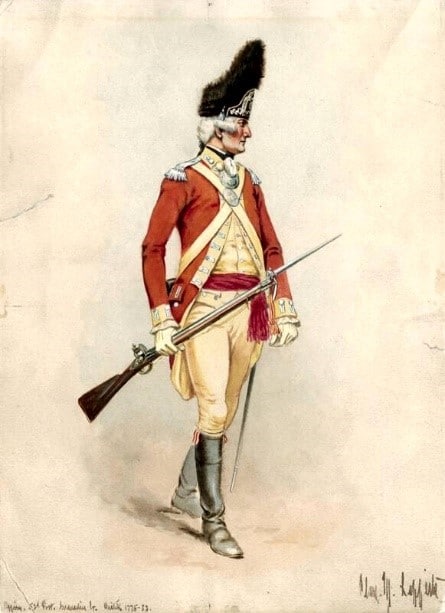 Many of the records in this collection were generated by the Royal Chelsea Hospital. The hospital first opened in 1682 for retired soldiers. A pensioner was either an ‘in-pensioner’, meaning that he or she resided at Royal Chelsea Hospital, or an ‘out-pensioner’ if he or she lived in a private residence.[3] Soldiers were eligible for a pension after twelve years of service. Pensioner’s records are rich with genealogical data; they often include the soldier’s next of kin, age and birthdate, service details, awards or commendations, and reason for discharge. They can include details about injuries, commendations, and even court martials.

Other documents are often included with the pension record. Attestation papers would have been completed at the time the soldier enlisted, and these records might include parents’ names, religious affiliation, and a detailed physical description of the soldier. The attestations followed the soldier throughout his service and were continually updated to reflect his promotions or reductions in rank, his regiment, and his dates of service.

Soldiers who were released from the hospital at Chelsea were documented in Discharge papers, which gave detailed accounts of the injuries or illnesses they suffered. The discharge papers included the soldier’s regiment, the severity of their disability, and the name of their commanding officer, as well as the location and date of the onset of disability. These records can help a researcher establish a timeline of the soldier’s service and provide details of a regiment’s movements. 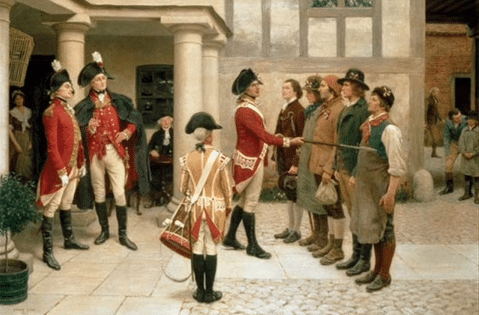 Richard Hosking of Modbury, Devonshire was born in approximately 1760, but few details were known about his life. Family notes indicated he may have served in the Army. A search for his military records provided some additional information about his life and his tenure of service.

Richard’s attestation record was included with his pension record. He enlisted on 25 September 1780 at the age of nineteen years. Richard was five feet eight inches tall with brown hair, hazel eyes and a sallow complexion. He was a shoemaker by trade. He served in the 11th Regiment of Foot until 24 December 1793, and was then listed as an “invalid.” A note on his record stated he suffered a gunshot wound on his right leg and left foot.[4]

Richard Hosking’s injuries were not debilitating, however. Despite being classified as an invalid in 1793, by 1802 he was part of the 8th Regiment, Royal Veterans Brigade, a battalion of out-pensioners who were stationed at Jersey. He served in this capacity for another twelve years. Because of lingering effects from the gunshot wound to his right leg and foot, and he was permanently released from service in July 1814.[5]

How and where was Richard Hosking injured? This information was recorded in his Royal Chelsea Hospital Discharge papers, dated 30 April 1794: “being invalided from the Marine duty, when on service at Toulon; when on board the Leviathan Man of War, being wounded on the left foot by a ball, which renders him incapable of further service.” His 1793 injury date (noted in his pension record) corresponds with the Siege of Toulon, where the British ship HMS Leviathan evacuated thousands of French Royalist refugees who were escaping the advancing Republican army.[6]