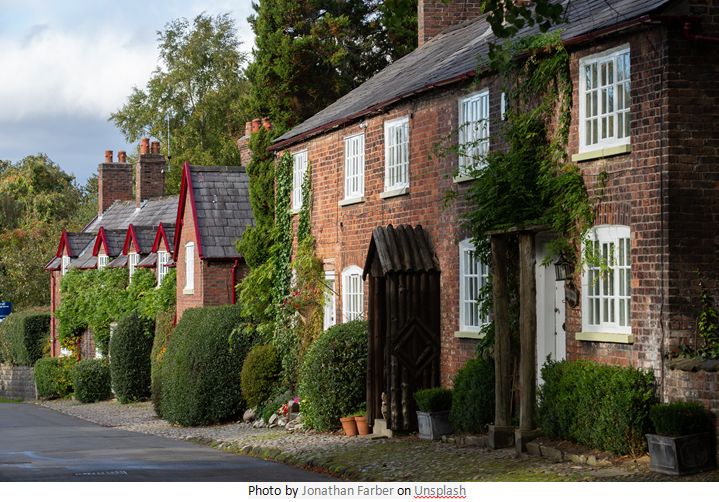 Census records are one of the finest sources for tracing mid-19th century to early 20th century families in the British Isles. In addition to pinpointing where a family lived at a particular time, census records offer important evidence regarding a family’s members, relationships, life events, residences, and occupations. The myriad of clues found in census records leads a researcher to other sources such as civil registration, church, probate, military and occupational records.

Census record availability depends on the country. Generally, every-name censuses began in the mid-19th century and are available through 1911. 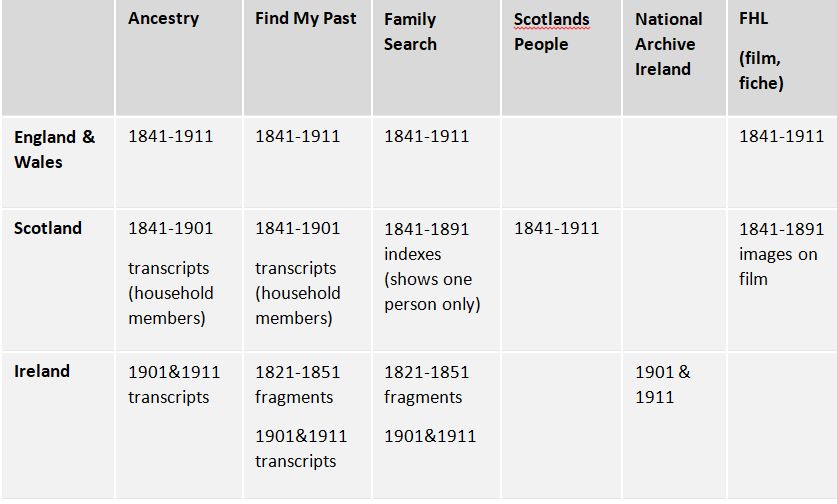 The typical census record will provide a person’s name, age, gender, marital status, relationship to the head of household, occupation, birthplace, and where the person is living.  The 1911 census also includes the number of years a woman has been married to her current husband, the number of children she bore, and the number of children still alive. The Ireland 1851 census also lists household members who died since the last census. The Ireland 1901 census includes a person’s religion.

The 1841 census for England, Wales, and Scotland, is different from other years in several important ways:

The place of birth is listed as “Y” or “N,” in response to a question asking if they were born in the county in which they now live. 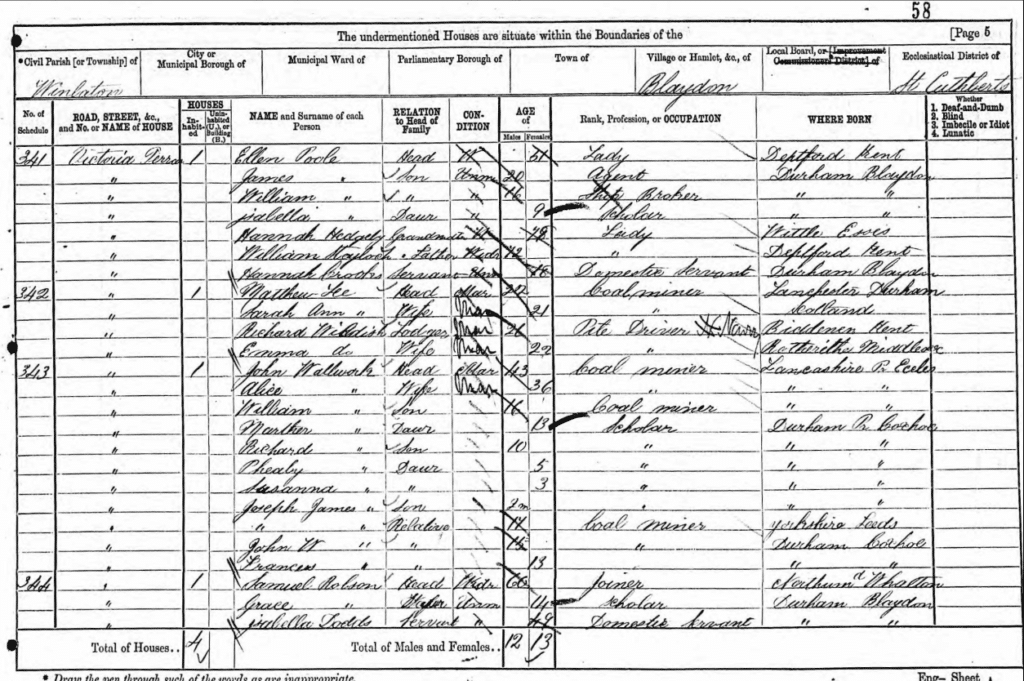 People were recorded wherever they spent the night. If they were visiting relatives, were at work (such as night watchmen or merchant marines), were in an institution (such as a hospital, jail, school, or workhouse), or were living with another family (such as servants or apprentices), they should have been enumerated in those places—not with their families in their regular household. Occasionally, people are listed twice—once where they spent the night and again in their usual abode.  Sometimes people are not listed at all.  If you do not find someone living with family members, do not assume he or she has died unless you can prove this was the case.

A wise strategy is to locate ancestors in every census in which they appear as you may find additional family members, extended family members, or different information. Names, ages and birth places do not always correlate perfectly between censuses. Ages, birth places or relationships might be incorrect on one or more censuses but correct on others. Names could be misspelled or inaccurate. It is not uncommon for children to be listed by their nicknames or by their middle names instead of the names used on their birth or christening record. Scottish women, especially widows, might be listed under their maiden names, not their married names.

Census records can be particularly valuable when tracing migratory families. The birth places of a family’s children will help track the family from place to place and provide clues where to look for their birth, baptism, marriage, death and burial records.

Always use caution when dealing with families who share the same or similar names and information, and live in the same area. Make certain you have the right family.

One final word of caution—do not assume the mother in the family is the mother of all, or any, of the children. This could be the father’s second marriage. Locate the children’s birth or christening records to determine the names of the biological parents.