The Colored Troops of the United States Military 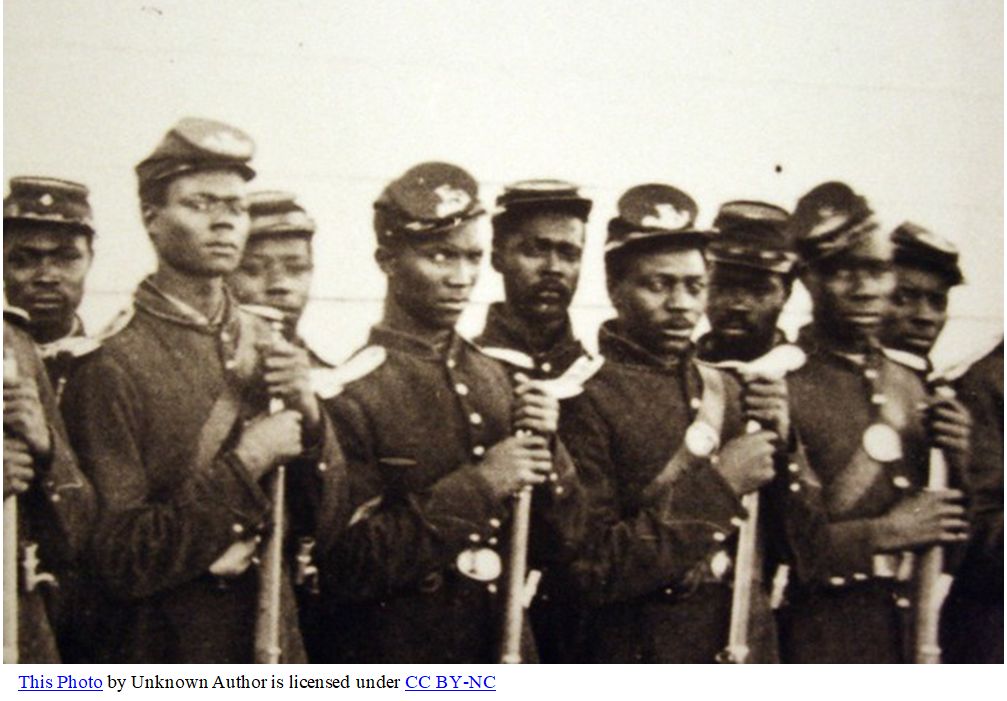 African Americans have long been an integral part of the United States military. They have served in this country’s wars since before the Revolutionary War, and have fought in every conflict up to the present day.[1] This community of Americans had a lot to fight for, and they did so with courage.

Most talk about African Americans in the military relates to Colored Troops during the United States Civil War. Both free and enslaved African Americans began serving in the northern militias. They could not fight in the south during the time of slavery. This was largely because the southern slave owners feared giving weapons to the slaves. They also feared it would hurt agriculture as most African Americans slaves tended the fields.

The average age of a soldier was between eighteen and twenty-four.[2] Conditions were harsh for all soldiers. The living conditions were unsanitary, often damp, and ripe for disease such as smallpox or typhus. The hospitals were not very good during this period. The diet was poor. Soldiers often ate heavily salted or dried meat. Their bread mainly consisted of a hard biscuit. They occasionally received beans or peas and used them for a make-shift stew.

Thousands of men enlisted. Even with the high enlistment rates of the United States military, things were not equal for the African American soldier. The Union Army paid them less money and charged them for basic items such as clothing. A white enlisted man received thirteen dollars a month and his pay included a clothing allowance of three dollars. They were able to spend the three dollars any way they wanted. A black soldier was paid ten dollars but only received seven dollars because of a three-dollar charge for their clothing.[3] In mid-1864 congress passed a law requiring equal pay for soldiers regardless of race.[4]

Despite the challenges, many African American soldiers fought with distinction. One group was the “Buffalo Soldiers.” Some speculate they received this name because of their tireless marching during their battle with the Comanche Indians in 1871.[5] President Abraham Lincoln recognized the importance and contribution of the United States Colored Troops.[6] The extraordinary valor earned them fame in Europe, America, and throughout history.

The Colored Troops were disbanded in 1865 and the soldiers were combined with the regular army. From 1870 to 1898 black soldiers made up twenty percent of all combined cavalry regiments. No less than sixteen of the colored troop soldiers won the Medal of Honor, the nation’s highest award for service in the war.

There is a strong and honorable heritage among the African Americans who served this country. Those researching their colored troop ancestors should be alerted that only a small portion of the available records are online. Many resources are only available by visiting the repository in person. Two repositories that hold records for the Colored Troops are the Family History Library and the National Archives. Some online collections that may be of interest are listed below. In additon to these, military collections that apply to soldiers of all races will be relevant.

Collections that are free of charge include:

Collections accessible for a fee are:

To learn more about the different regiments and their history try:

In addition to these collections, there have been many organizations and individuals involved in preserving the history of the Colored Troops. The Center for Family History at the International African American Museum is among these.[7] One of their projects has been to gather and abstract the United States Colored Troops pension files.[8]

The contributions of the African American soldiers helped to restore the union and freedoms of this country. The bravery they showed revolutionized how they were perceived with regard to military duty. They continue to make advances in the military. In 1917, 600 African-American men received their commissions as either captain, first, or second lieutenant. In 1940, an African American achieved the rank of General Officer and in 1975 the United States saw its first black four-star general. In 1989, an African American was appointed the highest-ranking position of the United States military. These accomplishments continue. There is no doubt that the military legacy of African Americans will remain rich and inspiring for generations to come.

Researching African American families can, at times, be challenging. This type of genealogical research requires thinking outside the box and often uses indirect evidence. Evaluating every possible clue takes both patience and persistence. Price Genealogy has experts who can help. They are standing by, ready to break through the brick walls to extend your family branches.

Give us a call today!