Coming to our Census 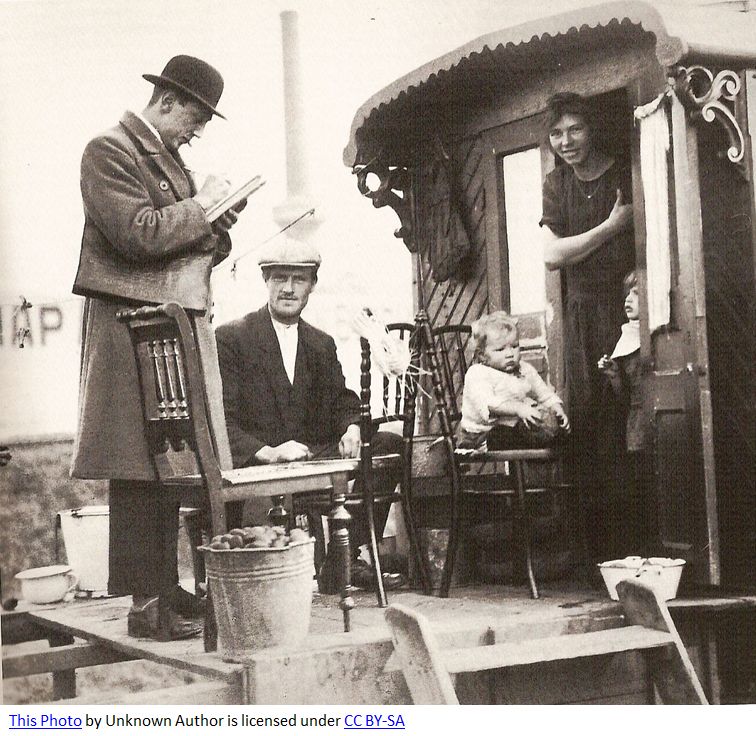 Opinions are divided in the United States concerning whether a question about citizenship status should be added to the 2020 US census. At this point, it looks like it will not be included. The Federal US Census was established by the United States Constitution to enumerate everyone living in the United States. This allowed them to apportion the number of seats in the House of Representatives according to the population every ten years starting in 1790. With this decennial census coming up next year, this is a great time to discuss the value of census records for genealogical investigations. Elizabeth Shown Mills wrote, “Census records are the most used – yet most underused of all genealogical resources.”[1]

Mills is right about the census; it is a favored genealogical record. In most cases, it is quick and easy to find information on ancestors, where and when they lived, their marital status, and much more than what is usually included in indexes. It is important when an ancestor is found that you go beyond the indexed information and go to the actual census record. A wealth of information can be discovered. The information in a census can give clues of other places to search, such as vital records, land records, immigration and naturalization records, military records, probate records, etc. The records in these collections can help verify the information that was found in the census.

From 1790 to 1840, the census consisted of the name of the head of household, followed by tally marks of the number of white males, white females, age categories, free persons and slaves. Specific census years provide extra clues not available in other census records. The back of the 1840 census lists whether a person was a pensioner from military service. Hint: Check the entries of any potential Revolutionary War ancestors who were still living at this time. Once it is clear there was a pension, these can be requested from the National Archives.

Gratefully, from 1850 to 1870 new data was gathered, including the name, age, place of birth, gender, and occupation of each family member. All African Americans were first named in the 1870 census.

The 1880 census is a transition between not having much information and the 1900s with lots of information. It adds the marital status, relationship of the people in the household to the head of house, and the place of birth for the parents. Unfortunately, the 1890 census was destroyed by fire.

The 1900 to 1940 censuses give a lot of detailed information. Depending on which one you are searching, a person can discover the names of family members living in a household, approximate year of birth, country or state of birth, occupations, relatives that are living with the family, marital status, possible year of marriage, number of children born to the spouse of the head of household and how many of those who are living, whether they were immigrants, year of immigration, naturalization status, whether they rented or owned their own home, and military service. This is not an all-inclusive list. With all this information, the stories of one’s progenitors begin to unfold. The best thing to do is research the family going back in time through all the censuses to see how the structure of the family changed. Some names disappear from the censuses, suggesting that they may have married or died. Sometimes, elderly parents will be found living with their children, which can provide names of three generations.

A detailed list of the contents of each US census can be found at What You’ll Learn in the Census, Year by Year. Basic Family Information Found in the U.S. Census by Year and Census Headings and Blank Census Forms will also be helpful. An entire 192-page book has been written on the United States federal census records: Kathleen Hinckley’s Your Guide to the Federal Census for Genealogists, Researchers, and Family Historians (2002). As good as this book is, its focus was not to include censuses of other countries or various types of non-federal censuses in the United States, like church, school, or state censuses. Fortunately, Price Genealogy clients can be assured that our researchers have knowledge of all of these. Below are some additional topics, strategies, and resources, useful for census research.

If there is a problem finding an ancestor in a particular census, it is sometimes helpful to try the indexes and search parameters on different websites. It can just be how the search engine works or how different people indexed the images. Some of the most popular websites for searching the census records are:

Although most of the information is correct on the census, there are things that researchers need to be aware of:

The following links go to information about the designated censuses.

When an immigrant ancestor is found, it may be possible to identify him and his family in the censuses of his country of origin. Hopefully, this will push your research and tree building further back in time. Many censuses exist around the world that have not been digitized or copied in any format. Examples of this can be found in Roger P. Minert’s German Census Records 1816-1916. Jackson County,

As Mills stated, many people use the census to find their ancestors, but there is so much more to be extracted from the census. There are many clues in the census which can lead to more discoveries. Our qualified experts at Price Genealogy can ensure that each source is used to its fullest extent to help you  learn about your ancestors.