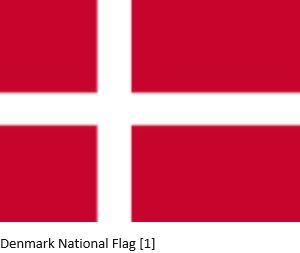 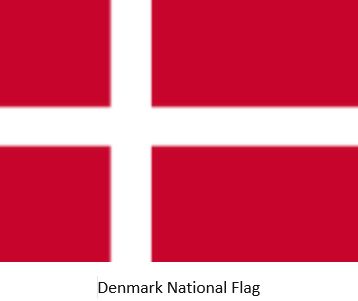 Part 1 of this topic illustrated the power of Danish censuses in tracing a family over time. In general, Denmark and the other Scandinavian countries have a number of record groups like the censuses that are very helpful in genealogy research, even making it easy. However, there are a couple obstacles that tend to trip up individuals as they seek to do Danish ancestry research and build their pedigree.

All Scandinavian countries used a fairly strict patronymic naming system until the middle of the 19th century. According to the system, a child took their father’s given name as a surname. Additionally, the mother carried her own surname, meaning that in one family, researchers have to keep track of three different surnames. This patronymic system and other naming practices pose a special challenge for those seeking to build their Danish family tree.

Traditionally, a child’s surname would be their father’s given name + sen or datter. For example, a couple, Peder and Ane, might choose to name their son Hans. His full name would be Hans Pedersen. If he had a sister, Maria, she would be Maria Pedersdatter.

While the pattern is quite simple, the rules changed over time. Towards the middle of the 19th century, daughters started using the -sen ending instead of the -datter­ ending. Then, at the turn of the 20th century, children were required to use their father’s surname instead of the patronymic. At the same time, woman began taking the surname of their husband meaning that there was now only one surname for a family. Throughout the whole process even Danish people and priests would get confused about the rules and make mistakes in recording the names.[1]

The giving of personal names was a highly traditional practice. The first boy often received the same given name as his paternal grandfather, or father’s father. The first daughter would be named after her maternal grandmother, or mother’s mother. Depending on the number of the child in the family, there was a traditional rule for which family member’s name they should receive. If a child died young, the next child of the same gender was often given the same name as the deceased child. Furthermore, if a traditional name was not used, often a popular local name would be used instead.

Maybe you have worked on the Danish part of your family tree and wondered how to sort out all the repeating names. In the space of a couple generations, you might have three Hans Pedersens, two Peder Hansens, and a couple Maria Jensdatters.

In general, Denmark had less variety in their given names than either Norway or Sweden. The frequency of names like Hans, Peder, Jens, etc. even in one family can be dizzying, not to mention all the people not in your family with those names. This phenomenon is why errors constantly creep into a Danish family tree whether you are using FamilySearch, Ancestry, MyHeritage or another family tree program.

The key to sorting out a Danish family tree is geography. As a way of identifying individuals, Danish records consistently added places of residence or places of birth wherever someone’s name was recorded. The places were small enough that there was unlikely to be multiple people with the same name from the area. By tracking these locations along with the names and dates, it becomes far easier to avoid confusing identities.

Denmark was divided into counties (amt) and judicial districts (herred), as well as dioceses (stift), clerical districts (pastorat), and parishes (sogn). Parishes could contain many different types of places: municipalities (kommune), cities, nobility estates (gods), villages (by), farms (gård). Most of the time, it is fairly easy to know in what kind of place a particular person lived.[2]

The FamilySearch wiki is useful for figuring out geographical information. Interactive maps have been created which allow researchers to go from county, to judicial district, to parish. Each parish has its own wiki page that often lists the farms, villages, and cities contained in that parish. Have you used the FamilySearch wiki to see where your ancestor lived?

Putting a Life Together Based on Geography

Let’s look at an example of where geography is critical in sorting out genealogy.

Here is the birth record for Ane Pedersdatter from Vig parish:

She is the daughter of Peder Olsen who lived in Wiig[Vig] and was born in 1813. I want to find her later in her life, possibly married with children. Note that the birth record said that Peder is from the village of Wiig[Vig] within Vig parish. This can be confusing, but likely the parish was named after the village.

When I looked in the 1850 census, I found two Ane Pedersdatters who were married and were the right age in Vig parish.

Which one is the correct Ane Pedersdatter? Notice that one of them is living in Kjeldstrup village and the other is in Wiig[Vig] village. If we go back and look at the birth record, it says that her father was from Wiig[Vig]. This should be a good indicator of which person should be looked at further.

Next, I looked up the marriage record.

All three of these major websites allow users to build a tree. All three have a hinting feature which finds records for you. Take caution when reviewing these suggested records. Be sure to check not only the names, but also the dates and places before attaching the record to your tree. Many users only look at the name and maybe the date and then attach a record incorrectly. Researchers who do not pay attention to geography create family trees like this: 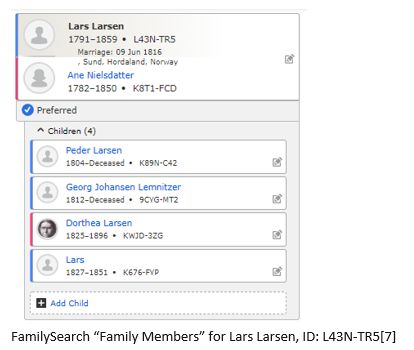 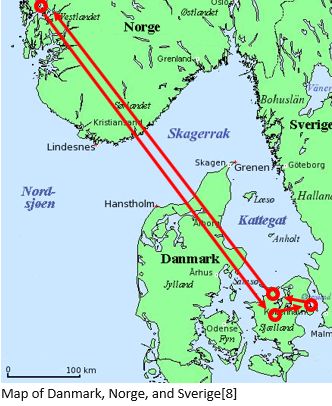 Remember to be careful of hints from FamilySearch, Ancestry, and MyHeritage. Even personal family tree software can allow you to get hints from these websites. With just a little bit of attention to geography, the difficulty of Danish names and the dangers of family tree hinting become much more manageable. Our expert researchers at Price Genealogy are here to assist you with your Danish family tree.

Do you have any Danish ancestry work?  Let us know in a comment below!