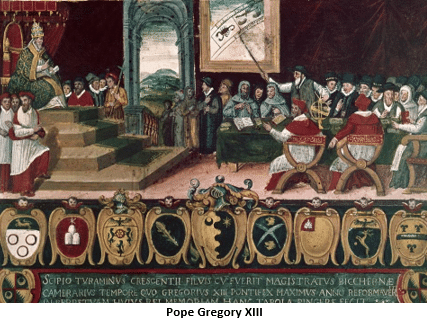 Have you seen entries like this one in your own family records? Did you wonder if the parish vicar lost track of which year it was, or if he accidentally wrote the wrong year and didn’t want to scratch out his error? This is actually a deliberate date entry called double-dating. Read on for an explanation about double-dating, and when and why it is used.

For centuries, mankind has attempted to reconcile a calendaring system with celestial events. Different civilizations, from the Chinese to the Mayans to the ancient Egyptians, developed their own methods for reckoning dates. The Romans developed a calendaring system in about 45 BC, and it became widely used for centuries. The calendar was known as the Julian calendar, since it was implemented during the reign of Julius Caesar. 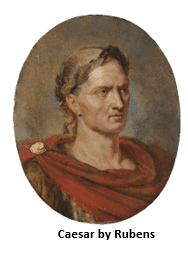 The ancient Romans realized that a calendar year was slightly longer than 365 days. They calculated one year to be 365.25 days, and to account for the extra 6 hours each year, one additional day was added to the calendar every fourth year. This was known as a leap day.[1]

While this seemed like the right approach, a year was actually 365.2422 days long. Instead of every year being 365 days and 6 hours, it was actually 365 days, 5 hours, 48 minutes, and 46 seconds. Even with a leap day added every four years, each year was under-calculated by 11 minutes and 14 seconds. All of those annual 11+ minute miscalculations added up over time, creating a one-day error every 128 years.

By the middle of the 16th century, the Julian calendar had a 10-day error. Celestial events like the spring equinox and the summer solstice were occurring 10 days earlier than indicated on the physical calendar. This caused alarm in the Christian world because the date of Easter was calculated from the spring equinox, and Easter was the most important holy day. In order to observe Easter on the correct day, it was vital that the spring equinox occur on the same day each year.[2] 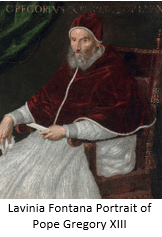 A commission to reform the calendar convened in 1545, and for several years, mathematicians and scientists discussed the best way to correct the 10-day calendar drift and prevent future errors in the calendar. Modifications were made to the frequency of leap days, allowing only 97 leap days in 400 years, instead of 100 leap days. In 1582, Pope Gregory XIII issued a papal bull, strongly encouraging the adoption of the new, improved Gregorian calendar that bore his name.[3]

By this time, the calendar error had extended to 11 days. These days were removed from the calendar in September of 1752. British citizens went to bed the night of September 2nd, and woke up the next morning on September 14th. Some legends tell of the people rioting because they felt they had lost 11 days of their lives, although this is not accurate. There was considerable displeasure at missing out on 11 days of wages, honoring contracts that were shortened, and paying a full month’s rent for only 19 days.[5]

Researchers use double-dating to clarify dates in historical records. If a couple in England married on 5 April 1748 and baptized a child on 5 February 1748, it appears to our 21st-century minds that the couple baptized a child two months before their marriage. In reality, their child was baptized 10 months after their marriage. Presenting the child’s baptism with a double-date can eliminate confusion about the timing of events:

Double-dating with both the Julian and Gregorian year is usually adequate for genealogical records, but occasionally, entire dates were converted to Gregorian format. People whose lives spanned the calendar change were not content to simply double-date the year of their birth; often they opted to change their entire Julian birthdate to the date according to the Gregorian calendar. This was done by adding in the dates that were removed when the calendar was corrected.

Calendar calculations might be puzzling, but our expert researchers can identify errors due to calendaring discrepancies, and record the correct dates in genealogical records. Contact us to see how we can help you with your research!