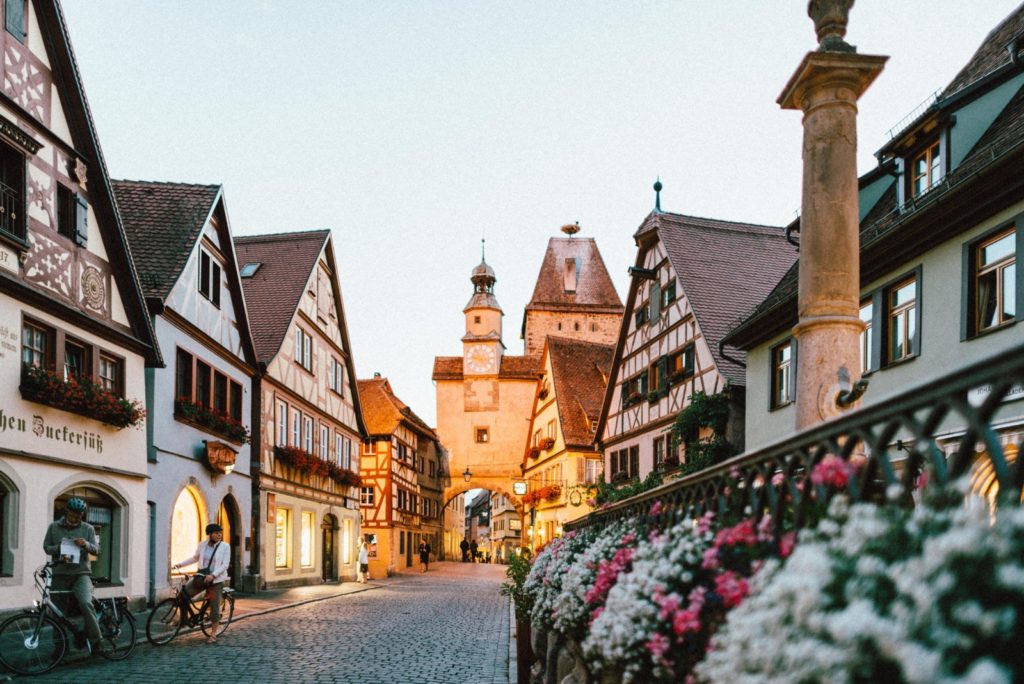 Do you have a German immigrant “brick wall” ancestor? If you have at least a few generations of United States ancestry, you likely have German ancestry as well. The most common ethnic origin for Americans is German. If you have German ancestry, at some point you will get back as far as you can go in the United States on that line. Let’s assume you got back to a German immigrant ancestor. First of all, congratulations! German research is relatively straightforward in comparison to research in other countries like the United States. For a large majority of cases—and there will always be exceptions—if you know the town your ancestor came from, you can often trace multiple generations of their ancestry from using a single record source: church records. Going back to our hypothetical situation, you have some record of your German ancestor in the United States. Perhaps you have a death certificate; perhaps a census record. It says that he or she was born in Germany. Now what do you do?

Contrary to what you might first imagine, the best way to locate your German ancestry is to start with research right here in the United States. Your research in United States records will often lead to information that will clearly establish your ancestor’s place of origin. There is a long list of types of records that could actually list the town of origin. If you exhaust all the records that will be suggested, some strategies are available that can lead to success even when the name of the town of origin is unavailable.

Before moving into other specific strategies, it is often best to start by obtaining all possible records on your German immigrant ancestor. There are several records within which you may find the ancestral town of origin specifically named. Following are some examples, approximately in order of how likely these are to include the town of origin.

Church records
Church records, especially baptism records from German-speaking Catholic congregations in the United States, often mention the town of origin of the parents. Catholic records are becoming more readily available in recent years, with groups like Findmypast and the New England Historic Genealogical Society (AmericanAncestors.org) making agreements with select Catholic diocesan archives to digitize and index their collections. For offline records, accessibility will differ from archdiocese to diocese, with some of these having research-friendly archives holding most historical Catholic sacramental registers from their jurisdiction. Other areas have never gathered the sacramental registers to a central archive, and access will only be possible by contacting individual churches.

Beside the issue of accessibility, a potentially equally complicated issue is determining what church your ancestral family attended. There are various strategies for this, including the following: Find their obituary which may name the church of membership or church where the funeral was held. If their place of burial has a religious affiliation, check if they are members of that same church. If a government marriage record names a minister, check what church the minister served. Check the records of all the closest churches that existed where the ancestors lived.

If you can work through these often-difficult issues of determining the church attended, and obtain access to the records, but you find that none of the immigrant ancestor’s children have the ancestral town of origin on their baptism record, a study of the church records may still provide some important evidence you will need to make the connection to Germany. More on this will be presented in a subsequent strategies blog post.

Before moving on, there are some important best practices to understand related to using church records. If you search for some baptisms of the children, and these records only state the country in general, a town you cannot easily read, a town that is spelled differently from record to record, or does not state the place of parental origin at all, continue searching the church records until you have found each child’s baptism.

In one case, every record found listed a village name that was spelled differently from one record to another. It was difficult to clearly determine to what town it was referring. Then, on one of the children’s baptisms a totally different town was named. By searching maps and gazetteers for that area, it was possible to determine that this was a larger town or area in which the smaller village existed. This gave the necessary evidence and confidence that the correct town had been identified, so that an investment could be made, such as hiring a genealogist to look at the records on site in Germany.

Immigration and naturalization records
If you are researching an ancestor who immigrated in or after 1906, you have much greater odds of finding their specific town of origin in immigration or naturalization records. Passenger lists from this year forward attempted to name a great deal more origin information that earlier records. The agency now known as USCIS (United States Citizenship and Immigration Services) kept detailed files on all immigrants starting in the early 1900s, and these files were extensive by the mid-1900s. For anyone who emigrated in this period or more recently, all you may need is to order their file from the USCIS.

This record type has been listed lower on the priority scale than church records because the focus of this article is on strategies for those who immigrated in the 1800s. In some cases, early passenger lists give a town of origin, though this is non-standard. For this period, what you will find in records differs over time and from place to place. Usually the naturalization will only list the German immigrant’s state of allegiance in Germany, but examples have been found which actually include towns of origin.

Newspapers
An immigrant may be mentioned as immigrating, which is more likely in a German-language newspaper, if there is one for the region where your ancestor settled in the United States. The immigrant’s obituary may list their town of origin, and in a few cases even an immigrant’s child may have had an obituary that listed their parent’s town of origin.

County histories
County histories are similar to newspapers in that a town of origin for an immigrant may be mentioned. This is also true for biographical entries on that immigrant’s child or even their grandchild. This ties into an advanced strategy to be mentioned later in part 2, having to do with researching all those persons with any connection to the immigrant ancestor.

Headstones
Some headstones of German immigrants include the exact town of origin engraved for future generations to see. Is it really worth looking for these records if most headstones do not include this? The same could be asked about all record types. The answer is yes! You will often get clues that will help you either way, and even if you do not, you will know you have made a reasonably exhaustive attempt. A more common piece of information on a headstone is the ancestor’s exact birth date which you may find difficult to locate in other sources. The importance of this date will be covered in the part 2 on advanced strategies.

Federal and state census records
There are some census records that will typically give you the specific state of origin within Germany, like the 1860 census. In very rare cases the census taker wrote down more than what the instructions dictated, and you will find a town of origin on a census. Even when this occurred, it was often indexed only as “Germany” or some other general term, so be sure to always read the image yourself. While this is not enough alone to make a connection to a town of origin, it is important evidence that will come in handy if you end up having to use one of the more advanced strategies discussed later in part 2.

The above list is not an exhaustive list, but it goes to show that being thorough in your United States research is well worth the effort. Additional records to check could include documents and heirlooms in possession of the family, publications like Germans to America, passport applications, and military pension files, among many others. Even records that typically do not give the town of origin could possibly give it, and even if they do not give that information, they still may prove useful for the advanced strategies to be covered in part 2.

The profession genealogists at Price Genealogy are very experienced in solving difficult German research problems and in finding your ancestors’ origins in Germany.