Genealogy in India and British India 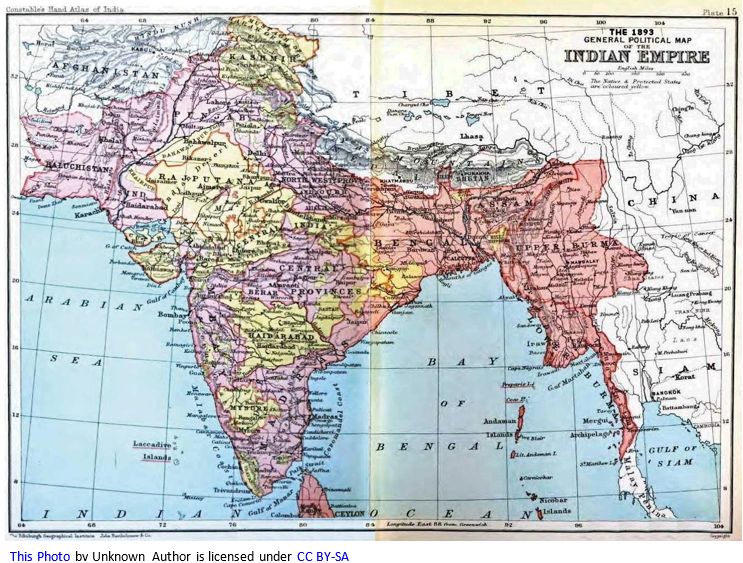 Genealogy in India and the former British Indian subcontinent is fascinating. Research on the diverse native peoples of India is a subject requiring specialized knowledge and experience. One brief article cannot cover the many groups of people who lived in India over the centuries. However, the British influence in India was long-lasting and many British families were intimately connected with India. In fact, if any of your British ancestors seem to have disappeared from censuses or if vital records missing, it is very possible that they were in the British Asian subcontinent.

A Little on Native Indian Genealogy

The Hindus have record collections in FamilySearch that go back as far as the year 1194.[1] In this culture, a respectable ancestry is highly valued. The idea of preserving genealogies seems to have appealed to them for centuries. There are one hundred and thirty-seven genealogical tables that relate to Adam and Eve and their descendants.[2] One reason for this is the special duty of the “sutas,” to preserve the genealogies of gods and kings.[3] In ancient India, historical records are called “vamsas,” which translates to dynasties.[4]

In India, like many cultures, knowing the area the ancestor lived is essential.  The areas are divided into seven union territories, and further broken down into twenty-nine states. Surnames play an important role. They can link an ancestor to specific regions, clans or tribes. Even the profession of an ancestor can lead to the region they lived in. Surnames sometimes indicate a family’s religion, and help determine if they were Hindu, Islamic or Christian.[5]

Anglo-Indians: The British in India

When it comes to researching an ancestor in India, there are a variety of sources to consider. The British Library, FamilySearch Catalog, and the National Archives in India, are just a few. These are discussed below. If you are new to researching your family in East India, the BYU Research Guide for India is a short list of sources.

Vital records such as birth, marriage, and death are held at the jurisdictional level that presides over the Christian or Anglican parish where the ancestor lived. These records were not kept at a municipal level until 1872.[6] For the time periods before 1872, other record types will be vital to your research. These include church, probate, cemetery, military, land records and more. Below is a list of repositories and links to their collections.

The British presence in India and the British Library

The British presence was first established in Surat, in 1619, by the English East India Company.[7]  By the end of the 1760s, they controlled most of what is now present-day India, Pakistan, Sri Lanka, and Bangladesh. The British Parliament transferred political power from the East India Company to the Crown in 1858. What this means is the British records will be vital in researching your British ancestors. Resources for the study of South Asia, past and present, can be found online at the British Library. Online genealogical databases held by the British Library can be found at the India Office Family History Search. Vital records are searchable at their Search page. The Families in British India Society or “FIBIS” has taken some of the collections held at the British Library, and created a searchable database. This is a must-see resource for those researching East Indian genealogy. It holds civil records, ecclesiastical registries, personal papers, photographs, cemetery inscriptions, newspapers, military records, and more.

The National Archives of India

The National Archives of India is the keeper of records for the government of India. It is the largest archival repository in South Asia. The Netaji Papers alone offers over 7500 microfilm rolls of records. These records were recently made available to the public in 2015. The online searchable records are held in two collections: the Abhilekh patel (see the cartographic records) and the Netaji Papers. The types of records are cartographic, war time, land, medical, educational and personal papers.

Important digital microfilm collections of “Ecclesiastical Returns” and their indexes can be seen from home or any online computer (after registration at the website):

For British India, probates are of considerable importance, and images of original records can also be viewed at home:

FamilySearch has only begun to scratch the surface of India’s records with their microfilming or digitization projects. Fortunately, there is more that is available for the British influenced areas of India, with much of it being archived under Britain’s own collections rather than Indian government archives. The key to being successful in East Indian research is to think outside the genealogical box. There are many noteworthy resources, including:

Dictionary of Indian Biography: A book that contains stories of distinguished peoples in India. It is accessible free of charge on Google Books.

India Archives Gazetteers: These are very useful in East Indian research, as they offer geographical information and social statistics and they are overlaid with the different geographical areas of India.

Imperial Wartime Museum: This museum holds collections that covers all aspects of 20th century wars involving Britain. A few of the items in this collection that reveal the experiences of people during war time are photographs, personal diaries, letters, and pamphlets.

GenealogyLinks.net: They have over fifty links to useful resources for India research.

Australian Institute of Genealogical Studies: They hold a large number of records on British India, including a near complete collection of the Ecclesiastical Returns. These returns contain vital record information such as birth, marriage and burial.

Anglo-Indian Family Trees and their links to British India: They have over one thousand pages and some are categorized by surname to assist in researching your family.

Jews of India: Originally created by Nissin Moses in 1999, this site has over ten thousand names, and there are thousands of pictures and several hundred biographical write-ups.

1947 Partition Archives: This is a site dedicated to preserving the stories of those effected by the Partition of British India in 1947. There are personal interviews, photographs and other types of information that may help locate an ancestor.

With some of the best East Indian genealogical resources being available outside of major genealogical websites, and other important resources still offline, hiring a professional to research your East Indian ancestry will help ensure no important resource is missed. Price Genealogy’s team has experts looking forward to meeting your individual research needs. Please inquire today.