Genetic Genealogy (part 1) : How to use a DNA test 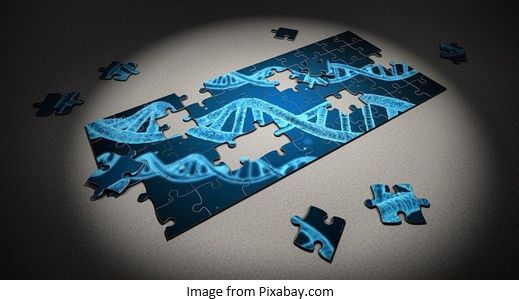 DNA is now an essential tool in genealogy. The appropriate handling of DNA evidence is a part of the Genealogical Proof Standard and most professional genealogists are now expected to know something of how to use DNA. Yet, so many people who have taken a DNA test have not explored past the ethnicity percentages. The real usefulness of a DNA test lies in the DNA match lists and segment information. This post will be the first in a four-part DNA series that will address various topics that will help you know what to do with your DNA test. By the end of this post, you should have a basic understanding of how to use the DNA matches list in your genetic genealogy work.

How to Use DNA in Your Genealogy

Whether you have taken a DNA test with Ancestry, MyHeritage, 23andMe, or Family Tree DNA, you can use your DNA test to solve problems and help build your family tree. DNA matches can help you solve adoption and other unknown parent mysteries. They can help break through brick walls and confirm specific relationships you may be unsure about. Do you have one of these common genealogy problems? Continue reading to see how DNA can help. DNA can also be a powerful way to learn more about yourself and your ancestors. Have you ever wondered just how much of yourself comes from one of your grandparents? You can learn right down to the chromosome and segment what you received from your grandparents, great-grandparents, and beyond.

Most DNA tests give you results based on your autosomal DNA. This is a specific type of DNA that you inherit from every one of your direct ancestors within 5-7 generations. If you have a question about your family tree within that many generations, whether an adoption or other circumstance, then a normal autosomal test is the best way to begin answering the question.

Other DNA tests include Y-DNA, X-DNA, and Mitochondrial DNA. These types of DNA do not come from every direct ancestor, but specific ancestral lines. Y-DNA is typically passed down only from father to son. It is only useful when you have a question on your paternal line and you are male, have a Y-chromosome, or have a close living relative with a Y-chromosome. Mitochondrial-DNA is only passed down from mother to child. While both males and females have mitochondrial DNA and can be tested, it will only give information on the direct maternal line (mother to mother). X-DNA is less commonly talked about in genealogy but does provide information on a number of lines in your family tree. X-DNA is passed down from mother to child and from father to daughter. In fact, the only difference in inheritance between autosomal and X-DNA is that X-DNA is almost always not passed down from father to son.

Y-DNA and Mitochondrial DNA do not change very much from parent to child, which means two important things. First, tests of these types of DNA provide information about an ancestral line back 20 or so generations. Second, since this DNA does not change very much from generation to generation, it provides less precise information about specific ancestors and cousins. If you have a close match on a Y-DNA test it is difficult to estimate who the common ancestor is because it could be one generation away or a couple generations away. The DNA just does not change enough to be more precise. 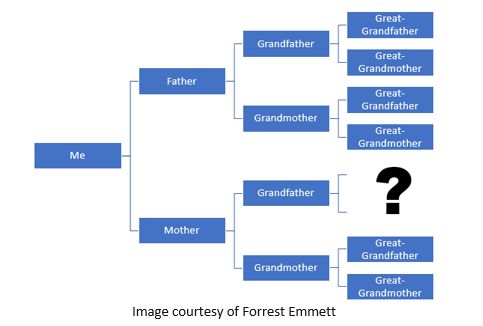 Using DNA to Fill a Hole in the Tree

Whether it is an adoption question or brick wall problem, DNA can be useful for filling in holes in a family tree. The general strategy can be summed up in these three steps:

A hypothetical and “ideal” example of this process has been included at the end of this blog post to show how this process can solve a mystery.

Sometimes individuals simply want to confirm that they are biologically related. I know that my older siblings always told me that I was adopted (I am not). In this case, the goal is to find enough DNA evidence to be certain of a biological relationship. If I want to prove that I am biologically descended from my great-grandfather, I should look for at least one 2nd cousin who is also descended from that great-grandfather. I should also look for a couple 3rd cousins who are descended from a sibling of that great-grandfather. To do this, an individual looks for DNA matches who are related to the family of the ancestor in question and confirms that the amount of shared centimorgans matches what would be expected for that relationship. Then, I verify that the amount of shared centimorgans with each of these cousins is the amount that I would expect. Blaine Bettinger conducted a project called the “Shared cM Project.” The graphic, which can be found here, can tell you the range of cM for up to 7th cousin and half 3rd cousin relationships. The project used data from over 60,000 individuals to create the ranges.

Learn About Your Genetic Makeup

23andMe, Family Tree DNA, and MyHeritage are the three major DNA testing companies with features that allow you to compare chromosomes with your DNA matches. Using this tool, you can see where you have the exact same segments of DNA with a relative. If you and your 2nd cousin share an identical segment of DNA on chromosome 9 and you are only related through one set of great-grandparents, Doug and Judy, then you can know for sure that you got that segment of DNA directly from your grandpa, Jim, their son. If you also have a third cousin who shares that identical segment on chromosome 9 and is related to you through great-grandpa Doug’s parents, then you know that the segment was passed down to you from great-grandpa Doug, to grandpa Jim, to your parent, to you. Some genealogists strive to map out their entire DNA inheritance in this way.

DNA tests offer so much more than ethnicity percentages. From solving mysteries to learning about your own DNA makeup, there is a world of possibilities with DNA. So, get started by sorting out your DNA matches according to which side of the family they come from. At Price Genealogy, our experts can analyze your DNA and help you solve your research challenges. 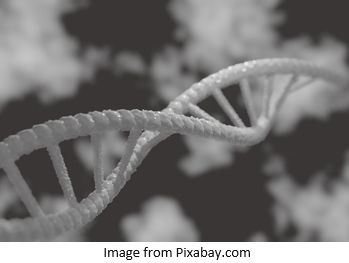 Example: Filling in the Missing Hole with DNA

Joseph is missing a pair of 2nd great-grandparents in his family tree. Joseph’s great-grandfather, John, died when his maternal grandmother (his mom’s mother) was only one year old. His great-grandfather came to New York from Canada alone in the late 1800s and all information about John’s parents and origins was lost. Joseph’s family had tried every other way of finding John’s origins, but only hit dead-ends. Joseph decided to take a DNA test.

In case you missed some of our other posts on DNA:

Join these Facebook Groups to learn more about DNA:

Have you done any genetic genealogy work?  Let us know in a comment below!