Norway is known for the natural beauty of its land, from its fjords, to its mountains, to its rolling green hills. For millennia, its people have felt deeply connected to the homelands in Norway as farming and agriculture provided the means for survival upon its untamable surface. Have you ever wished you could see your Norwegian ancestors’ homelands? Whether or not you have the ability to go there in person, there are many wonderful tools and resources for learning about and even seeing the places where your Norwegian ancestors came from. This blog will be part one in a two-part series on learning about, visiting and/or seeing remotely your family’s ancestral places.

For centuries, “the farm” or gården was a central feature of Norwegian society. From the time of the Vikings (800-1050), nearly every person was attached to a farm as an owner, laborer, soldier, or servant/slave. In the Middle Ages, nobility owned most of the farmland and the rest of the population worked the land. However, in the middle of the 1300s, the black plague hit and decimated the Norwegian population. So much of the population died, nobility included, that many farms were left empty and unclaimed.[2]

From this point on, things changed drastically. The Norwegian nobility mostly disappeared, and Denmark took over. By the 1600s, there were far fewer large estate owners and many more individual landowners.

In the 1800s, the population in Norway boomed. With not much farmland to begin with (only 2% of the land in Norway is farmable), there was less opportunity for Norwegians to make a life for themselves on a farm. Many moved into growing cities, which served to further reduce available farmland, and finally the age of emigration arrived. Unsatisfied with prospects in Norway, hundreds of thousands of Norwegians flooded out of Norway during the 19th and early 20th century. Many of those emigrants came to America and the connection to their homelands in Norway was gradually forgotten.

As discussed in earlier blog posts, the first and often most difficult challenge is to find the ancestor’s place of origin in Norway. Our research experts at Price can help with that. But after identifying a place of origin, most people keep to the church records, trace back their ancestry, and never stop to inquire about their ancestors’ experiences on the beautiful Norwegian landscape.

Where Exactly Did My Ancestor’s Live?

With a farm name and the name of the parish it belonged to, a number of useful resources are available for learning exactly where the farm was located.

How Can I Learn the History of My Family’s Ancestral Farm?

How Can I See My Family’s Ancestral Farm?How

Lars Olsen was born 1815 in Nord Odal parish and lived on the farm Linnerud for many years. First, it was necessary to figure out exactly where it was located. 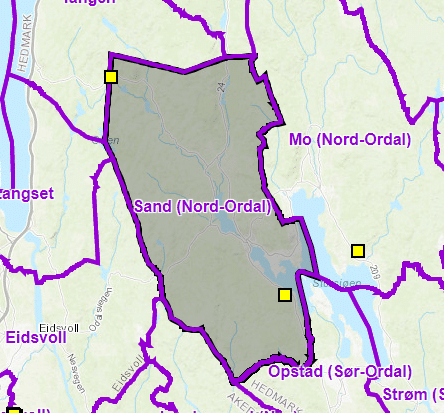 Bygdebok – In the book, Nord-Odal Bygdebok, bind 2 by Birger Kirkeby, it referred to Lars Olsen as “Lars Olsen from Linnerud under Trauten, born 1815.“[3] So, the farm Trauten was found on the map. 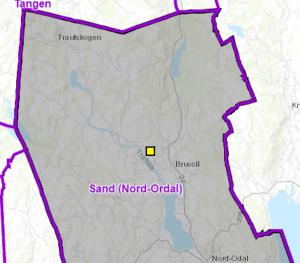 Unfortunately, Trauten was right in the middle, so this was not particularly helpful. In the table of contents of the book, other farms within Trauten that are near to Linnerud were mentioned, like Dalsrud and Trøftskogen. 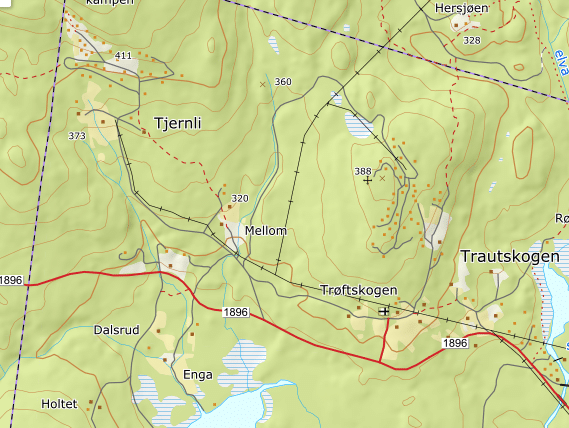 The next step was to learn about the farm. The bygdebok for Nord Odal, volume 2 also told about the history of Linnerud. Because of copyright it cannot be copied word for word, but the entry said that Ole Gundersen, the father of Lars Olsen, cleared and built up the farm Linnerud about 1812-1814. Lars Olsen was born there. After Ole Gundersen, his son Ole Olsen took over. He passed on to his son and then the place was abandoned in 1911.[4]

The last step was to see it. While relatives could be contacted or Google Earth could be used, we were able to take a trip to Norway and see the place where Linnerud used to be. 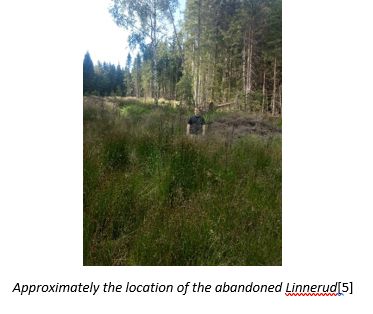 The next part of this blog will handle taking a trip to Norway to visit ancestral places. It will include tips and ideas for what research and prep work should be done beforehand to get the most out of the trip and what kinds of places you should visit in the area where your ancestors came from.

Do any of your ancestors come from homelands in Norway?  Let us know in a comment below!