I Know My Ancestor is From Italy, but Where Exactly? 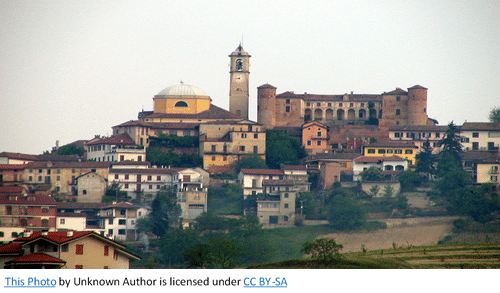 If you have Italian ancestors, then you should know that Italian immigration had an enormous effect on the growth of America in the 19th century.  In the 1880s, Italian immigrants numbered 300,000. It rose to 600,000 in the 1890s and in the next decade it topped more than two million.  By 1920, over four million Italians had relocated to the United States and represented over 10% of the nation’s foreign-born population.  Italians were leaving the poverty and political unrest of the newly “unified” Italy and were seeking better opportunities in this young country.

The experience of Ellis Island was a confusing push of humanity as they moved through the bureaucratic process of physical and mental inspections, the reporting of names and places of origin and new destinations, and attempted to prove their ability to work in America.  As many as 5,000 immigrants per day were rushed through this maze of hurdles.

“The regulations were confusing, the crowds disorienting, the officials rushed, and the hubbub of countless competing languages must have been jarring to the nerves. The moment of departure, when successful immigrants boarded ferries for New York City or destinations further west, came as a tremendous relief.”[1]

It is completely understandable that your ancestor did not push to correct the inspector’s interpretation and writing of their names or other pertinent information as they were trying to move through this process quietly and quickly.  They wanted to get through it without causing any issues that would cause them to be detained a moment longer.

So where do you find information on the region of Italy and particularly the village they left behind?

WHERE TO LOOK FOR THE VILLAGE OF ORIGIN

You can locate important records, notices and documents in a variety of free and subscription websites like FamilySearch.org, Newspapers.com, GenealogyBank.com and Ancestry.com. Here are five ideas on how to find that sometimes elusive village.

For example, the ancestor in the record below stated on the Immigration Passenger List[2] that he was from “Isernia,” which is a village and a province.  Research was conducted in the village’s vital records in hopes that this person meant the village of Isernia rather than the Isernia Province.  It was quickly determined this was a correct assumption as numerous birth records, marriage records and death records were discovered in the village of Isernia. 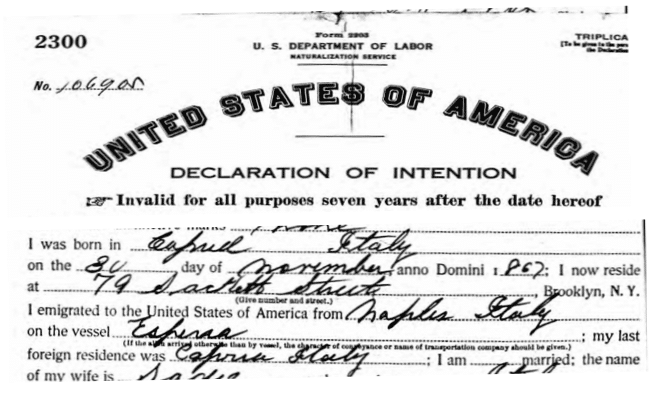 Our Italian ancestors were incredibly courageous and hopeful as they embarked on their amazing adventure in an unknown land!  They put everything from their homeland behind them and looked forward with the dream of making a better life for themselves and their growing families.  If we truly desire to know the family traditions, the reasons for relocating and the history of our ancestors, we must locate the village from whence they came.  We need to study the historical facts and historical persons from that village and come to understand their hearts and motivations.  And always, if we want to more deeply understand them, we must walk in their footsteps in that village. Go find the relatives that are still living there, probably in the very home your ancestor left from.  Your cousins are still there in that beautiful little village and they want to know about you!

Our researchers at Price Genealogy are ready to help you break through to your ancestors from the old country . . . from beautiful Italy!

Do you have Italian ancestors?  Let us know in a comment below!