Irish Research, Part 1: Identifying your Irish immigrant ancestor and their place of origin 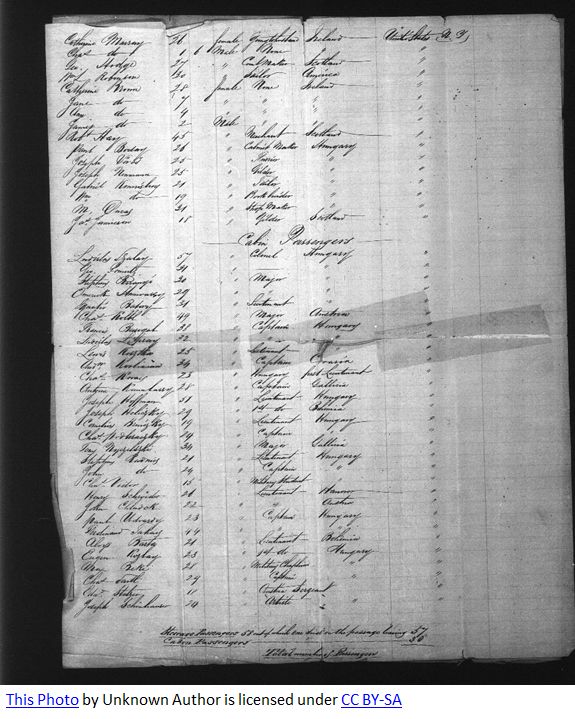 If you claim Irish ancestry, you certainly are not alone. According to the 2017 American Community Survey[1], conducted by the U.S. Census Bureau, about 33 million Americans (10.1 % of the total population) self-identified as having Irish ancestry and another 3 million self-identified as having Scots-Irish (Northern Ireland) ancestry. Ireland is second only to Germany as the European place of ancestral origin claimed by respondents to the survey. So, a large portion of the U.S. population could have a desire to know more about their Irish origins and they may wonder, where do I start? The answer is the same for family history researchers the world-over: start with what you know.

When beginning any family history project, you start by determining what you know about your family and what you want to learn. When your project includes an emphasis on tracing the family back to their country of origin, you need to answer these important questions:

When it comes to researching your immigrant Irish ancestors, knowing the answers to these questions will help increase your chances of success.

Obviously, you have to identify your immigrant ancestor before you can have any hope of success in tracing him or her back to their place of origin. Knowing just the family surname is of little help.

Knowing when your ancestor immigrated will make a huge difference. If he or she immigrated in the mid-1800s they will be much easier to trace than if they came in the mid-1700s.

Immigrants often came in family groups, or along with neighbors, especially early immigrants. Knowing whether your ancestor immigrated along with others, and taking the time to do a little research on those others, may help you solve your research problems.

If your immigrant ancestor settled in an area where other people of their ethnic origin had previously settled, they may have some relationship or connection to those earlier settlers. Perhaps they settled where other family members, former neighbors, or associates were established. Learning more about those other family members, neighbors, etc, may help you solve your research problem.

If you can find a clue, any clue, as to where your immigrant ancestor came from in their country of origin, you will be way ahead of the research game.

There are a number of U.S. sources that can help you identify your Irish immigrant ancestor and his or her place of origin. Here are a few suggestions.

These are just a few suggestions for sources to help you identify the place of origin of your Irish immigrant ancestor. You can look in the Research Wiki on FamilySearch.org or elsewhere on the Internet for other suggestions, or you can let a professional genealogist search these and other sources for you.

In next month’s blog we will discuss Irish sources and how to access many of them through online databases.