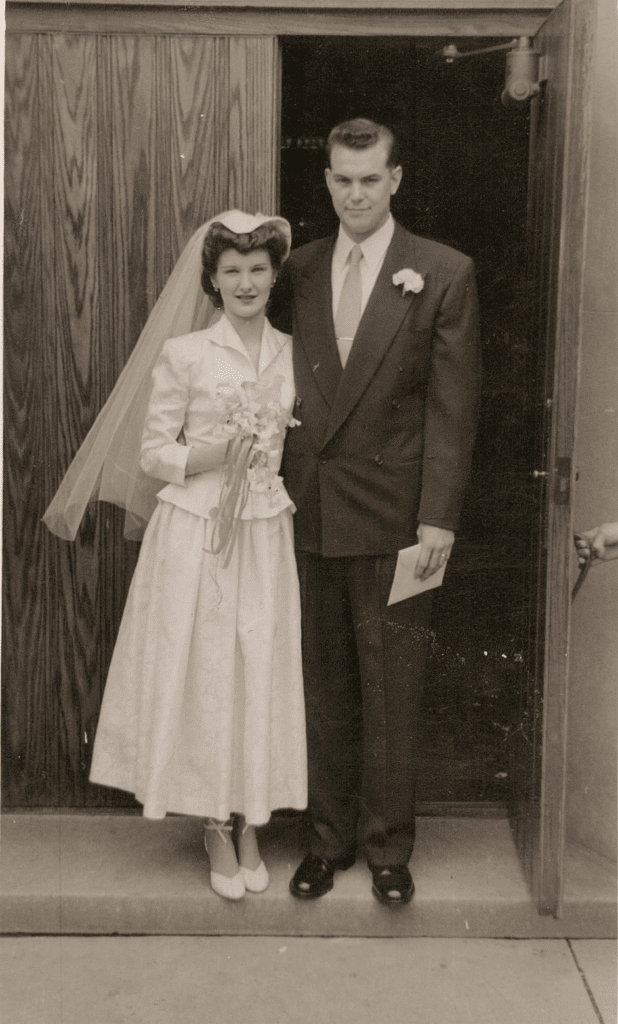 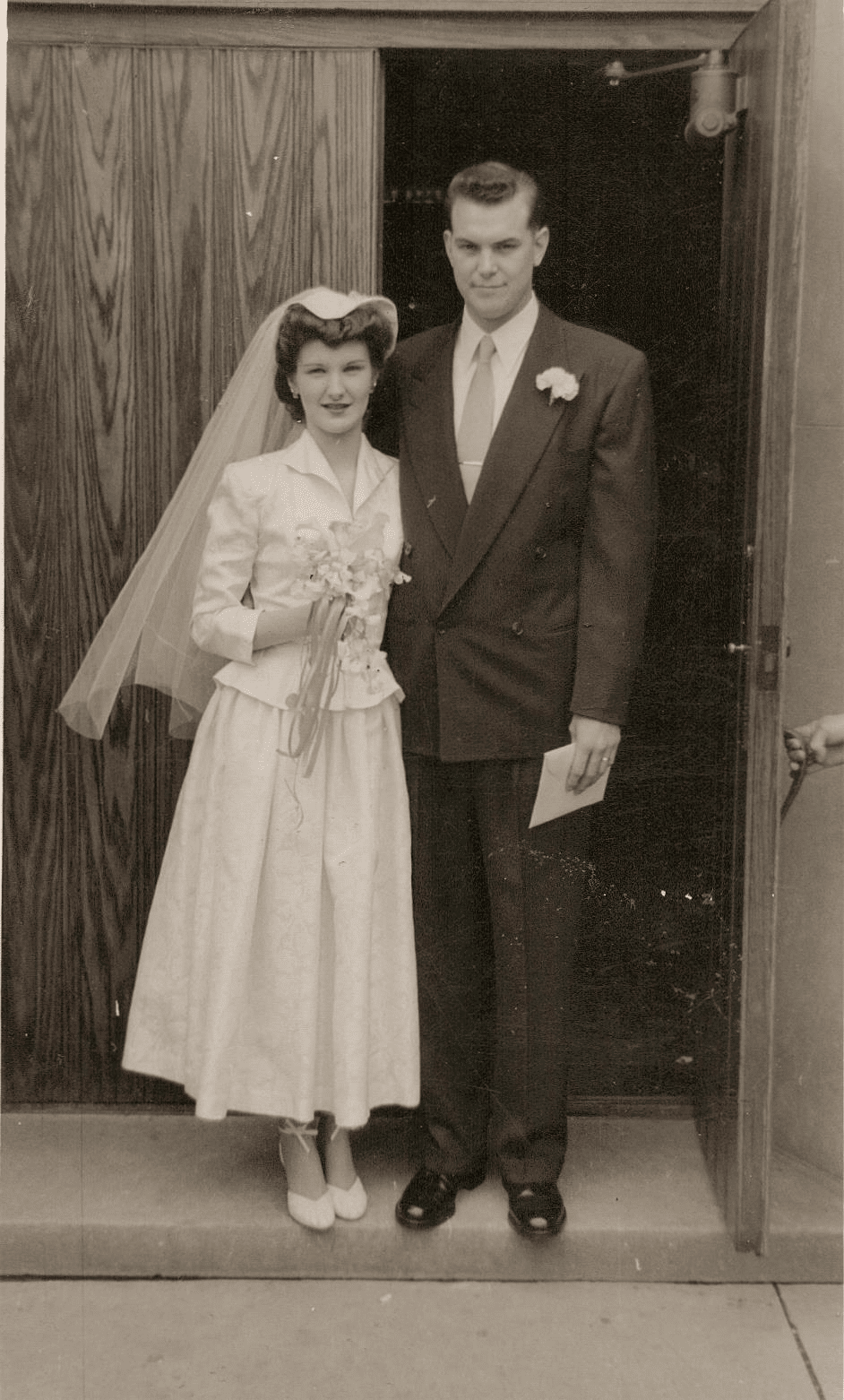 As Valentine’s Day approaches, we often think of couples falling in love, renewing their commitments, or celebrating their love for one another. Most of our ancestors have sanctioned their union civilly or through churches. Family historians and genealogists are always looking for documents to prove marriages and to better understand the customs and procedures that governed historical practices.

It can sometimes be a challenge to figure out where a couple got married. Not all places required the posting of banns on three consecutive Sundays or applying for marriage licenses. Ship captains could sometimes perform marriages. These marriages might be documented in the ship’s log. Some couples married outside the country, especially along international borders, to avoid dealing with U.S. marriage laws. Historically, a couple’s marriage may have occurred before civil registration commenced. Some record keepers failed to create or report the documentation that the law required. Wars, fires, and time have led to record loss.

Most marriage records in the United States are found at the county level. Many of these records have been microfilmed and are available on FamilySearch.org.  Most are indexed and those indexes are also available on FamilySearch and on Ancestry. For FamilySearch, use the catalog and look under “vital records” in your county of interest. It will tell you if they are available online and if they are indexed.  A general search can also be done by using the Record collection feature.  You may also wish to search for marriage records on Ancestry.com using a general search.  If you wish to learn more about marriage records in the United States, visit the FamilySearch Research Wiki for your particular state and county. A helpful article to review is “United States Marriage Records,” accessible here.

A Gretna Green is a place where a couple could marry and avoid the scrutiny of their home village or town. There was a real-life Gretna Green in Scotland. Scottish law allowed pretty much anyone to officiate a marriage without requiring licenses or even banns beforehand. In Scotland, a couple could marry under age 21 without parental consent. These lax marriage laws opened an opportunity for many young English couples who had difficulty getting married under English law, which required in most cases that the wedding be performed by a minister in the Church of England. Today, Niagara Falls, Las Vegas, and other “romantic” destinations attract couples seeking to quietly or quickly marry. There are online articles that provide lists of common Gretna Green locations and places where many couples married. If your couple of interest cannot be found in marriage records in the area where they lived, consider the possibility of a Gretna Green style marriage. For more information about other Gretna Greens, visit https://www.familysearch.org/wiki/en/Gretna_Greens_in_the_United_States. With the increased availability of online databases, finding weddings of couples who married in unexpected places has become easier. 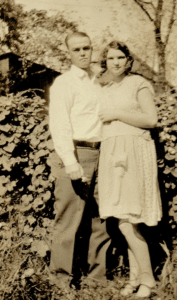 It is usually straightforward to find marriage records from civil authorities, but depending on the jurisdiction, it has only been since the mid-1800s or early 1900s that these records have been kept in most areas of the United States. The New England colonies and states were the exception. Towns there have kept vital records since the 1600s. However, even when civil records exist, records maintained by other institutions often contain valuable information that the civil record keepers were not legally compelled to collect.

When widows of deceased veterans applied for pensions, it was common for them to furnish proof of their marriage. In their application packet may be a certified copy of the marriage, or notarized affidavits from persons who officiated at a marriage or attended the ceremony. Occasionally, especially when laws granting pensions to widows of veterans had not yet been passed, “private relief bills” were sometimes sought through a congressman. Even if a “private bill” did not pass, there may be documents that had been submitted for the committees’ consideration. As with pension files, it may include a record of marriage. With the Congressional session and bill number, which can be found online, the archives may have these unique private supplementary documents that exist nowhere else. Sometimes people made multiple petitions in different Congressional sessions for these private relief bills.

For sessions before 1875, a free website called “Century of Lawmaking for a New Nation: U.S. Congressional Documents and Debates, 1774-1875” on the American Memory / Library of Congress can be searched. Otherwise, a paid subscription through websites like GenealogyBank will connect you with the searchable Congressional Serial Set. Once a reference number is found, the National Archives can find the original record for you. The Congressional Record publications contain genealogical information, some of it placed there by individual congressmen. The Congressional Serial Set is an index of every person mentioned in the Congressional Records they cover, from the early 1800s onwards. The National Archives should never be discounted. 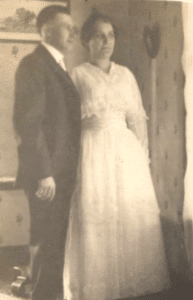 In the 1800s and early 1900s, many towns and counties recorded their history and some of their earlier settlers and prominent citizens. Many of the sources used no longer exist today. They interviewed people then living. The accuracy of biographical information varies, but these printed histories provide irreplaceable information and clues.

There are situations where no surviving marriage record can be found. There are sources that will confirm that there was a marriage, even if it is impossible to find the actual date and place. Consider probate, taxation, land transactions, notary records, local newspapers, and general court records. Newspapers include more than obituaries; they even mention couples visiting from out of town. Court records include lawsuits, criminal proceedings, guardianships, etc. The variety of records where a marriage may be mentioned is daunting, but sometimes this is where we find that critical evidence.

If you’re lucky, you may find your ancestor’s marriage record with a simple online search. On the other hand, verifying a marriage may require a lot of indirect evidence. You may need to write genealogical or historical societies. Archives contain lots of records that have never been digitized or indexed. The professionals at Price Genealogy are very happy to assist you.