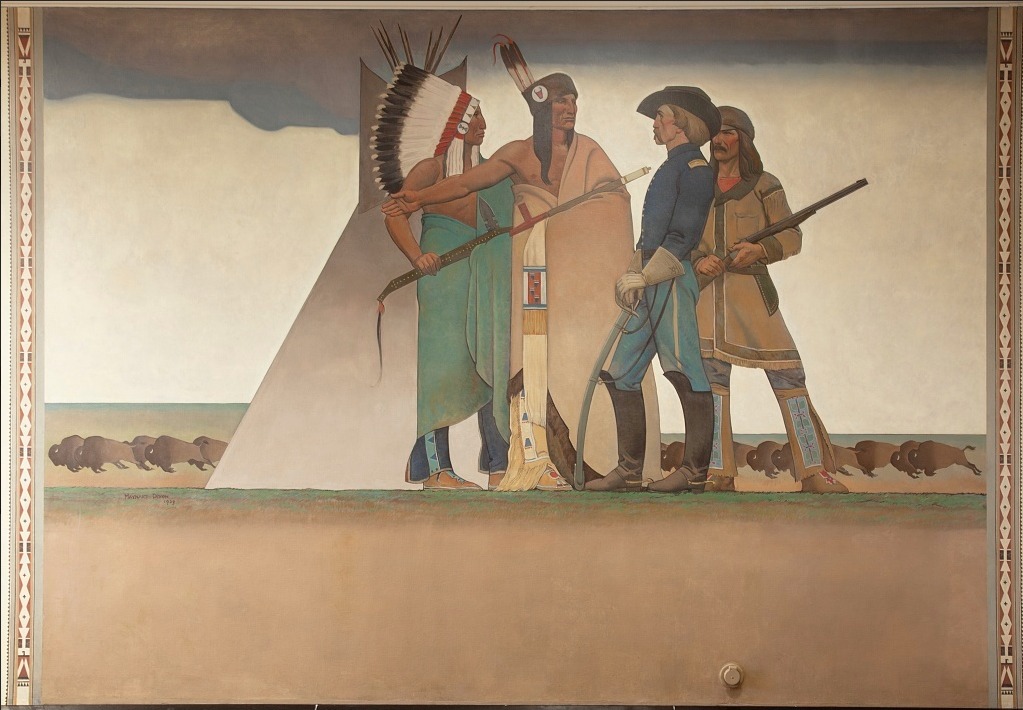 Many people grew up hearing about a family member that was Native American.  For some, having this heritage proved to be true, for others it was simply a myth.  Proving the lineage can be difficult.  Whether you are looking to connect to an actual tribe or just want to locate the ancestor with the Native American heritage, it means constructing a family tree using a multitude of sources.  Here are some tips and resources to assist in  your Native American research.

The first thing to always do, is start with what you know.  Talk to family members, and make note of the names, dates, places, tribal affiliations, and other details they remember.  If a tribal affiliation is not known, try looking in the place where the ancestor lived to determine what tribes existed that area.  Keep in mind that the reservations and tribes moved often.  After 1830, when the U.S. Congress passed the Indian Removal Act, tribes were forcibly moved to different locations.[1]

Some helpful maps are:

Once an area is identified, consider joining the historical society in that region.  The Oklahoma Historical Society holds one of the largest collections of Native American records.

They send regular email updates to keep members up-to-date regarding the various record collections they hold.[2]  This can be very valuable as new collections are digitized and released.

If a tribal affiliation is known, the Bureau of Indian Affairs may be able to assist with locating records and history of a particular tribe. Most of the files, regarding individuals, are kept at the agency level or in the Tribal Offices of each tribe. Many of the records created by the Bureau of Indian Affairs have been preserved by the National Archives. Some of the records have been digitized and are now available online in various places. Some online collections and their locations are:

Ancestry.com has more than 10 million Native American historical records and touch over 566 tribes. Access to these records collection is not free, they charge a fee for an account. The census counts, treaties, land allotments, marriage certificates, and citizenship documents are just a few of the records available. Some collections available on their site are:

If you are looking for free access to Native American genealogical records, some places to consider are:

The website includes essential links to the various tribes throughout the United States, such as school records, census records, treaties and other agreements, books, newspapers, and histories of the Native American tribes. Some collections held on this site are:

Family Search is another free website that holds links to a whole host of records, including church and hospital records for Native Americans.  A specific collection that should be noted is the Guion Miller Rolls.  Guion Miller stated there were 45,847 enrollment applications filed, representing some 90,000 individuals.

The Carlisle Indian School collection holds information regarding the schools and farms that held Native American students.  The first boarding school was established in 1879 by Captain Richard Pratt in Carlisle, Pennsylvania.[3]  By the end of the century, dozens of Indian boarding schools were opened across the country.  The beneficial information that can be obtained is:

While this is not a complete list of all Native American records available online, you can see there is an abundance of information accessible for those researching Native American ancestors. Though the research process can be difficult, don’t give up. Remember to start with what you know, take your time and explore the records that are available in the sites mentioned above.  Part two of this series will address Native Americans in the Military, their naming traditions, and the controversial Native American DNA.

The professional genealogists at Price Genealogy are happy to assist you as you seek to learn more of your Native American ancestry.