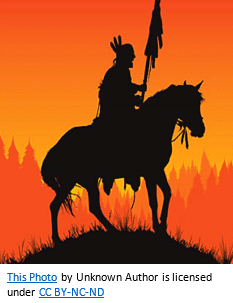 There is a large amount of information available out there for your Native American genealogy research. The following list is a great start and can lead you to resources for the various areas of Native American research.

These records show payment in money to individual Indians. They provide the English name and/or Indian name, plus age, sex, degree of Indian blood, and relationship to head of family. These records are available from the National Archives and its Regional Branches, and some through the Family History Library in Salt Lake City (FamilySearch.org).

These rolls were generally submitted each year by agents or superintendents of Indian reservations and recorded every year on most reservations. Search these if the individual was not a member of one of the Five Tribes. The Indian Census Rolls record the Indian and give name of an individual and other information, as well as deaths in previous years, giving the date of death.

Church records are the earliest sources for proof of Native Americans. Several church denominations were active in missionary efforts among Native Americans: Catholic, Presbyterian, Baptist, Moravian, Quaker, Methodist Episcopal, and Lutheran. The content of the records of these churches vary considerably. One of the earliest policies of the European settlers was to convert the Indians to Christianity and the European way of life. To search these, you need to know the name, approximate date, and place where your ancestor lived. These records can be found in various depositories, through the FamilySearch, local churches, and in private or state archives.

The Dawes Rolls, also known as the “Final Rolls,” are the lists of individuals who were accepted as eligible for tribal membership in the “Five Civilized Tribes”: Cherokees, Creeks, Choctaws, Chickasaws, and Seminoles. Those found eligible for the Final Rolls were entitled to an allotment of land, usually as a homestead. Use these records if your ancestor was alive during the enrollment period between 1896 and 1905. If your ancestor died prior to 1893, you could search for surviving children or grandchildren.

Example of Index and Final Rolls of Citizens and Freedom[1]

This is a list of Eastern Cherokees who applied for money awarded in 1905 because of a lawsuit. Use this roll if your ancestors were alive on 28 May 1906, members of the Eastern Cherokee tribe at the time of the treaties of 1835, 1836 and 1845 between the United States and Eastern Cherokee, or were descendants of such persons, and not affiliated with any Indian tribe other than the Cherokee. These can be found through Ancestry, FamilySearch, Fold3.com, and records of representing attorneys.

Numerous Historical Societies, Libraries, and Universities in the U.S. have extensive collections of Indian material and records.

In 1887, the General Land Allotment Act was passed, allowing the federal government to allot a piece of land to each individual on the reservation, to be held in trust for them. Land Allotment Registers record the name of each individual with a legal description of the land allotted to that person. Family Register was a record kept of family relationships, primarily to assist the BIA agent to determine who was entitled to a fractional interest of an allotment when an allottee died. Heirship files are similar to probate files off-reservation but were kept for those who were allotted land. Records are available from the National Archives, Indian Agencies, and the Regional Branches of the National Archives. Some are available through FamilySearch.

Deeds, tax rolls, etc. are recorded at the county level of government. Many are available through FamilySearch and Ancestry.

Native Americans have formally participated in all the U.S. wars beginning with the War of 1812. Records can be found through the National Archives, Ancestry, FamilySearch, and Fold3.

These records provide the name of testator, residence, legatees or heirs, relationships, description of land and property (including their Allotment Number), date of will and probate, witness, and date of approval by the Bureau of Indian Affairs. Wills can be found through the National Archives.  Heirship Papers are available from the Nation Archives and also through the Indian Agencies.

They give the name of all children of school age (6 to 18), age, sex, tribe and degree of Indian blood, distance from home to public school, name of parent or guardian, and details of attendance or non-attendance. These records are available through the National Archives and its Regional Branches and Indian schools.

Finding an Indian ancestor on a tax or voter registration list does not mean they were not Indian. In most states, Indians were not allowed to vote until sometime after World War II. These records can be found on Ancestry, and through FamilySearch.

Tribal Enrollment Records were records kept by the tribes to identify who were members of each tribe. The time period covered, and the content of the records vary quite a bit from tribe to tribe. They may provide the following: name of head of family, his or her parents, grandparents, uncles, aunts, brothers, sisters, and children. They give ages or birth dates, marital status, tribal and band affiliation, and land allotment information. The records are available at the National Archives and at Tribal Offices of the individual tribes, and some through FamilySearch.

Vital Statistics for Indian ancestors pertain to births, marriages, and deaths. To find this information you must know the individual’s name, when and where an event occurred. These records are available through the National Archives and its Regional Branches before 1934, Indian Agencies after 1934, and the Department of Vital Statistics in each state.