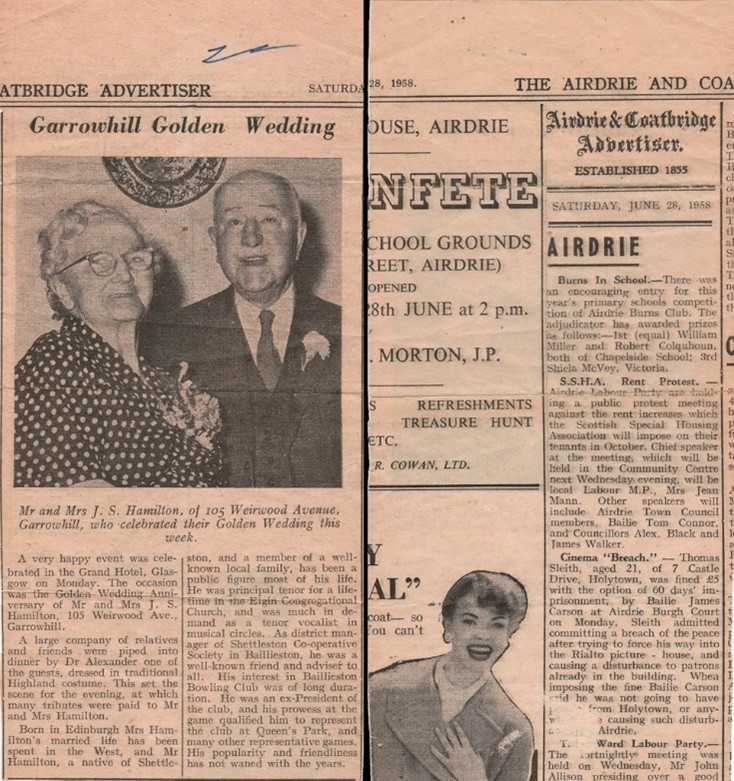 Newspapers are the ancestors of Facebook. Our ancestors used newspapers to keep up with the world around them, much like we use social media today. Newspapers contain political, sports, and social news of their day. Ads showcase the products and services being sold at the time.  This gives us a glimpse into what life was like for our ancestors. Which is why newspaper research is so important.

The most common way newspapers are used in research is obituaries. Obituaries often give a synopsis of the life of the deceased, or what the family of the deceased wanted everyone to remember about them. Obituaries often list the names of the parents, the birth information of the deceased, who they married, names of surviving relatives, and other information about the life of the deceased, including clubs and memberships. For an immigrant ancestor, this may be the best clue for the hometown. If an obituary mentions a religious affiliation, that gives a good clue of where to search for church records. If an ancestor died in a place other than his or her residence, there may be obituaries published in both places, providing more information.

Ancestors may have also been mentioned in articles in the social section of newspapers. There may have been a newspaper announcement for a couple’s 50th wedding anniversary. Sometimes newspapers mentioned a visitor who came into town to see a relative. If your ancestor was involved in a crime (whether as the perpetrator, victim, or witness), they may be mentioned in an article covering the crime. This is especially true for rural areas; rural newspapers covered everything and are therefore a valuable resource for small town ancestors.

Newspapers were helpful in solving the mystery of George Obermeier and Oscar Boneck. According to family lore, George Obermeier of Wisconsin changed his name to Oscar Boneck and moved to California in an effort to run away from the law. Census records and World War draft registrations showed one name or the other at a time. Where one name appeared, a thorough search never yielded the other name. While this evidence supports the name change, it is not as strong as the evidence provided by newspaper research. 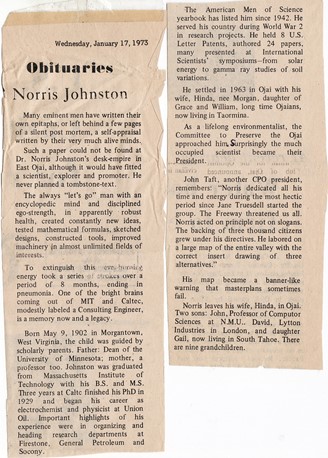 Oscar Boneck’s 1983 obituary stated that he was born 1899 in Washintgon, was a veteran of WWI, and had a sister Ann Boneck in Wisconsin. No WWI information had been found for Oscar Boneck; and George Obermeier, born in 1902, would have been too young to serve in that war.  Even though other records of Oscar Boneck state he was born in 1899 in Washington, no birth for an Oscar Boneck could be found there. One running from the law would have a motive to intentionally falsify their birth information, and this may be the case here.

The most helpful evidence in the obituary is the connection to a relative in Wisconsin. Anna Boneck’s 1984 obituary stated that her maiden name was Obermeier and that she was the daughter of Mr. and Mrs. George Obermeier, and the wife of the late Paul Boneck. The 1910 census shows George and Francis Obermeier living with their children Annie, George, Walter, and Carrie Obermeier in Wausau, Marathon, Wisconsin. The ages for Annie and George on this census are close to the birth years given in their obituaries. Ann Obermeier had two brothers; the obituaries give proof that she is Oscar Boneck’s sister, but no proof of which brother is Oscar Boneck.

Newspaper research also helped to narrow down the possible date that George Obermeier/Oscar Boneck changed names and migrated. The U.S. censuses were not helpful in this case because neither name was found in the 1930 census. The 1920 census was the latest one showing George Obermeier and the 1940 census was the earliest one showing Oscar Boneck. This leaves a twenty-year gap for a possible migration, which is too large for a researcher to reasonably work with.

The latest appearance of George Obermeier in Wisconsin was in 1926, when his mother, Francis Huckbody, died. The surviving children mentioned in her obituary include Walter and George Obermeier of Wausau (Wisconsin) and Mrs. Paul Boneck.  The combined evidence brings the twenty-year gap to only six years, which is more reasonable to work with.

The family story about George Obermeier changing his name to Oscar Boneck could not have been as well verified without newspaper research. The records that connected Oscar Boneck/George Obermeier to his relatives were obituaries and a marriage announcement.

How to search newspapers 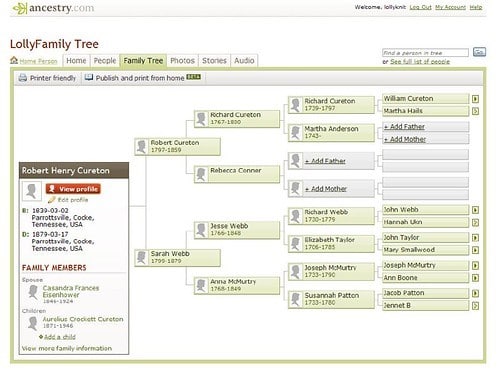 [iii] Newspapers may provide you with helpful clues in your research, but where can you find this potential goldmine of information? There are many databases to search newspapers, and none of them are comprehensive. Therefore, it is advisable to search multiple databases for your ancestors. Places to search for newspapers include:

Some of these databases are searchable by name or keyword. Start by searching the first and last name of your ancestor, then make changes to the query depending on the number of results you get. If your ancestor had a middle name, include that in a search. Some of the databases will allow you to filter results by time and location.

Additional places to search may also be found through the FamilySearch Wiki. In the FamilySearch Wiki, navigate to the locality where your ancestor lived (the smaller the better) then click the link on that page for Newspapers. Here you will be given a list of resources specific to that area for searching newspapers.

[i] "John Hamilton's golden wedding announcement" by alistairmcmillan is licensed under CC BY-SA 2.0

[ii] "Grandpa Johnston Obituary" by glenngould is licensed under CC BY 2.0

[iii] "Ancestry.com" by LollyKnit is licensed under CC BY 2.0

Have you done any Newspaper research before?  Let us know in a comment below!