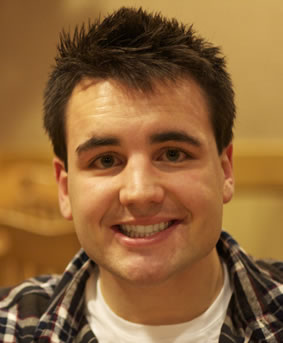 Tanner is a professional genealogist who lives in Highland, Utah. He has extensive experience using genealogical records of the United States, Denmark, Sweden, and Norway. Tanner reads and speaks Danish fluently and also reads Norwegian and Swedish. He has traveled throughout Europe and has lived in Denmark. He uses his proficiency in the Nordic languages to trace the Scandinavian ancestry of our clients.

Tanner’s interest in genealogy began when he was in high school. During this time, he began studying his own ancestors, many of whom were Scandinavian. Later he had the opportunity to move to Europe and immerse himself in the Scandinavian language and culture. He fell in love with genealogy, the Scandinavian people, and the research process during this time. In 2012, Tanner moved back to America and joined the Price and Associates research team.

Tanner graduated from Brigham Young University with a degree in Family History, specializing in Danish research.  He is accredited in Denmark.  He likes anything that is hard or requires puzzle-solving and critical-thinking skills, which is why he loves working as a professional genealogist. Outside of his school and work life, Tanner enjoys skiing, cooking, hiking, board games (especially chess), and studying Chinese.