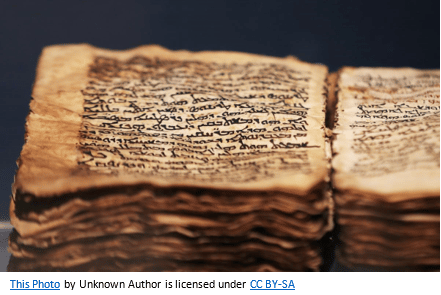 How many times have you discovered an old document that seems to be relevant to your research, only to find that you can’t read it? Many people get discouraged with genealogical research simply because the handwriting can be difficult to decipher. Careless writing, unusual letter forms, abbreviations, and misspellings are factors that contribute to the challenge of reading old records, but with a few hints and strategies, deciphering an old document can be easier than you think! 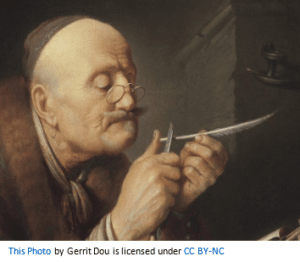 The Roman Alphabet (used in the Western world) has changed very little over the past two thousand years, but handwriting styles have seen a major evolution. Writing with a quill pen on parchment required a different technique than writing with a ball-point pen on lined paper, so handwriting evolved to reflect improvements in pens and paper. Here is one example of how the name “George” has changed over the years. The shape of the letters used in 1590 are almost unrecognizable to us today, even though the spelling is the same.

It is easy to see that some older records can be very hard to read when the letters themselves look foreign to us, but once you become familiar with the scribe’s style, it becomes easier to recognize individual letters and whole words. Websites like the FamilySearch Wiki and the National Archives UK have alphabet example sheets from generations past that can be a reference for interpreting older handwriting.

What type of document are you reading? If it is a parish register, we expect to see words like baptized, married, buried, son, daughter, or wife. In a probate record, the boilerplate language will include phrases like give and bequeath, signed and sealed, executor, witnesses, and testament. A deed will have property descriptions like house, farm, acres, and lease. Anticipating and identifying common words found in specific records will help you decipher the handwriting.[1]

Even in the most challenging documents, there will be some words that are not hard to read. Short words like in, at, the, of, and, but, and it can be easily identified. In English records, there are some groups of letters which are easy to spot. The letters t-h-e spell a common word, but this combination of letters is also found in the words other, these, therefore, and brother. An h in the middle of a word may be preceded by an s, c, t, or w. The letter combination -ing is very common. Look for those patterns as you study the document.

After picking out all of the short words and common phrases you recognize, you may be surprised to find that you can read over half of the words in the document. Then you can use their letters to compare to the letters in words you don’t know, and soon the document itself becomes your answer key!

Be Aware of Archaic Letters, Abbreviations, and Irregular Spelling

There were some archaic letter forms common in old documents that can be confusing. The letter s was often presented as an elongated version in both written script and typeset. It looks like an f, but it is indeed an s. The letter e was written backward of the way we write it today, and can resemble a modern cursive o, and the W looked like two letters: n-o.

Scribes abbreviated words for the same reason we abbreviate them today—to save time and space on the page. Words might have been abbreviated with a superscript, such as Nathl [Nathaniel], Exr [Executor], or Jany [January]. Other shortened words may be followed by a colon or a period, like Eliz: [Elizabeth] or Dr. [Doctor]. Remember that some abbreviations represent more than one word. The abbreviation Sr. could mean Senior, Sir, or Sister. Ampersands were used for the word “and”, and an ampersand followed by a lower-case c was a common way to abbreviate “et cetera”.

Spelling was not standardized in early records. Scribes spelled words the way they sounded, which meant the same word could be spelled differently from one page to the next. Deciphering a document with random spelling can be daunting, but reading aloud and pronouncing the words phonetically can give a good idea of what the scribe meant. Try it with words like sonne, cosen, kynnesman, and wyf, which all indicate relationships. 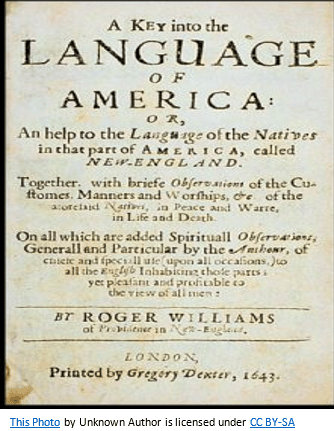 Use Context and Common Sense

We’ve all played fill-in-the-blank word games like Hangman. The same concept can be an effective way to identify a mystery letter in a word. Consider the partial word “ga_e”. There are only a few letters that would complete the word: gale, game, gape, gate, gave, gaze. If we look at the word in context with the rest of the phrase: “my father ga_e me several books” it becomes very clear which letter makes the most sense.

The same strategy can be used for a mystery word: “my ____ sister living in London”. The missing word describes the sister. Some logical choices might be eldest, youngest, step, beloved, or dear. Narrowing your choices can help you decipher the sentence.

Use common sense when reading old handwriting. Even if the spelling is slightly off, the words and phrases on the page must make sense. If your first results are confusing, question your interpretation and pronounce the words phonetically. A phrase like “Laft Noill and Toftamont” is meaningless, so take a closer look. An s can look like an f, a w can look like n-o, and sometimes an e can look like an o. Make some corrections and try again! The phrase “Last Will and Testament” makes perfect sense in English.

Don’t let a paleography challenge stop your family history research! It takes patience and practice, but even the most difficult handwriting can be deciphered to reveal new genealogical data. At Price Genealogy, our experts can help you read the records of the past.