The Science Behind DNA Testing Explained 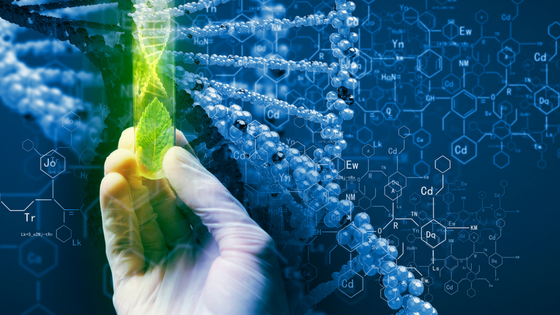 DNA testing is an extremely powerful and helpful tool for identification and has many other useful applications and can identify individuals with almost 100% assurance.  It is used to verify a biological relation from parents to children.

It can help in a criminal investigation to establish suspects and victims. It is used to test parents for genetic conditions or potential birth defects. And, with recent technology, it can also be used to find out more about a person’s ancestry.

Deoxyribonucleic acid (DNA) is a material that is present in almost all living organisms and is self-replicating.  It carries genetic information and genetic code for each individual. It determines a person’s traits like hair color all the way to their personalities and characteristics.  Every single cell in the body includes a complete set of DNA.

Almost all DNA from two people will be exactly the same (99.9%!).  There is 0.1% of the DNA code sequence that is different from one person to the next (except identical sets; their genetic markers are identical to each other).

This is what makes people unique. These differences are called genetic markers and are the part of the code that forensic scientists use when performing a DNA test.  However, when people are closely related, some of the genetic markers will be the same. Knowing where to look for similarities (and differences) in the genetic code for the markers is the key to DNA testing.

DNA testing looks for similarities in genetic markers between two or more samples.  Samples can be taken from just about anywhere in the body because each cell in a body contains the same DNA.  Hair, skin, blood and other bodily fluids can all be used for DNA samples. Having a lot of DNA makes analyzing genetic code and variations easier.

DNA is split in specific locations and points.  These chunks are analyzed and a DNA “fingerprint” is created.  Two “fingerprints” from two different samples are compared to see if they match.

Genetic genealogy is a way for people to learn more about their family history, genealogy, and where they came from. The DNA variations found in DNA testing can give clues about a person’s predecessors and where they came from.  People of particular backgrounds often times share genetic variation patterns.  Similar or shared variation patterns are more and more present the closer two people are related.

How Accurate is a DNA Test?

For years and years, humans have moved around the world, mating with people of different descent and different DNA.  It has become increasingly difficult to distinguish a person’s region because one’s ancestors didn’t stay in one place.  DNA testing kit companies all use the same kind of science to determine where you come from.

However, your results from different companies may not be exactly the same, but they will be similar.  These results will tell you which continent you’re from but not specific countries.  Genetic genealogy involves a lot of interpretation.  Scientists can only use your DNA to calculate the likelihood of relations based on genetic patterns, variations, and markers.  Genetic genealogy can only suggest relations, not prove them entirely.