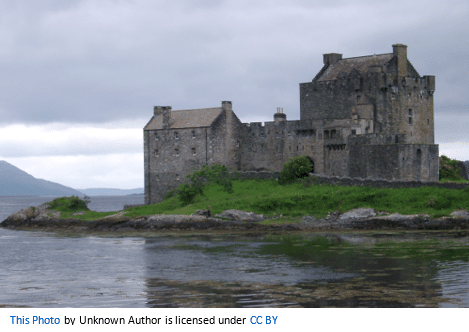 What are kirk session records?

An often overlooked, but extremely valuable resource, in Scottish genealogy are the Scottish Kirk Session records. The “kirk,” or church, was the organizational basis of administration in Scotland. Each parish was responsible for the temporal and spiritual welfare of their members. It was headed by the local minister who in addition to the local elders made up the kirk session. These local church courts dated back to the 1560s and addressed issues such as “drunkenness, excess (be it in apparel or be it in eating and drinking), fornication, oppression of the poor by exactions, deceiving of them in buying and selling by wrong mete or measure, wanton words and licentious living...” They were also responsible for poor relief and education. There is no consistency in record keeping from parish to parish and content can vary greatly. Secession churches, those that broke from the Church of Scotland, also had a kirk session with records of their minutes.

What kind of records did they record?

Among the various types of records kept by the kirk session, the kirk session minute books are often the most useful for family historians. Items in the minutes might include financial accounts, poor relief records, communion rolls, inventories of church property, correspondence, certificates, extracts from wills, certificates of transference for those entering and leaving the parish, and just day-to-day business of the parish that can include a host of miscellanea. Some of that miscellanea can include baptisms, marriages, and burials. Names of paupers are often listed as receiving parish funds. Those hired by the parish for repair, or teaching a poor child, or even unknown reasons such as “To Ja[me]s Scott’s Wife in Heighton for Necess[ities.]”

Acting as the lowest court in the Church of Scotland, the session also addressed disciplinary cases involving moral or social offenses, the contents and outcome of such can be found in the minutes. In 1707, John Douglas was cited and found guilty of fornication with Bessie Tate in Roxburgh parish. He was removed and the officer was appointed to “citte him to appear in the place of publick repentance,” wherein he appeared for the following 3 weeks until he was forgiven and restored.

The recording of baptisms and marriages occurred as early as 1551 and were recorded in the OPRs (old parish registers). Sometimes an ancestor’s baptism or marriage cannot be found in those registers, or the registers themselves do not exist or are badly damaged. Turning to the kirk session may provide the missing information. Baptisms may be all grouped together or spread throughout the minutes. Likewise, marriages may also be found, both regular and irregular, such as the one for Thomas Tunna who paid the kirk session “for Clandestine Marriage,” on 20 March 1763. Very rarely were deaths or burials recorded in the Old Parish Registers, but the kirk session records may indirectly list the death of your ancestor by including payments made for the digging of a grave, renting the mortcloth that was laid over the coffin during the funeral, or perhaps a payment made “to the wright, for Tho[ma]s Hopes Coffin,” or “to the Beadle for making Robert Aitcheson’s Grave.” 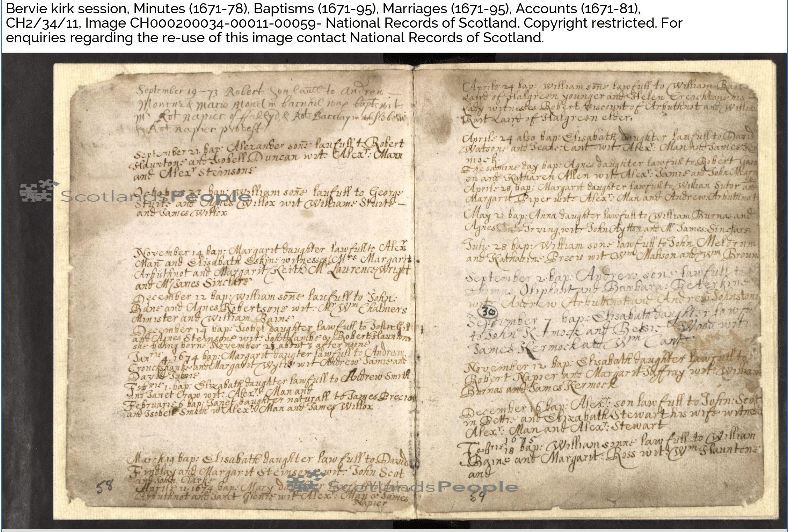 How can I search kirk session records?

Previously, these records have been difficult to locate and search. The originals are mostly held at the National Records of Scotland (cataloged under CH2), with microfilm copies held by the local archives. Some originals, however, are still with their local churches. The Family History Library has some microfilm copies, but not many. Within the last year, however, digitized volumes are becoming available to search free on the website ScotlandsPeople, the official government site for the National Records of Scotland. The cost for downloading each image is only 50 pence. The records have not been indexed, so a little extra care must be taken when searching for an ancestor. By typing in the name of your ancestral parish under the ‘Place Search’ field and selecting the appropriate locale, a list of all available records appears with accompanying hyperlinks. For example, a search for the parish of Roxburgh in Roxburgh County results in the following digitized kirk session records:

Although the records themselves are unindexed, the volume contents have been indexed with easy hyperlinks to take the reader to the desired record type (Minutes, Accounts, Baptisms, etc.) and the appropriate year in the film. 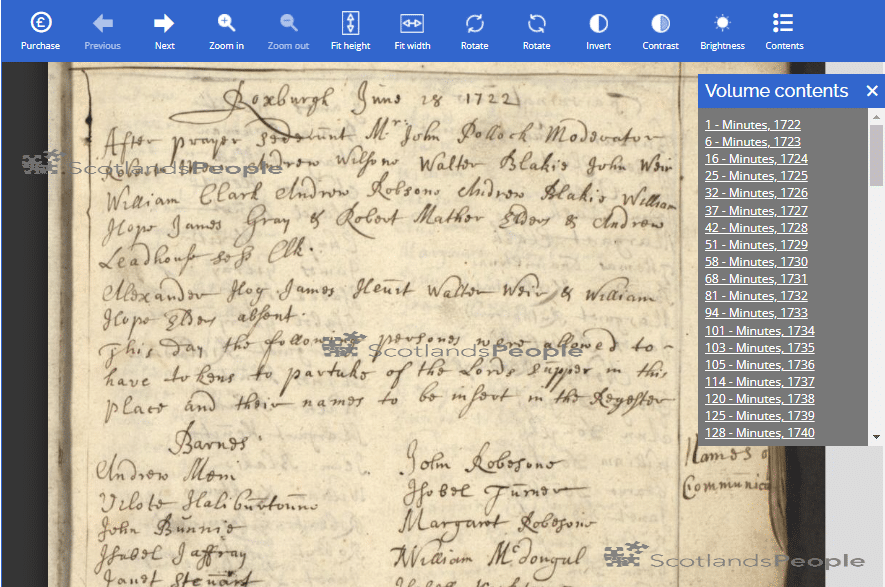 The National Records of Scotland has produced a PDF guide to Old Parish Registers which includes an appendix of pre-1855 birth, marriage, and death entries in kirk session records. The guide can be found here: https://www.nrscotland.gov.uk/files//research/list-of-oprs/list-of-oprs-appendix1_0.pdf.  Use the digitized images on ScotlandsPeople to search the original records. Many of the baptism, marriage, and deaths from the kirk session have been included in the FamilySearch database Scotland Church Records and Kirk Session Records, 1658-1919. These will include records from both the Church of Scotland and seceding and/or nonconformist churches.

After the introduction of statutory civil registration of births, marriages, and deaths in 1855, the parish was no longer responsible for recording vital events. Many kirk sessions, however, continued recording these events for their own administrative purposes. Some of these session records have been deposited with the National Records of Scotland and others are still held locally by various repositories. Some of these are available on ScotlandsPeople, and some are not. Searching the NRS catalogue by your parish name and the words “kirk session” will identify records in both the NRS collections and off-site locations.  https://catalogue.nrscotland.gov.uk/nrsonlinecatalogue/search.aspx

The amount of genealogical and family history details you can learn about your ancestors from this record collection is immense. Take a minute today to explore this free resource on ScotlandsPeople. And, as always, if you need any help, reach out to Price Genealogy – we’re here to help!

Who Do You Think You Are, “Kirk session records: What are they and what can they tell family historians?,” published 29 September 2021 by Chris Paton (https://www.whodoyouthinkyouaremagazine.com/tutorials/religious/kirk-session-records-scotland/: accessed 8 March 2022).