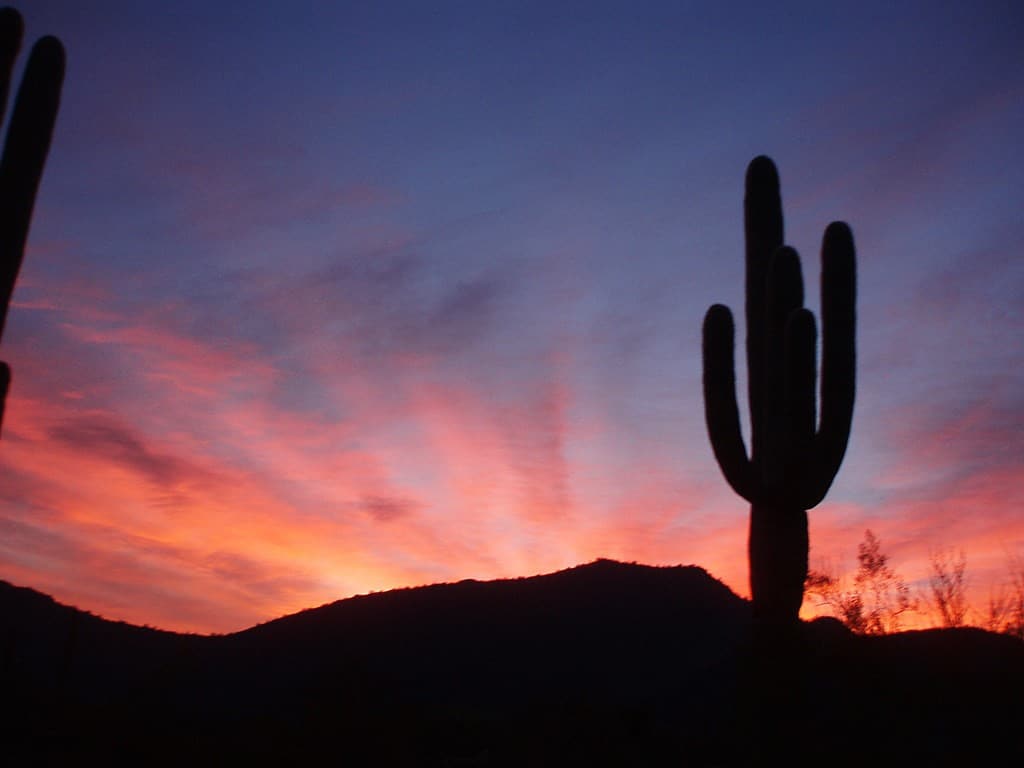 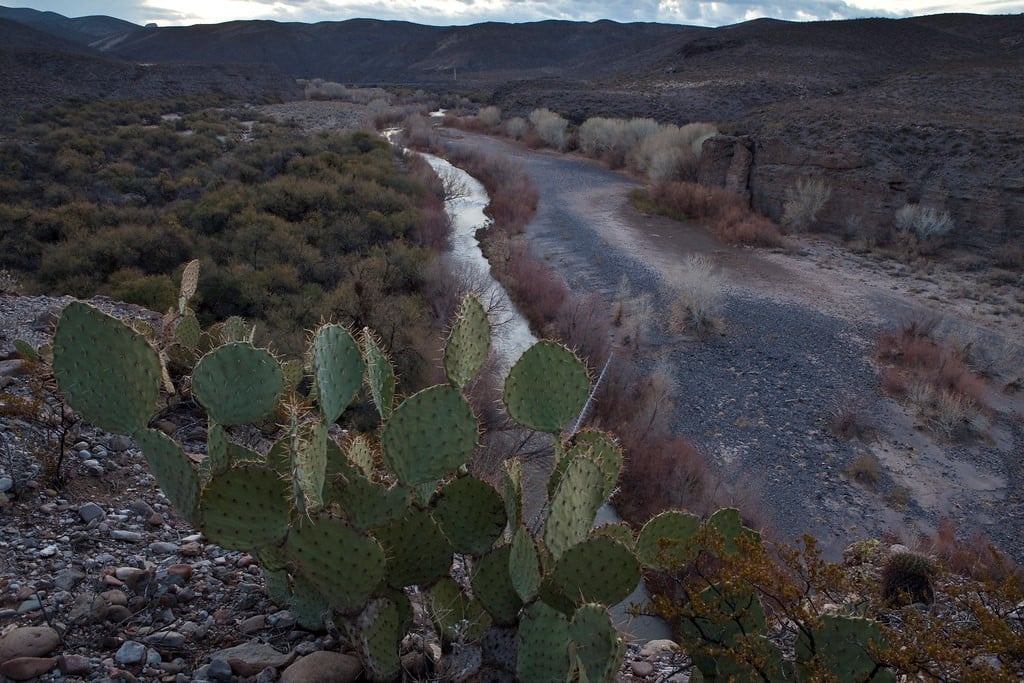 Famous for cowboys and Native Americans, the Southwest has a history that predates the establishment of the United States. It was first discovered by Spain, which took it over and established their own colonies and these later revolted to become their own country. Meanwhile, the area was settled and colonized by pioneers from the Church of Jesus Christ of Latter-day Saints (“Mormon”) seeking religious freedom, as well as by speculators pursuing gold. If your ancestors are from California, Colorado, New Mexico, Arizona, or Utah, they may have been involved in this history. Learn how to research them in this article.

The Southwest deserts and valleys were inhabited by Native Americans long before white explorers and settlers set foot in the area. Spanish explorers came as early as the 1500s and encountered the Natives. The first Spanish settlement was established in 1598. Native people in New Mexico fought back against white settlers. Tensions between whites and Natives continued in some areas of the Southwest beyond the U.S. Civil War. The Spanish settled and conquered the Southwest throughout the eighteenth century. Forts were established in what is now Arizona. Missions were established in Alta (Upper) California and were set a day’s travel apart along the King’s Highway (El Camino Real).

Mexico revolted against Spain in 1821 and became its own country. This included what is now the Southwest of the United States. The Mexican war lasted from 1846 to 1848 and ended with the Guadalupe Hidalgo Treaty, which involved Mexico ceding lands north of the Gila River to the U.S. As railroads were built across the U.S., it was necessary to build tracks south of the Gila River in Arizona and New Mexico. This led to the Gadsden Purchase of 1853, which moved the U.S.-Mexico border to where it is today.

Meanwhile, trailblazers laid footpaths in what is now Nevada in the 1820s for pioneers who came through over the next two decades. That same decade, fur trappers ventured into northern Utah and established trading posts. Fur trappers also went into Colorado and set up forts and trading posts in 1833, establishing an extensive trading system between fur trappers and Native Americans. The first permanent non-native settlement in Colorado was established in 1851. Many went through Colorado on their westward journeys rather than settling there in its early days.

Gold was discovered north of Los Angeles in 1842 by a Mexican Rancher. More gold was discovered in 1848. This was followed by the Gold Rush of 1849, where people began migrating in droves to California for gold, going through the other southwestern states to get there.

Most the Southwest wasn’t involved in the Civil War, yet a major battle occurred in Colorado in March 1862. Additionally, Colorado military units were organized.

The Russian American Fur Company of Alaska became involved in sea otter hunting off the California coast, so the Russians built a fort near San Francisco Bay. They still have descendants in California.

The pioneers from the Church of Jesus Christ of Latter-day Saints (“Mormon”) first arrived in the Salt Lake Valley in 1847. They settled as far out as Nevada and California, into Arizona, Wyoming, and Idaho. The first permanent settlement in Nevada was established by these colonists in 1850. Members of the Church of Jesus Christ of Latter-day Saints from New York landed in San Francisco and stayed in California to work in lumber camps. Their colonization was well planned. Church leaders sent pioneer families to settle various areas. The church’s early practice of pooling resources was helpful in growing the colonies.

Missionary efforts from the Church of Jesus Christ of Latter-day Saints were effective in bringing immigrants to Utah Territory. Converts came from the eastern U.S., Europe, and Oceania. These immigrants crossed the Pacific to get to Utah beginning in 1841. It is estimated that about 80,000 people crossed the plains to get to Utah prior to the completion of the transcontinental railroad. Railroad construction and other economic opportunities brought Japanese, Chinese and African Americans to Utah.

The first transcontinental railroad was completed in 1869. This made it easier for migrants to go west. Another migration route important in the Southwest was Cooke’s Wagon Route, going through southern Arizona to California. The Santa Fe Trail went between New Mexico and Colorado. The Gila and Santa Cruz rivers were useful for river travel. The Rio Grande made New Mexico easy to access from Spanish and Mexican strongholds. Further development of the railroad and telegraph lines also helped with transportation. The population tripled in Denver after the first train arrived in 1870. A train line was built between New Mexico and California; telegraph lines built between those places provided communication which helped with settlement.

Trading, cattle ranching, and mining were important industries in the Southwest. Mining led to the first extensive settlement around Denver. Reports of gold in the 1850s attracted many settlers and speculators. Thousands of Chinese immigrated to California to work on the railroad and in the mines. Not only did discovery of mines and gold attract settlers, but when those mines later ran dry, the ensuing economic depressions forced some settlers out. Another important industry in the Southwest is gambling, which was legalized in Nevada in 1931. This attracted gamblers to Reno and Las Vegas, which increased in prominence when they made marriages and divorces easy to obtain for non-residents.

The worst earthquake in California occurred in San Francisco in 1906 and was followed by devastating fires. This resulted in record loss.

Census research is a good beginning place for U.S. research. The U.S. began keeping censuses in 1790, when the southwestern area was under Spanish control. They began being counted in the U.S. censuses after joining the United States, so the first U.S. census they appear on is the 1850 census, as part of New Mexico Territory, Utah Territory, and California (even though the state was organized later that year). Nevada, Colorado, and Arizona appeared on the censuses as they were created. Mexico didn’t begin keeping censuses until well after ceding those lands to the U.S., so none of the Southwest will appear on a Mexico census prior to the cession.

Another good resource is church and cemetery records. Some churches buried their dead in the churchyard, so both record types may be housed together in some cases. Church records usually include baptisms, marriages, and burials. These records may give additional information about family members. Most Mexicans and Spaniards, who had been in the Southwest longer than white settlers, were Catholic. Utah and surrounding parts of the Southwest were settled by the pioneers from the Church of Jesus Christ of Latter-day Saints (“Mormon”). If either of these heritages pertains to your ancestors, you already have a religious denomination to search records in. If neither of these is your heritage, look up which protestant churches were in your ancestor’s area and look for clues in other records that hint at their religious preferences.

Land records are also useful in researching your southwest ancestors. If your ancestors migrated westward after 1862, investigate homestead records. The Homestead Act was made to attract settlers to the West. For early settlers, investigate patents for land purchased from the federal government. Search the county level for private land transactions. For ancestors who lived in the area prior to 1848, search for Spanish and Mexican land grants.

Newspapers also can provide genealogically valuable information about your ancestors. Newspapers may include birth, marriage, and death announcements; legal notices; estate actions; religious and social events in the community; anything from local gossip to world news. Specific ethnic groups may have kept newspapers in their own language.

If your ancestors were in the Southwest prior to 1848, it may be necessary to venture into Mexican and Colonial Spanish research. Prior to 1821, the area was in Spanish control; from 1821 to 1848 the area was in Mexico’s jurisdiction. Records were kept in Spanish in both eras. Catholicism was the main religion in Mexico and Spain, so most the church records would be with the Catholic church. For additional information on Mexican and Colonial Spanish research, please see the following resources:

Las Vegas is known as a place to elope. Reno, Nevada is also a place to elope. Such places are Gretna Greens. If you can’t find a marriage record for your ancestor in or near the place they resided, see if they got married in Nevada.

Pioneers from the Church of Jesus Christ of Latter-day Saints played a huge role in settling much of the Southwest, especially Utah. This church has been meticulous about keeping records of its members. Records at the Church History Library include membership records from 1877 to 1970, mission records, patriarchal blessings, priesthood quorum records, diaries and journals of early pioneers, published histories of wards and branches, church periodicals and newspapers, and some early emigration records. Additional information can be found in this wiki article. Church history records can be researched at the Church History Library.

There are many Native Americans in the Southwest. Many of the tribes now live on reservations, which were established in the late nineteenth and early twentieth centuries. These reservations were managed by the Bureau of Indian Affairs, which kept records of the reservations and tribes. Such records include allotment records, annuity rolls, census records, correspondence, health records, reports, school records, and vital records. Additional resources can be found in the FamilySearch wiki. This wiki page contains sub-links to pages about Native American research in various states; from the state pages there are sub-links to wiki pages about specific tribes within that state.

If you need help researching your Southwest ancestors, Price Genealogy can help.