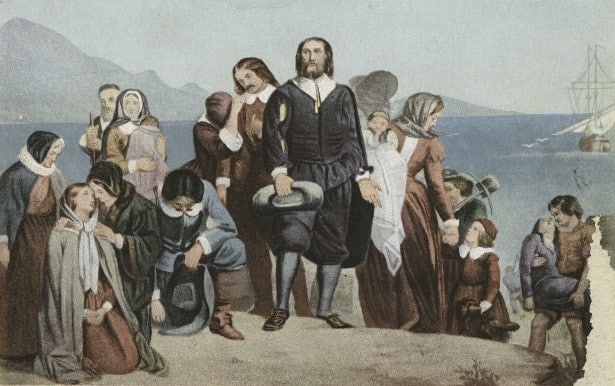 The northern settlements that would eventually become part of the United States were originally settled by people seeking the freedom to practice their religion. Pilgrims of the Mayflower landed in Plymouth in 1620. About half of the one hundred colonists died during the first, harsh winter. Exposure, scurvy, etc. caused many deaths. Every settler lost someone. It must have seemed a very depressing and perhaps hopeless time. Summer would have been easier in Plymouth than in the southern settlements with their mosquito-borne diseases. However, the small population still needed to plant, cultivate, and harvest enough food to support their second winter. A successful crop that could guarantee the surviving community through winter was something to celebrate.

Pilgrims and other groups celebrated thanksgiving after a successful harvest, a victory, a ship’s safe arrival, or another similar occasion. They would thank their God and celebrate their blessings through church services, fasting, communal gatherings, and feasting. Modern celebrations still involve giving thanks, a large dinner, and gathering. Many people also participate in community service, sports, parades, etc.

The first Thanksgiving is generally considered to have happened about October 1621 in Plymouth. Of the fifty-three surviving pilgrims, four were women. They, their daughters, and their servants prepared the food for the feast. The settlers celebrated for three days following the first harvest. At some point, their noise attracted the nearby Wampanoag Native Americans. Ninety joined the feasting and contributed their own foods. This festivity is the image people typically think of when imagining the first Thanksgiving.

There was an earlier celebration in 1619 by English settlers in Virginia. Jamestown, the first permanent colony in America, regularly celebrated thanksgiving. Theirs was the first government to establish Thanksgiving as an annual holiday. 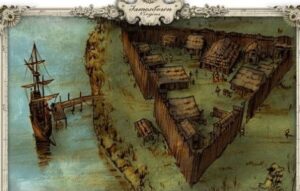 Several presidents attempted to establish Thanksgiving as a national holiday and give it a specific date. President Lincoln finally set it in November and President Grant made it an annual federal holiday.

President Lincoln, 1863, declared "Thanksgiving and Praise to our beneficent Father who dwelleth in the Heavens" and called for Americans in the midst of a civil war to "with humble penitence for our national perverseness and disobedience...fervently implore the interposition of the Almighty hand to heal the wounds of the nation..."

President Kennedy, 1963, said "Over three centuries ago, our forefathers in Virginia and in Massachusetts, far from home in a lonely wilderness, set aside a time of thanksgiving. On the appointed day, they gave reverent thanks for their safety, for the health of their children, for the fertility of their fields, for the love which bound them together and for the faith which united them with their God." 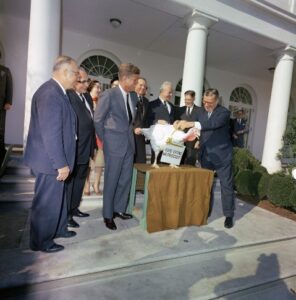 Thanksgiving today is celebrated across the country, regardless of religious belief. It is still a federal holiday, with many businesses closed in recognition.

There are about three hundred thirty-three million people in the United States. Since only about five million are Native Americans, over 98% of the American population can trace their family tree back to an immigrant. Our grandparents and their grandparents have been celebrating Thanksgiving for generations.

In our time, the day starts with an hours-long parade, an annual football game, and popular, themed movies. Some families start cooking days before Thanksgiving Thursday. The dinner typically centers around turkey, with sides of potato, gravy, cranberry, bread, a favored green vegetable, and pie.

During the Great Depression, our grandparents had to get creative. They cooked older chickens slowly in moisture to soften the tough bird or rolled cheap steaks around stuffing to simulate the more expensive duck. Rice and potatoes were used to make food more filling. Gelatins, canned vegetables, and local foods made new and old recipes cheaper.

The first Macy’s Parade was in 1924. After living through the first world war, they celebrated with a parade using live elephants and camels from the New York Zoo. In 1927, our great-grandparents started using the huge balloons we would recognize. The parade continues today, including floats, even larger balloons, celebrities, and high school marching bands. 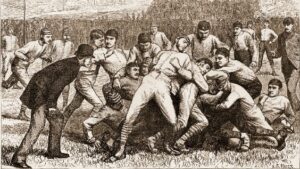 It was only a decade before the start of Thanksgiving football the President and federal government created Thanksgiving as a national holiday. Before then, it seemed our ancestors celebrated sporadically after big events.

George Washington called for a day of “solemn thanksgiving and praise” in 1777 after a military victory, creating the first Thanksgiving that all 13 colonies celebrated together. A 1779 letter from Juliana Smith to her cousin Betsey described a New England Thanksgiving dinner like one our ancestors would have eaten. It included: venison, pork, turkey, pigeon, geese, squash, creamed onion, cauliflower, potatoes, celery, mincemeat pie, pumpkin pie, apple pie, Indian pudding, plum pudding, and cider. It is remarkably similar to the dinner we have two hundred fifty years later. 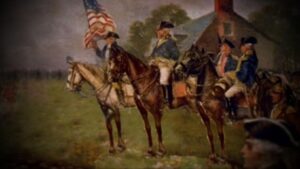