Tips and Tricks for Finding a Revolutionary War Ancestor Part 1 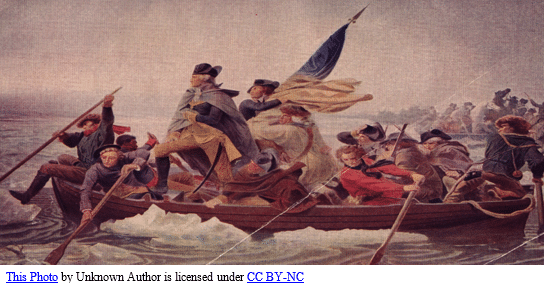 Are you looking for a Revolutionary War ancestor?

There are two categories of records for patriots who served in the Revolutionary War. Namely: service records related to the soldier’s service in the war and benefit records related to benefits the soldier received because of his service in the war (i.e., pensions or bounty land). Part 1 of this blog focuses on service records and part 2 focuses on benefit records.

Service records do not have as much information of genealogical value as pension records.

Compiled Service Records 1775-1783 were created in 1894 using records from the War Department and the Pension Office.[7] These records consist of information copied from original records of rank rolls; inspection, provision, and clothing returns; receipts for pay and bounty; accounts for subsistence, pay, rations, clothing, and ordnance; abstracts of muster and pay rolls; and correspondence.[8] 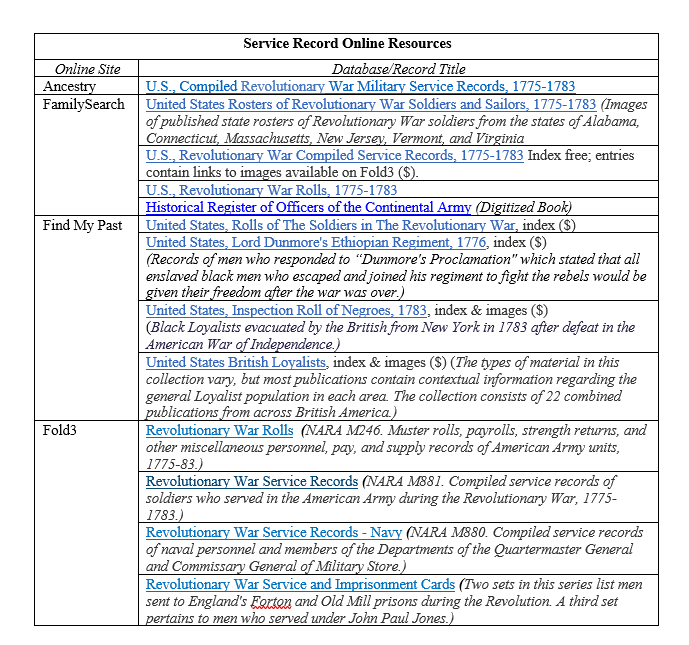 Below are sample Revolutionary War records from above resources . 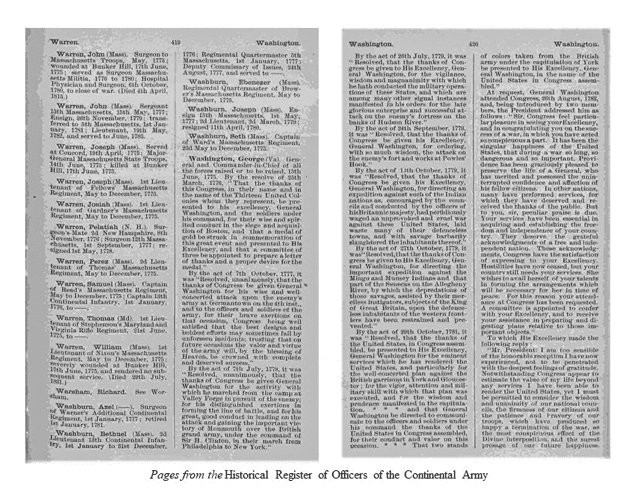 It is not known who supplied the information for the statement on his tombstone about his Revolutionary War service, so it needs to be verified. Searches were made in the Service Record Online Resources table above looking for something to verify William served in the Revolutionary War as his tombstone implies. The following document was found. 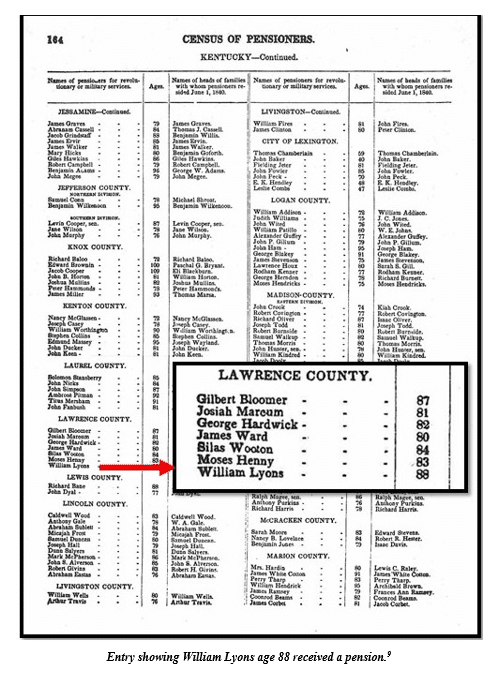 Having found a document that indicates William Lyons received a Revolutionary War pension verifies he served in the war. Follow up research will be discussed in Part 2 of this blog.