Your Tour of Duty: Find Your Kindred Dead from World War I 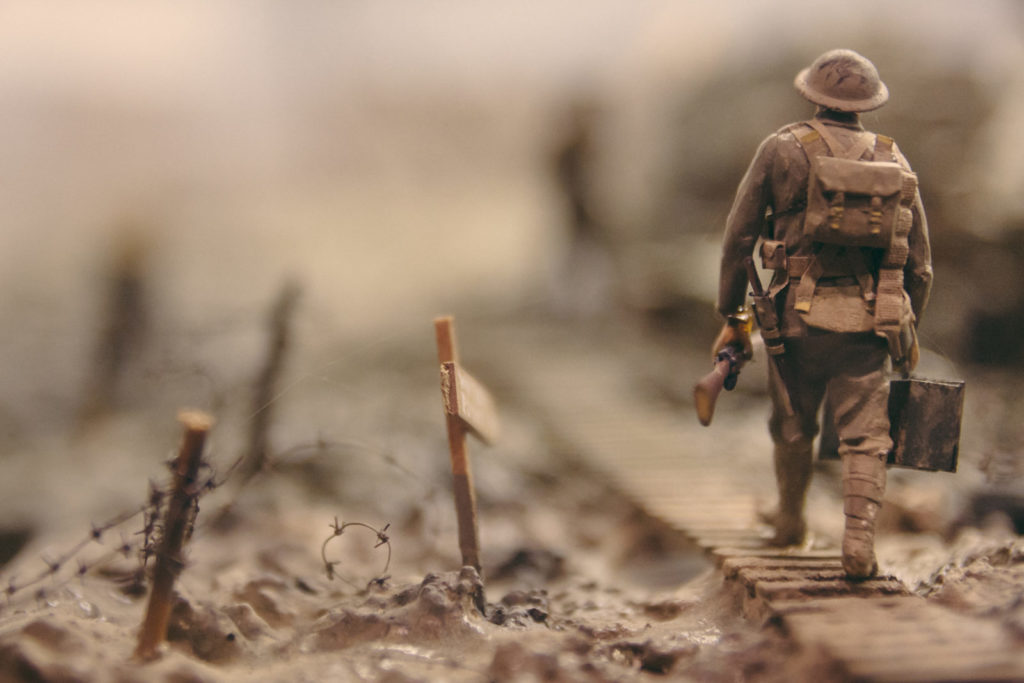 Many of us remember the older generation in our family that served in World War I. With this Sunday being the 100th anniversary of the end of hostilities of one of the most horrific bloodbaths in world history, it is fitting that we should honor their service and learn a little more about them. The armistice, which became Veterans Day in the United States, was signed on the 11th hour of the 11th day of the 11th month, 1918, in a railway car in Compiègne, France. Many words and cultural symbols have entered our vocabulary from “the war to end all wars,” such as: Great War, doughboy, Flanders Field, Meuse-Argonne, Somme, Château-Thierry, Belleau Wood, pillbox, tank, sniper, over the top, shrapnel, poppies, and much more.

Often in genealogy, we focus on the end-of-the-line generation, always trying to push back further in time. That is great, but there is so much between the present and the distant past that is worthy of our attention and documentation. The stories are memorable and will always attract a new generation of readers. So many families were affected by World War 1—4.7 million Americans served, 116,700 died, and 204,000 were wounded.[1] It is a stark statistic when one realizes that the number of deaths sustained by United States forces represents 2% of the total number of deaths among the Allied or Entente powers, not to mention the deaths among the Central powers.

Commemorative events are scheduled across America and Europe. In Pershing Square this weekend, near the White House, there will be “A First Look” event at the upcoming National World War I Memorial. Across this land, there will be Veterans Day runs, parades, and centennial commemorations. You can participate in the Bells of Peace right at 11 a.m. local time on November 11th. If you are in Kansas City, the National World War I Museum and Memorial would be a great place to visit. For an animated family movie, consider watching Sgt. Stubby: An American Hero, which was released in April of this year. This Bull Terrier was the mascot of the 102nd Infantry Regiment and served in seventeen battles.[2]

As you embark on your tour of duty or reconnaissance in pursuit of your World War I soldier, these online resources and listings will deploy you to your field of combat (to recover the memory of your kindred dead):

When you see words like attrition, camouflage, flamethrower, gas mask, machine-gun, mustard gas, tank, trench warfare, u-boat, ace, Tommy, over there, liberty cabbage (sauerkraut), or unknown soldier, let’s remember the brave and often scared soldiers of the past.[4] But, even more importantly, let’s remember the service men and women of the present generation, and especially those who sustained disabilities during their military service, for their heroism in defending liberty. Just as stories of previous generations of veterans need to be recorded for posterity, so do the living memories of those who our country has asked to place their lives in modern-day crucibles of war. What may seem common today, will be commemorated as extraordinary to our children and to their children. Not that long ago, World War I veterans could be found everywhere, but now they honor the pages of history books and of our family histories. May we do our part to ensure that they are not forgotten and that we cherish the liberties they left us.

If you have been thinking of someone in your family who served in World War I, now may be a good time to prepare a written account of their service and their life. This was an epic conflict, and tragic in so many ways. The expert researchers at Price Genealogy can assist you in discovering your family’s part of the story.