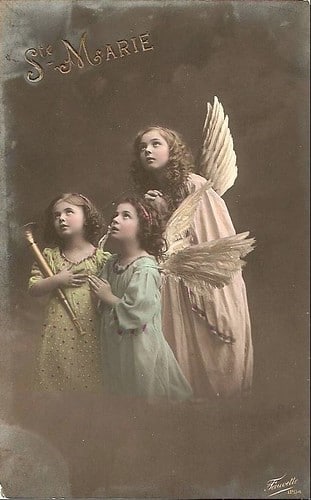 [i]Family history is about learning of the lives of those who lived before us. Some of those lives were shorter than others. With the advent of modern medicine, life expectancy has increased while child mortality has decreased. Before modern medicine, infant and child mortality was a common occurrence. While a couple may have given birth to many children, not all those children would have lived to adulthood. The grief of each loss was part of the surviving family’s story—a part of the story forgotten if the family group sheets are missing the children who died young.

Many records created may have only included the living children or the children who lived to adulthood. Therefore, those children who died young may be harder to find than their siblings who lived longer. The family historian who wishes to capture the memory of every relative would do well to include those who died in childhood.

Finding the children who died young completes the picture of the families who lost those little ones. In a way, this helps make up for the unfairness of the lives cut short and the grief inflicted on the surviving families. For those who believe in heaven, perhaps those families can reunite in heaven. Those of the LDS faith perform sacred rituals in holy temples to eternally bind these families together in heaven. These rituals require the names of the parents and children, thus increasing the importance of finding missing children to those of the LDS faith.

The easiest way to identify a family’s lost children is in the 1900 and 1910 censuses. These, along with the 1890 census, asked every mother how many children she gave birth to and how many children were still living. A difference in these numbers indicates deceased children. Anna Davidson was a widow on the 1900 census; according to that census, she had given birth to eight children and three were living. This meant that five deceased children needed to be found.

When tracking a family on census records, pay attention to the children who are on one census but not the next. How old should the child be on the census they are missing from? If the child would be too young to marry or work outside the home, it is possible that the child may have died between censuses. However, until you can prove that the child died, be open to other possibilities. Additionally, many children who lived less than ten years were never enumerated on a census, because they were born and died between census years.

Beyond census, the next way to determine if there may be missing children is to pay attention to the age gaps between the known children. It was typical for a couple to give birth to a lot of children spaced two to three years apart, so age gaps larger than that could potentially contain a child who was born in between and died young. 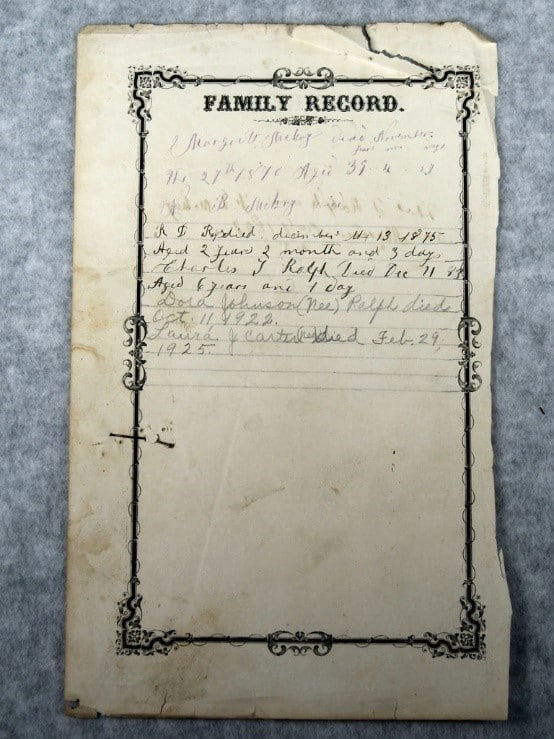 [ii]Once you suspect a family may have missing children, the next step is to find records of them. This can be tricky because you have no way to know the names of the missing child(ren) if they are named. Unless there is a source (such as the 1900 or 1910 census) indicating the family has a deceased child, there is no way to be certain that there even is a missing child.

The most obvious place to look is in the family bible, if you can access one for the family you are researching. If the family kept a bible, they would have marked the names and birth dates of all their children, including the ones that died young. If the father served in the military and the family later filed for pension, the family bible page may have been used as evidence of marriage or dependents in the application. The family would have ripped that page from their bible to send it in, and it would be available with the pension records.

Another place to search is cemeteries, if you know where any members of the family were buried. Family members tended to be buried near each other in the same cemetery. In the case of children who died young, the family members most likely to be buried in the same cemetery are the parents. This was the case with Anna Davidson. Her death certificate stated that she was buried in Vogansville cemetery, and her memorial was found on Find-A-Grave. A search on Find-A-Grave within Vogansville cemetery for the surname “Davidson” and no given name found all five of her children who died young. In this case it was easy to identify because the gravestone inscriptions for all of them included “son of James and Anna Davidson” or “daughter of James and Anna Davidson.” Without that inscription, every young Davidson in that cemetery who was born after the marriage of Anna and James, and who died before 1900, would have had to be considered during research.

Not everything is online, so it may be helpful to contact the cemetery or funeral home where the family is buried for additional information on the family. If a plat map is available, that would allow you to see who is buried next to whom, which can help in extrapolating possible relationships.

Another place to search is newspapers, as the family may have posted a death announcement for their little one. Search for the family’s surname in the area the family lived and in the time-frame of when a child may have been born and died. If an obituary is found, it will not only give the information to identify the missing child but may also give a glimpse into the sadness felt by the family at that time. 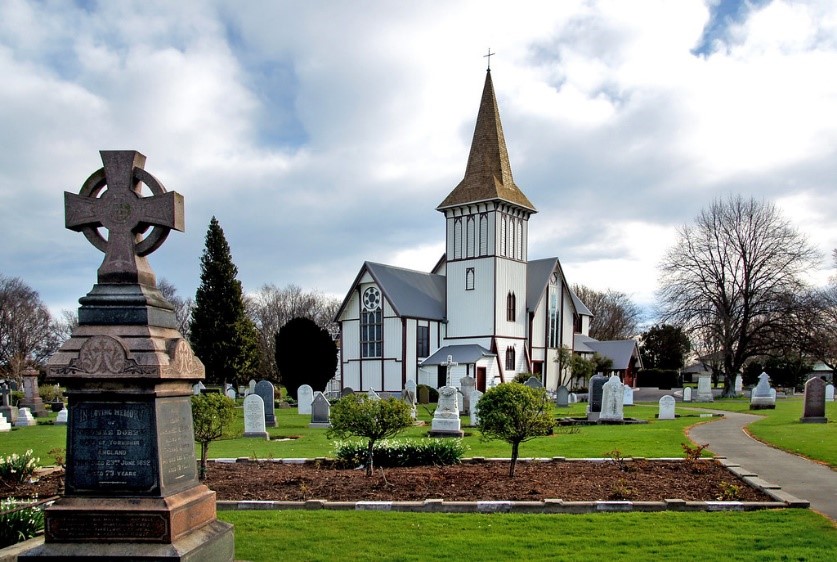 [iii]Church records are also a good place to search. If the child lived long enough to be baptized (varies by denomination), there would be a baptism record. There may also be a burial record. If you know the religious denomination of the family, look for any church records of children of the parents. Search the surname if you can access the records online. Browse through the records of the time range when the couple may have had and lost a child. If you don’t know the religious denomination of the family, search every church in their area. Not finding missing children in church records does not necessarily mean there are no missing children; it could be that the child did not live long enough to be baptized and the church only recorded baptized children.

If the child died after their state started civil registration, vital records are a possible place to search. Search by the surname or by the parents’ names. Francis Obermeier had lost a child by 1900 according to that census. Searching the Wisconsin vital records located an online index to a birth record; the index had enough information to order a copy of the original birth record. The record was for a baby girl who had not been given a first name.

By seeking out the children who died young, we honor their memories, and complete the records of their families. For some, this also means unifying the families in heaven, where the sadness of their losses can at last be lifted. Are all the children in your ancestors’ families accounted for? If not, Price Genealogy can help you find the missing children.

[iii] "A country church yard." by Bernard Spragg is marked with CC0 1.0

Have you ever done any work that revolved around finding children who died young? Do you have any questions?  Let us know in a comment below!