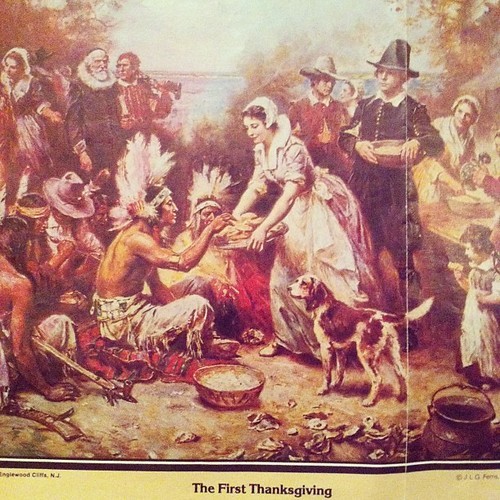 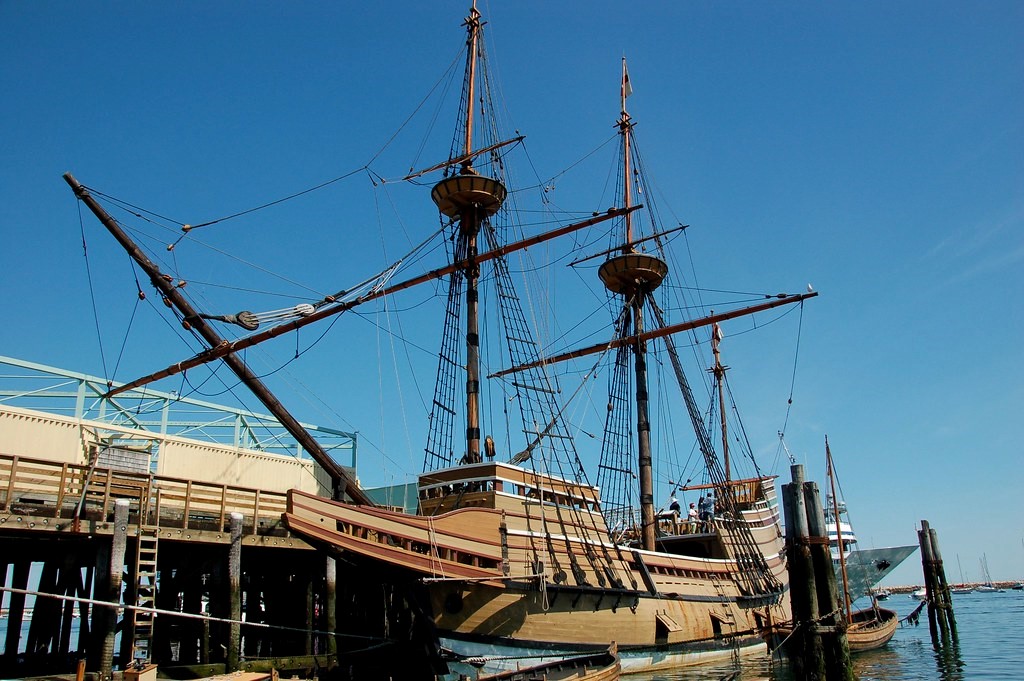 Four hundred years ago, the Mayflower landed in Plymouth harbor and the Pilgrims began to establish a colony in their new home. The replica Mayflower, which commemorates this moment, has recently been renovated and returned to Plymouth. The original Mayflower carried a hundred Pilgrims and crew across the Atlantic Ocean in late 1620. Although the Mayflower is iconic of the Pilgrims’ voyage, it is neither the beginning nor ending of their story.  Especially when it comes to the Mayflower descendants.

Mayflower Descendants and The Pilgrims’ story

For centuries, Catholicism was the state religion across western Europe; however, some people were dissatisfied and tried to reform the church, forming their own religious groups. After the Reformation began, several European countries adopted some form of Protestantism as their state religion. England’s state religion switched between Catholicism and Protestantism depending on the preference of the current monarch. King Henry VIII established the Church of England.

The Separatists practiced their religion in secret, and the Pilgrims came from this group. If they were caught, they faced imprisonment and punishment. Some English monarchs even executed nonconformists. To escape religious persecution, the Pilgrims had to flee England. Holland offered religious freedom, so they went there, eventually settling in Leiden.

However, there were issues in Leiden. Despite being able to freely worship, the Pilgrims faced poverty in Leiden. The Pilgrims, many of whom had been farmers, had to learn textile trades in the city, which paid little. This discouraged other Separatists in England from migrating to Holland. Those Separatists preferred to face imprisonment in England than poverty in Holland. Further, the Pilgrims were concerned that their children would prefer to identify as Dutch than as English. The Dutch people were too worldly for the Pilgrims’ liking.

The Pilgrims began to consider migrating again. Explorers and traders had been going to and from America for several decades at this point, and some had even started settlements. Going to America had its risks; it was not known if the Native people there would be friendly or hostile, and starting a life in the wilderness could be dangerous. The Pilgrims debated for awhile about this and ultimately decided to make the journey.

The original plan was that the Pilgrims would take two ships to the New World—the Mayflower and another ship that would stay on their side of the Atlantic. They also planned to settle north of Virginia, at the Hudson River. Neither of these worked out. After departure, they discovered that the second ship was unfit for the voyage, so they had to turn back and reload. This meant that crews intended for two ships all crowded into the Mayflower and that their journey across the Atlantic was delayed. Due to storms and navigation challenges, the Mayflower landed in Cape Cod bay instead of at the Hudson river.

Since the Mayflower landed further north than planned, the Pilgrims would not be under the laws of the Virginia colony. Consequently, they decided to create their own law, now known as the Mayflower Compact. The male passengers of the Mayflower signed this before setting foot on American soil.

It was in November of 1620 when the Mayflower landed at Cape Cod, but it was not until December that the Pilgrims could start to settle on the land and build houses. During the intermittent time, several men explored the region looking for a place to build their settlement. This was near where Plymouth Rock can now be seen.

The beginning of winter is not a good time to begin a settlement. Many of the Pilgrims became sick over the winter and about half of them died. Those that were well had to attend to those that were sick. This would have made it difficult to build houses and plant crops.

In the spring of 1621, the Pilgrims met some local Natives of the Wampanoag tribe, a few of whom could speak English. The Pilgrims needed help to survive in this new land, especially after their numbers had greatly diminished. The Wampanoags had lost many of their own due to diseases brought by previous groups of English explorers; therefore, they were concerned about possible encounters with enemy tribes. With both groups having needs that could be met by the other, they formed a peace treaty, which lasted for many years. Eventually, a few of the Pilgrims learned the Wampanoag language. With the help of the Wampanoags, the Pilgrims were better equipped for their second winter in Plymouth.

That autumn, the Pilgrims wished to celebrate surviving their first year in this new land. They had a harvest celebration which is now known as the first Thanksgiving. Ninety Wampanoags attended this feast. The celebration lasted three days and probably included games. The peace treaty helped the Wampanoags and the Pilgrims to feast together like this. It is equally important to remember and honor our Native American ancestors and heritage.

Many Americans can trace their ancestry to the Mayflower. It is estimated that there are 35 million living descendants worldwide of the Pilgrims today. If you have an ancestor that was a Pilgrim, you can easily learn a lot of your ancestor’s story because these people are so well documented. As a descendant, you can join a Mayflower Society. Qualification for this lineage society requires proving descent from a Mayflower Pilgrim. This is something Price Genealogy can help you with.

Many of the Pilgrim experiences are common to others who journeyed from Europe to America. For every group that migrates, there are forces that drive them out of their homeland, and forces that attract them to a new land. Some groups, like the Pilgrims, were largely driven from their homeland due to religious persecution. Other groups sought economic opportunity in America. Every group that migrates has to adjust to a new life in a new land and among new people. For some groups, this includes learning a new language.

Many people migrate in groups, as the Pilgrims did. This may be church congregations, neighbors, or extended family. It was not uncommon for one or two family members to migrate ahead of the rest of the family to prepare the new home or earn money for passage for the rest of their group. Whatever your immigrant ancestors’ experiences, Price Genealogy can help you learn their story.

First photo: "Mayflower" by johnomason is licensed with CC BY 2.0. To view a copy of this license, visit https://creativecommons.org/licenses/by/2.0/

Second photo: "'the first thanksgiving'" by jxson is licensed with CC BY 2.0. To view a copy of this license, visit https://creativecommons.org/licenses/by/2.0/

Do you know any Mayflower descendants?  Let us know in a comment below!