Naturalization Research in the United States

The first part of this series will discuss naturalization research and the second part will discuss immigration. Even though the immigrant ancestor would have immigrated before naturalizing, research on a person’s life is sometimes conducted backwards, so it is possible you would be looking for your ancestor’s naturalization records before searching for their immigration records.

Naturalization is the process by which an immigrant becomes a citizen. Immigrants to the U.S. have never been required to naturalize; however, naturalization would grant citizenship and all associated privileges including voting and owning land. There has always been a time requirement of residency before an immigrant was allowed to naturalize. For most of U.S. history, that time has been five years. A good reference place for naturalization laws is the FamilySearch wiki.

For immigrants who served in the military, this process was simplified. In some cases, only the petition for naturalization was required and the required residency time was reduced to one year.

U.S. passports have only been granted to U.S. citizens. If your immigrant ancestor had a U.S. passport, this indicates that they naturalized.

History of naturalization in the U.S. 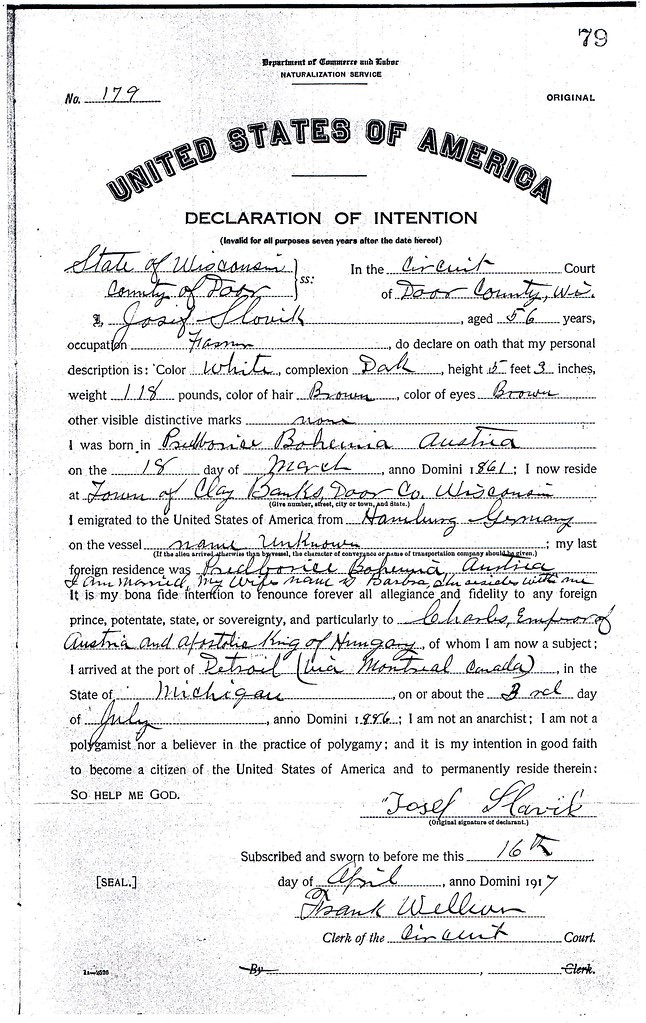 Before the Revolutionary war, British settlers to the colonies had no need to naturalize because they were still in British territory. Settlers from other countries had to naturalize if they wanted the privileges of British citizenship. At this time, there were different levels of naturalization available, including “denization” which granted the right to own land but not the right to vote.

Until 1906, each individual court had their own naturalization form. Consequently, the information contained on the naturalization papers is inconsistent between courts. Many courts required more information for the declaration of intent than for the petition for naturalization, while some courts had it the other way around. If an ancestor was naturalized between 1790 and 1906, it is best to obtain both papers.

Between 1798 and 1828, new immigrants were required to appear before a local court to register their arrival in the U.S. This was usually recorded in the court minutes, but sometimes a separate document was created. The immigrant could later obtain a certificate to prove he registered his immigration, and present that certificate when applying for naturalization.

Collective citizenship is when a group of people is naturalized by an act of congress and no individual paperwork is done. This occurred at various times: at the beginning of the United States in 1776 when all residents of the former colonies became U.S. citizens; after the Civil War when the 13th Amendment to the U.S. Constitution was ratified, whereby all African Americans became citizens; upon completion of the Louisiana Purchase in 1803, and at other times when the United States obtained land. 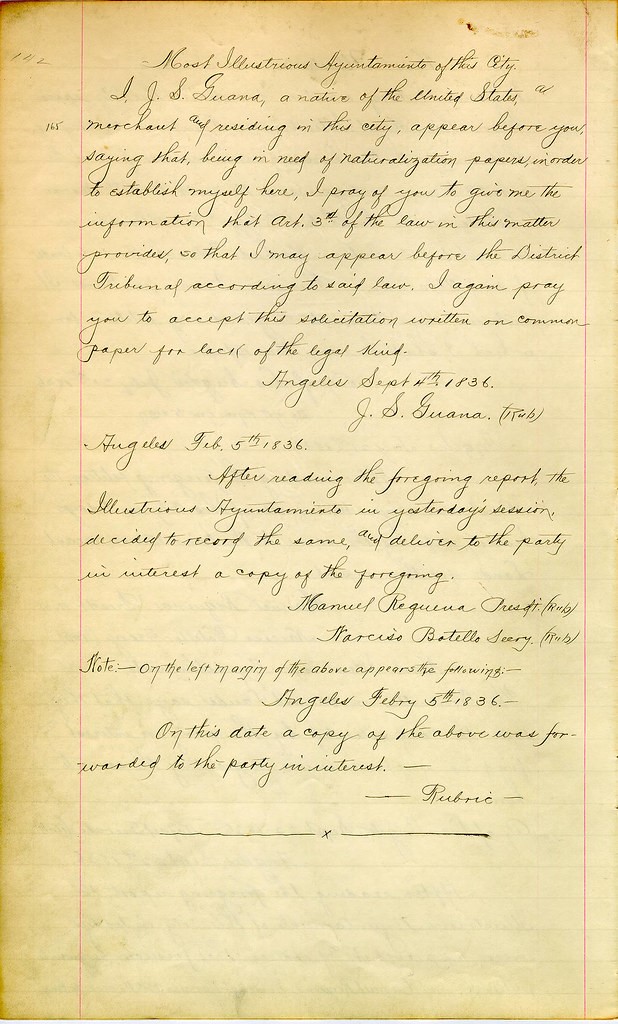 Before looking for naturalization records, it is helpful to know where the immigrant or his family lived after arriving in the United States. Federal and state censuses, tax lists, land records, and city directories can provide a paper trail showing where the ancestral family has lived. Check the local courts of every area the ancestor lived for naturalization records.

Often, the naturalization records provide clues about the immigration, which can be helpful in finding the immigration records. This was the case with Joseph McElhinney, who arrived in America in 1909. When he registered for the draft for World War I in 1917, he was an alien, not having yet naturalized. His WWII draft registration form did not ask for citizenship status. He was an alien on the 1920 census but naturalized on the 1930 census; this indicates that he naturalized in the 1920s.

Joseph McElhinney naturalized in Pennsylvania in 1921.  The Ancestry database containing his naturalization records has his declaration of intention, certificate of arrival, petition for naturalization, and oath of allegiance all together. Joseph had married and had three children by the time he was naturalized, so his children’s names and birthdates are listed on his petition for naturalization. Several of these records indicate that he arrived in New York on 29 March 1909 on the SS Caledonia, and had left from Londonderry, Ireland.

Once you have researched your ancestor’s naturalization, the next step is to research their immigration, if you have not already found him or her on a passenger list. This will be covered in a subsequent blog post.

Is there anything else you want to know about naturalization research?  Let us know in a comment below!