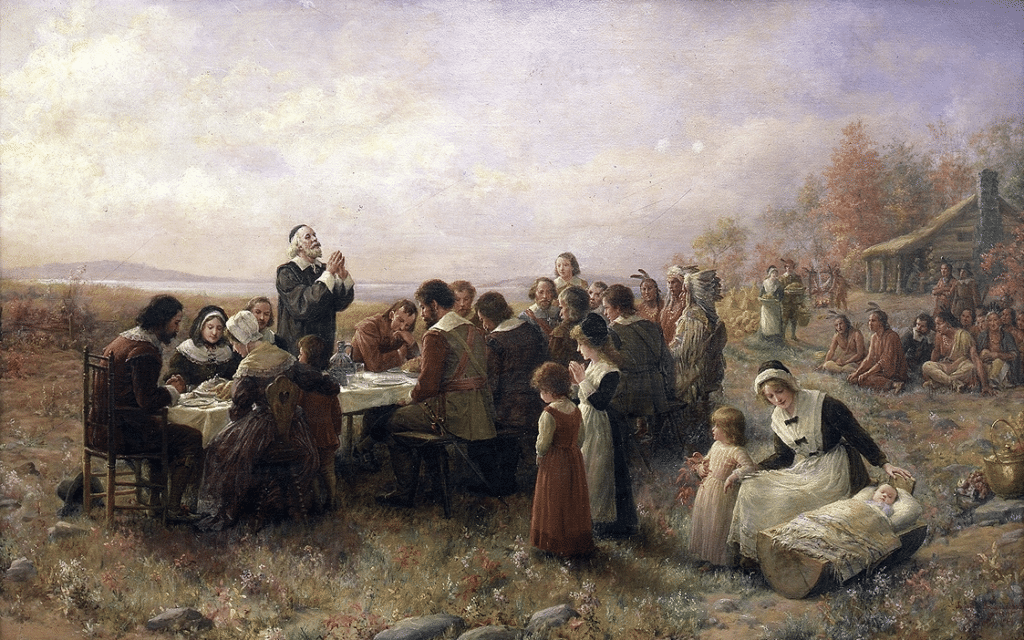 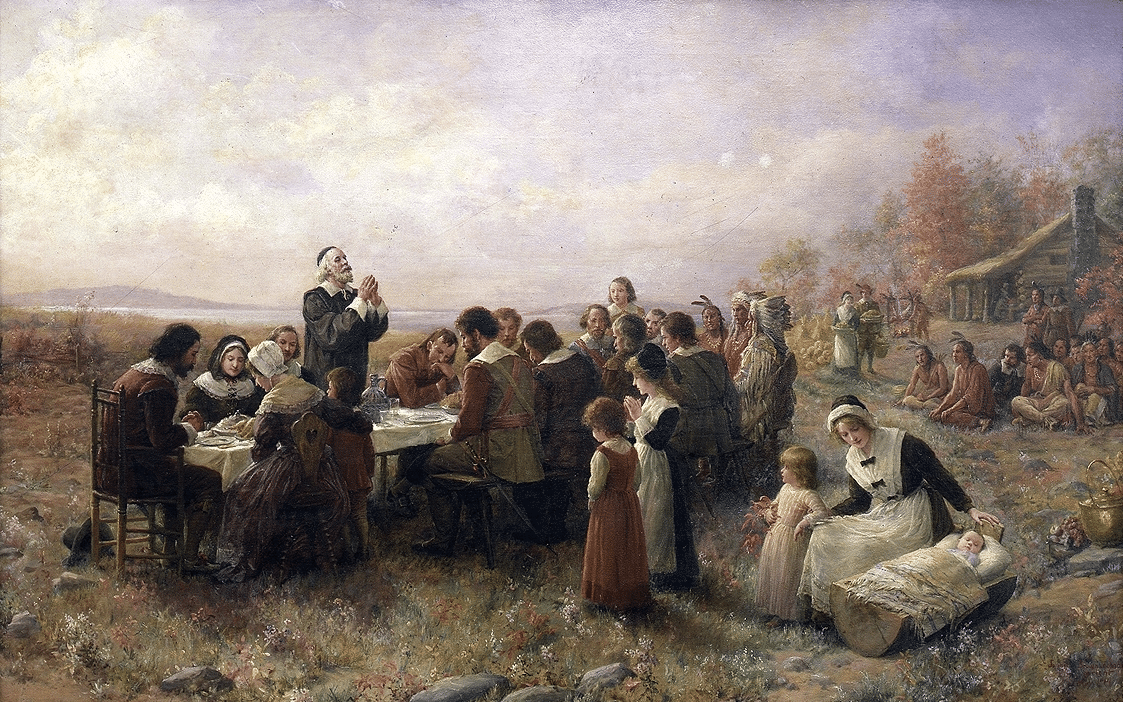 November marks the beginning of the holiday season. In the United States, Thanksgiving is the first bookend of the season, celebrated on the fourth Thursday of November. New Years Day, on January 1st, is the second bookend, but there is a lot of feasting in between! Most schoolchildren learn about the history of Thanksgiving, but you may not know as much about the holiday as you once thought!

The First Thanksgiving: Virginia or Massachusetts?

Observances dedicated to “thanksgiving” did not originate with Protestant colonists in the New World. For generations, the Wampanoag Indians of the Northeast celebrated successful harvests throughout the growing season. They believed that as long as they gave thanks to the earth for its abundance, it would give back to them. [1]

Our current observance of Thanksgiving was originated by Pilgrim settlers in the Massachusetts Bay area. We often refer to “The First Thanksgiving” as the one celebrated with the Pilgrims and Indians of Plymouth, but historians have determined that the first official declaration of thanksgiving by British colonists occurred in Virginia, two years earlier.

In 1619, the ship Margaret arrived in the Chesapeake Bay from Bristol, England with about fifty men and boys who were charged with establishing a plantation on 8,000 acres along the James River in Virginia. The men had endured a rough two months at sea, and when they disembarked at Berkeley Hundred on December 4th, they offered a prayer of thanks. Their captain, John Woodlief, declared that the day of their arrival must “be yearly and perpetually kept holy as a day of Thanksgiving to Almighty God.” [2] The weary voyagers likely enjoyed a scant meal of old ship rations, fish, and a few oysters. This thanksgiving observance was about prayer, not feasting.

The annual celebration at Berkeley was short-lived, however. By 1622 the local Indians had attacked the settlement, and Berkeley was abandoned. The papers documenting Berkeley’s early history, including the declaration of thanksgiving, were lost to history until 1931, when they were rediscovered. Virginia has reclaimed its rightful role in the tradition by celebrating the “Virginia Thanksgiving Festival” on the first Sunday of November. [3]

The first harvest in Plymouth, Massachusetts in November 1621 was an overall success, according to Edward Winslow: “We set the last spring 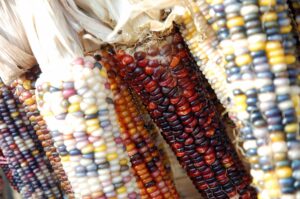 some twenty acres of Indian corn, and sowed some six acres of barley and peas, and according to the manner of the Indians, we manured our ground with herrings or rather shads, which we have in great abundance, and take with great ease at our doors. Our corn did prove well, and God be praised, we had a good increase of Indian corn, and our barley indifferent good, but our peas not worth the gathering, for we feared they were too late sown, they came up very well, and blossomed, but the sun parched them in the blossom.” [4]

To celebrate their first successful harvest, the surviving Mayflower settlers sent four men out “fowling,” and they killed enough birds to feed the colonists for a week. As part of the festivities, the men “exercised their arms” by firing at targets, which drew the attention of the Indians. Fearing the colonists were in danger, Chief Massasoit and ninety of his men arrived at the settlement to provide protection if needed, but instead, joined the Pilgrims in their harvest feast. The Indians provided five deer for the three-day celebration. The feast included venison, waterfowl, fish, and wild turkeys, as well as squash, beans, corn, carrots, and turnip greens. [5] If you are planning to serve an historically accurate Thanksgiving dinner, leave out the mashed potatoes and lemon meringue pie! 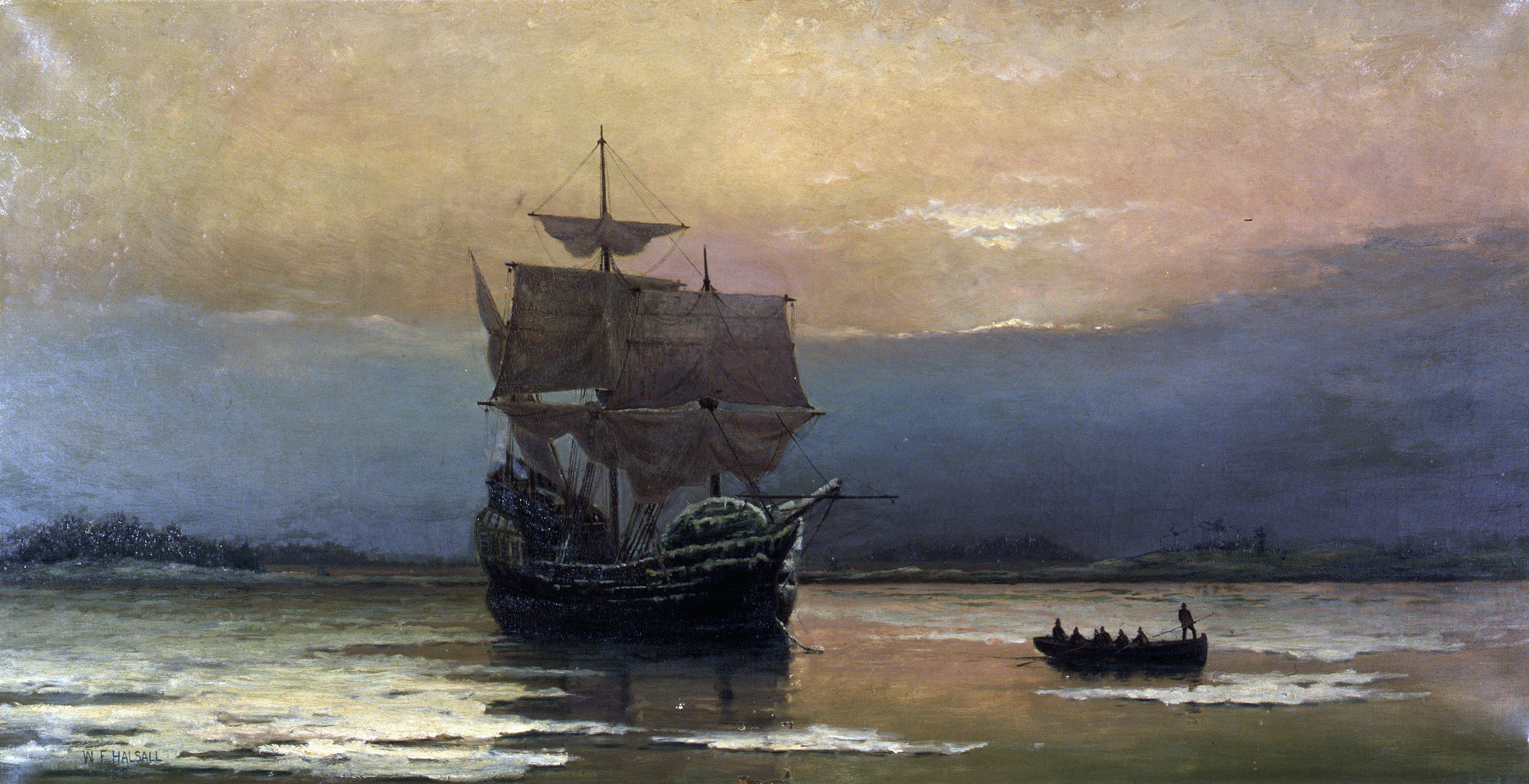 The passengers from these four ships, the Mayflower, the Fortune, the Anne, and the Little James, make up the group known as the First Comers, or Old Comers. The First Comers were often given preferential treatment in the governing affairs of the colony. [7] Our blog article, Mayflower Pilgrims, gives an in-depth history of the Pilgrims, but the other First Comers are also well-documented in historical documents, land deeds, and passenger lists.

Persecution of non-conformist groups in England during the reign of Charles I motivated thousands of Puritans and others to leave England for America between 1629 and 1640. By 1630, the “Great Puritan Migration” was well underway, ultimately bringing an estimated 20,000 immigrants to settle the Massachusetts Bay area. These colonists may have been recorded on the passenger lists of dozens of ships arriving in Massachusetts before 1640. [8]

These immigrants arrived in America with thankful hearts and the hope for a better future. If you have deep colonial roots, and you know you don’t have a Mayflower ancestor, you may find that you are descended from one of the First Comers, a passenger of the Great Puritan Migration, or an early colonist in the Chesapeake Bay area.

Price Genealogy has skilled researchers who can help with your search for your colonial ancestors. Contact us for more information!

2, 3. “The First Thanksgiving Took Place in Virginia, not Massachusetts,” The Washingtonian (https://www.washingtonian.com/2015/11/18/the-first-thanksgiving-took-place-in-virginia-not-massachusetts )

4, 5. Mourt's Relation: A Journal of the Pilgrims at Plymouth, 1622, Part VI. (http://www.histarch.illinois.edu/plymouth/mourt6.html )