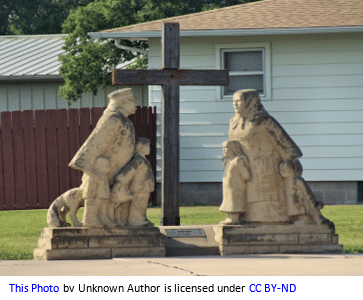 Perhaps you have heard of the term Volga Germans. Since many first settled in the Midwest and then spread to other states, many Americans can trace their ancestry to these immigrants called Volga Germans. So, who is this unique group of people and how do we get started on our Volga German genealogy work?

HISTORY OF THE VOLGA GERMANS

A thorough and excellent description is provided on the website called The Center for Volga German Studies which has been hosted by Concordia University of Portland, Oregon. Unfortunately, a recent post was seen on this website indicating Concordia 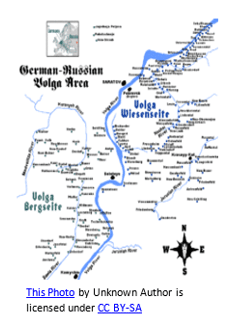 University will be closing and The Center for Volga German Studies must find a new home. However, the website appears to still be active and the following information was gathered.  From their website we learn that on 4 December 1762, Catherine the Great, Empress of Russia, issued a Manifesto regarding colonization in Russia. On 22 July 1763, she issued a second Manifesto at the end of the Seven Years’ War. “This Manifesto was perfectly timed to appeal to the war and tax weary European populace. Copies were printed in newspapers and leaflets that were distributed throughout Europe, but with a focus in the German speaking lands where much of the war had been fought.” This second Manifesto was prepared in such a way to be attractive with promises of exemption from military service, freedom of religion, a 30-year exemption from taxes, and land provided at no cost with travel expenses paid by the Russian government.[1]  Because of this latest Manifesto with its marvelous promises, many Germans came to settle the land provided by the Russian government along the Volga River. Between 1763 to 1772, 106 colonies were established. Other ethnic groups were attracted to this area, as well, but “over time, these minority groups assimilated into the dominant German culture of the colonies and all became known collectively as Wolgadeutsche (Volga Germans).” [2] 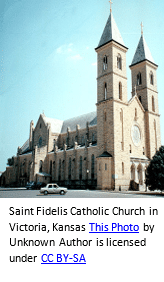 A century after the first Germans had settled in the Volga region, Russia passed legislation that revoked many of the privileges promised to them by Catherine the Great. One of these was the promise of non-military service. Many of the Germans were required to serve in the military and many fought and died in Russian wars. About the time the Russian government was reducing privileges, several nations in the Americas attempted to attract settlers by offering land and making other promises. Volga Germans began arriving in the United States around the 1870s. They began settling in the Midwest, particularly in and around Kansas and then spreading to other states in the west. They arrived in Canada in the 1890s and settled in three provinces: Alberta, Manitoba, and Saskatchewan. They also were enticed to South America and settled mainly in Argentina and Brazil. [3]

FINDING THE VILLAGE OF ORIGIN

The immigrants to the United States preferred to maintain their culture, thus some passed on the knowledge of their place of origin in the Volga colonies. However, for those who do not have the fortune of knowing the village of origin, research needs to occur to learn this vital information. An excellent article regarding how to find the Volga German village of origin was prepared by Maggie Hein. It is titled, “Volga German Genealogy Research: Documenting Your Ancestors Lives in America and Canada"

RECORDS FOR THE VILLAGE OF ORIGIN

Because of the interest of descendants of the Volga Germans, many records from the Volga region have already been gathered, digitized, and translated. In addition, many have hired genealogists to put together a pedigree and history of their ancestors which is in book form.  However, there are still some birth, marriage and death records which will need to be accessed through the local archives which has a wealth of church records. Generally, a local researcher is needed to access these records.

In addition, some villages have had church records extracted from the archives which may also be for sale.

If you are lucky, someone has done research on your ancestral surname and there is a book published and ready for purchase.  Some short biographies are also on some of the Volga German websites.

When determining what records are available for your ancestral village and where they are for sale, you will want to become familiar with the following websites.

These websites contain maps as well as a wealth of information and resources of which only the “tip of the iceberg” has been mentioned in this blog.

Eventually, after research brings you to the immigrant ancestor in the Volga colonies, you will want to learn where they came from in Germany.  One resource is a book(s) titled “Einwanderung in das Wolgagebiet, 1764-1767” by Igor Pleve.  Included in Volume I is a detailed list of the first settlers often providing their ages, occupations, families and place of origin in Germany.  Volume II also has lists of original settlers compiled in 1767-1768 for several more villages. These books are available at the Family History Library in Salt Lake City, but are not digitized at this time.  Volume 1 is for sale at the AHSGR website.

Another good source to check is the biography section on both the Center for Volga German Studies and the Volga German Institute. Even if your ancestor isn’t listed, you might look for one with the same surname and perhaps it will provide a clue to helping you locate the German village of origin.

Doing Volga German genealogy work can truly be a wonderful adventure.  They brought much of their culture to America with German-style churches, distinctive cemeteries, food, family and language as well as their hardy strength of character.  There are many records to be searched and people ready to answer questions. If you need help in this adventure, Price Genealogy has experts ready to assist.

Do you have any other questions about Volga German genealogy?  Let us know in a comment below!