Now that you are an expert in research in Wales, with 3 blogs (here, here and here) under your belt, let’s look at one of the problems you are likely to find in your Welsh family, based on the issues we have discussed in earlier blogs.

Eleanor Llewelyn was christened in the parish of Cadoxton, Glamorganshire. The christening was dated 24 October 1813. The baptism record shows her parents as John and Mary Llewelyn.

That all looks pretty straightforward and a search could be made for a marriage for John Llewelyn and Mary, probably before 1813.

A marriage was found for John Llewelyn, dated 10 August 1811 in Margam, Glamorganishre. The bride’s name is shown as Mary Ann Jenkins. 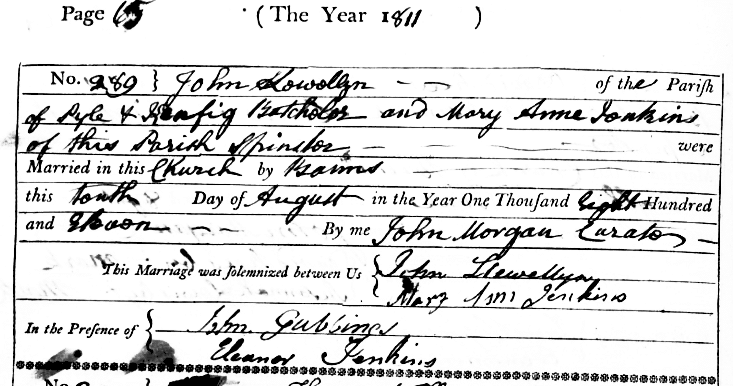 Everything falls in place quite nicely, until a search is made for a baptism for Mary Ann Jenkins, in Glamorganshire between 1770 and 1795, using the excellent Glamorganshire Baptisms collection on www.findmypast.com. Only one exact match is found for a christening of Mary Ann Jenkins. The christening found was dated 9 August 1771, in the parish of St Mary, Swansea. A christening in 1771 would mean that Mary Ann was around 40 years of age at the time of her marriage. Allowing for variant spellings, the index shows 113 results for Mary Jenkin(s).

Now is the time to ask some critical questions:

Let’s consider another factor in Welsh research. The proximity of England to Wales must be considered when conducting research for Welsh families.

Remember that the border between Wales and England is invisible and many people moved across that invisible border. How many of your “Welsh” ancestors may have English origins? Were your ancestors miners? Could they have moved to Wales when their English mine closed down? Were they mariners and moved to Wales to work on a new ship? Give some serious consideration to their names – are they typical Welsh names? Remember that the towns in South Wales, such as Cardiff and Swansea, were quite heavily influenced by England and at certain times many English people lived there.

This example from the 1871 census is typical of the counties represented in Swansea in the 1800s: 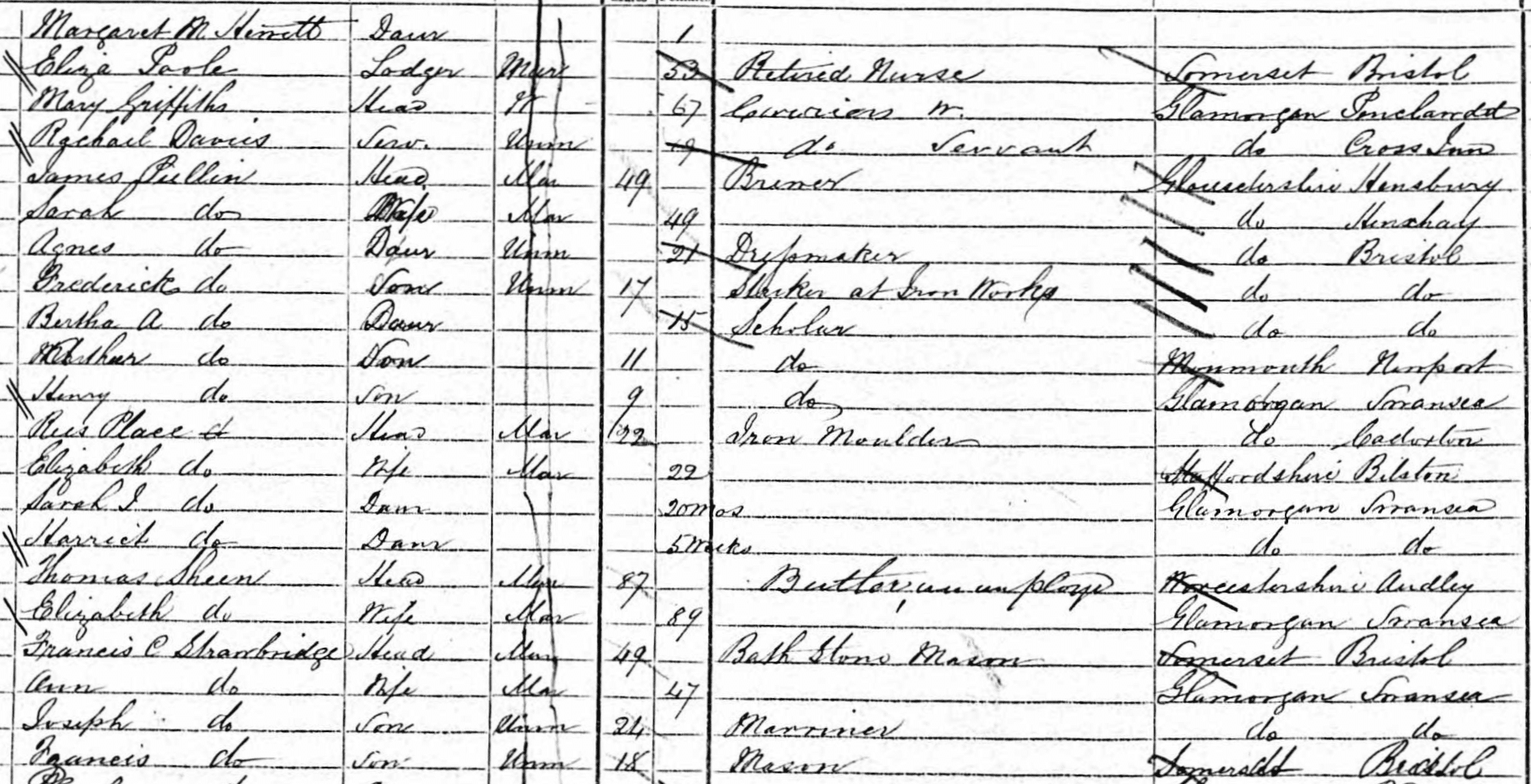 In addition to the Welsh counties shown in this census example, the English counties of Somerset, Gloucestershire, Staffordshire and Worcestershire are also found.

The English counties of Shropshire, Cheshire, Herefordshire and Gloucestershire all border Wales and Somersetshire and Devonshire are just across the narrow Bristol Channel. 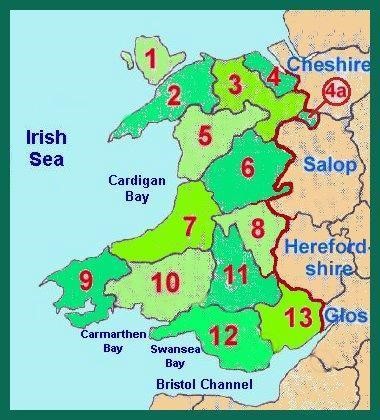 Always remember that Wales is a separate country but shares not only boundaries but also history with England. During many centuries there was great conflict with England but England still provided economic benefits for many Welsh people. As we have discussed before, South Wales was closely tied to England and felt greatly influenced by England. Welsh people from the northern part of the country may have used Cheshire as a gateway to the North of England during the Industrial Revolution. Are you having a difficult time finding the marriage of your Welsh ancestor? Consider that many young Welsh people moved across the border for short periods of time for employment and may have married in England before returning to Wales to raise their families. Even though it was a little less common, some people from England chose to move to Wales. In my own family, two different family lines moved from western England to raise their families in Wales. Keep an open mind and keep searching!

At Price Genealogy we have over forty years of experience helping people with their Welsh genealogy. We are happy to help you break through your brick walls.